Many residents filmed the aftermath and shared the video with 11Alive. What they saw, many describe as unreal. 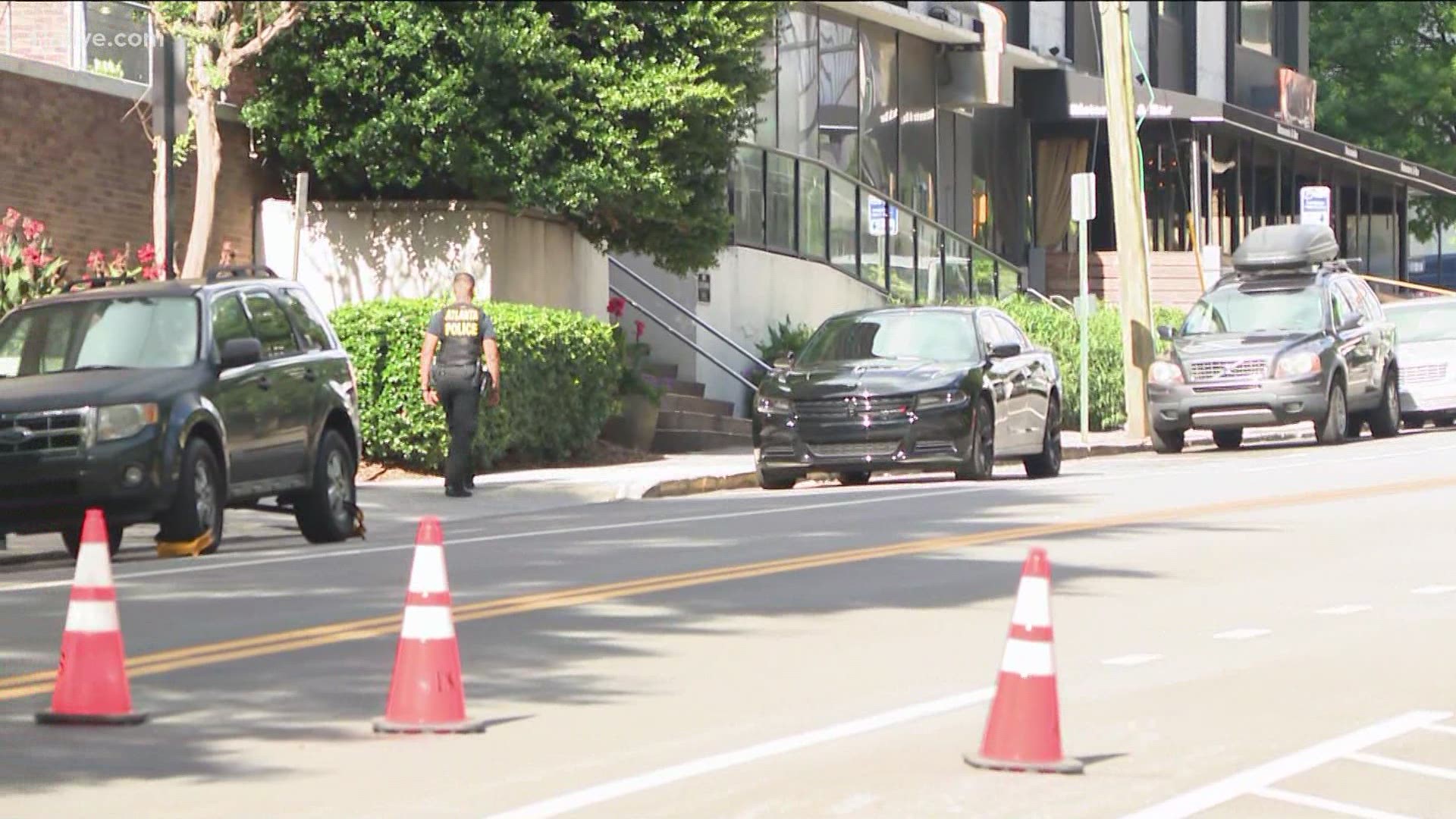 ATLANTA — Residents described a chaotic scene after Atlanta police officers were ambushed with gunfire as they responded to a "shots fired" call at an apartment building on Peachtree Street Wednesday.

One officer was taken to Grady Hospital after being shot in the face, police said.

Many people were still inside the apartment building as law enforcement rushed to the scene to begin piecing together what might have led up to the shooting.

"It kept repeating, so I thought, wow, you kinda know that it's gunshots," said one resident at Solace Peachtree Apartments, where the shooting happened.

According to Atlanta Police Chief Rodney Bryant, two APD officers were immediately approached with gunfire, as soon as the elevator door opened on the eighth floor of the building located at 710 Peachtree Street.

That is where both the suspect and officer were shot. The suspect died from his injuries. The officer hit in the face is in stable condition, Bryant said.

RELATED: What we know about Atlanta officer shot during ambush

"While so many of us run from danger, our officers run to danger and that is what happened today," Atlanta Mayor Keisha Lance Bottoms said." These officers were ambushed and even with one of the officers being struck, they quickly responded and the courage that was displayed, really I don't have the words to describe."

Many residents filmed the aftermath and shared the video with 11Alive. One video showed police carrying the wounded cop to safety.

Others described what they saw during the frantic scene.

"Usually sometimes it be false alarms, but this time it was real," said Douglas.

Another resident said told 11Alive he was ready to move.

Chief Bryant called the officers heroic for their actions. He said he was also planning to go meet with the second officer who was on the scene during the ambush.

As for the suspect who was killed during what Bryant described as a "shootout," he said more information would be released after they are able to identify him.