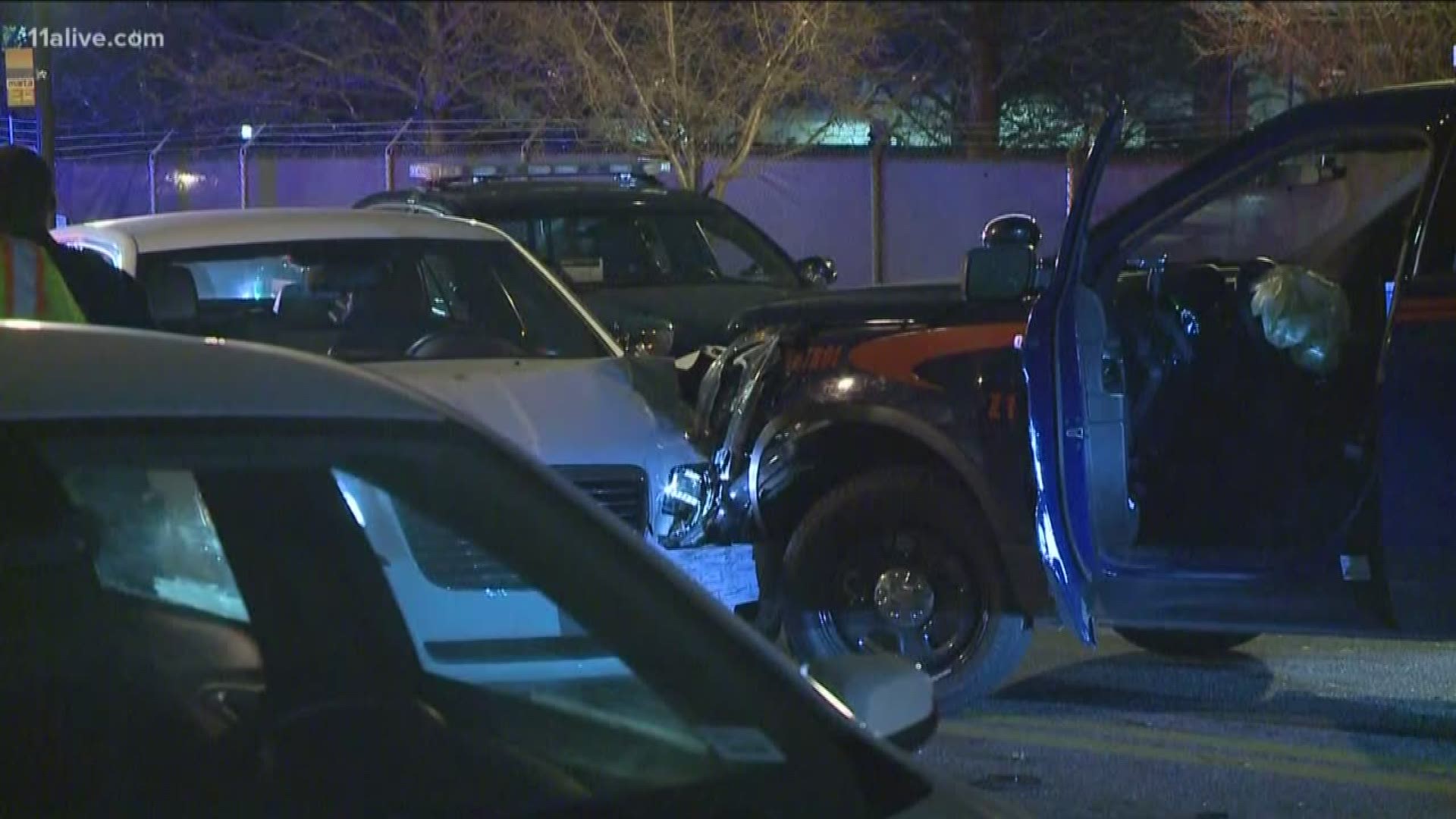 ATLANTA — A woman was arrested and charged with DUI in southwest Atlanta early Saturday morning when a car she was driving struck an Atlanta Police car.

According to Atlanta Police, it happened on Joseph E. Lowery Boulevard, S.W., near the intersection wtih Sells Avenue, S.W., near Morehouse College.

Sgt. John Chafee said the officer was parked on the median at about 2 a.m. completing paperwork, when a white Chrysler 300 drove onto the median and struck the front of the patrol car.

The cruiser had its blue lights on in the "steady" state, Chafee said, and not flashing at the time of the incident.

The driver of the Chrysler, 27-year-old Candyce Howell, was arrested and charged with driving under the influence of alcohol, failure to maintain lane and reckless driving.

Trump-hat-wearing Santa pulled from Georgia mall; 'This particular Santa will be replaced'