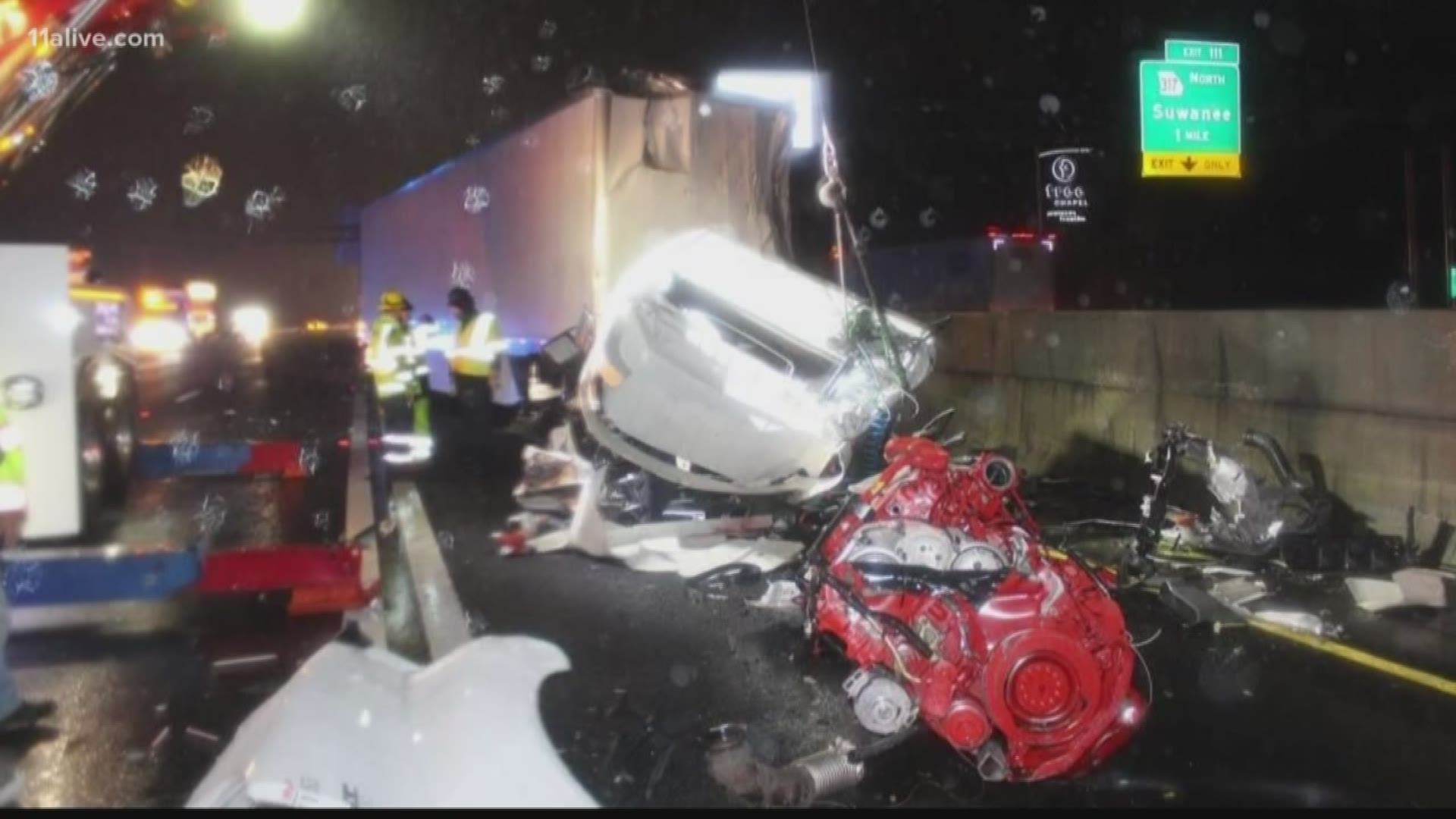 SUWANEE, Ga. — A 28-year-old Buford woman was charged in a wreck that killed two people early this morning near Suwanee.

After being released from the hospital on Friday, Leah Knox was arrested and charged with homicide by vehicle, failure to maintain lane, and driving too fast for conditions, Gwinnett Police said.

At around 1:30 a.m, officers responded to the crash on Interstate 85 southbound between Lawrenceville-Suwanee Road and Old Peachtree Road in unincorporated Suwanee.

They said two commercial tractor trailers and a passenger car were involved.

The drivers of both commercial tractor trailers were dead, police said. The driver of the car was taken to the hospital with injuries not believed to be life-threatening.

"Based on the preliminary investigation, evidence at the scene, and witness statements, it appears as though the incident began when the driver of the passenger car, Leah Knox lost control of her grey 2009 Mitsubishi Eclipse and made impact with a guardrail on the right side of the roadway," they said in a news release.

"The movements of the second tractor trailer are still being investigated, but investigators are looking in to the possibility that it made impact with the Mitsubishi and/or the other tractor trailer after their impacts," they said.

The driver of the second tractor trailer has been identified as 50-year-old Raymond Samuel, of Decatur.

Notification has been made for the families of both Kent and Samuel.