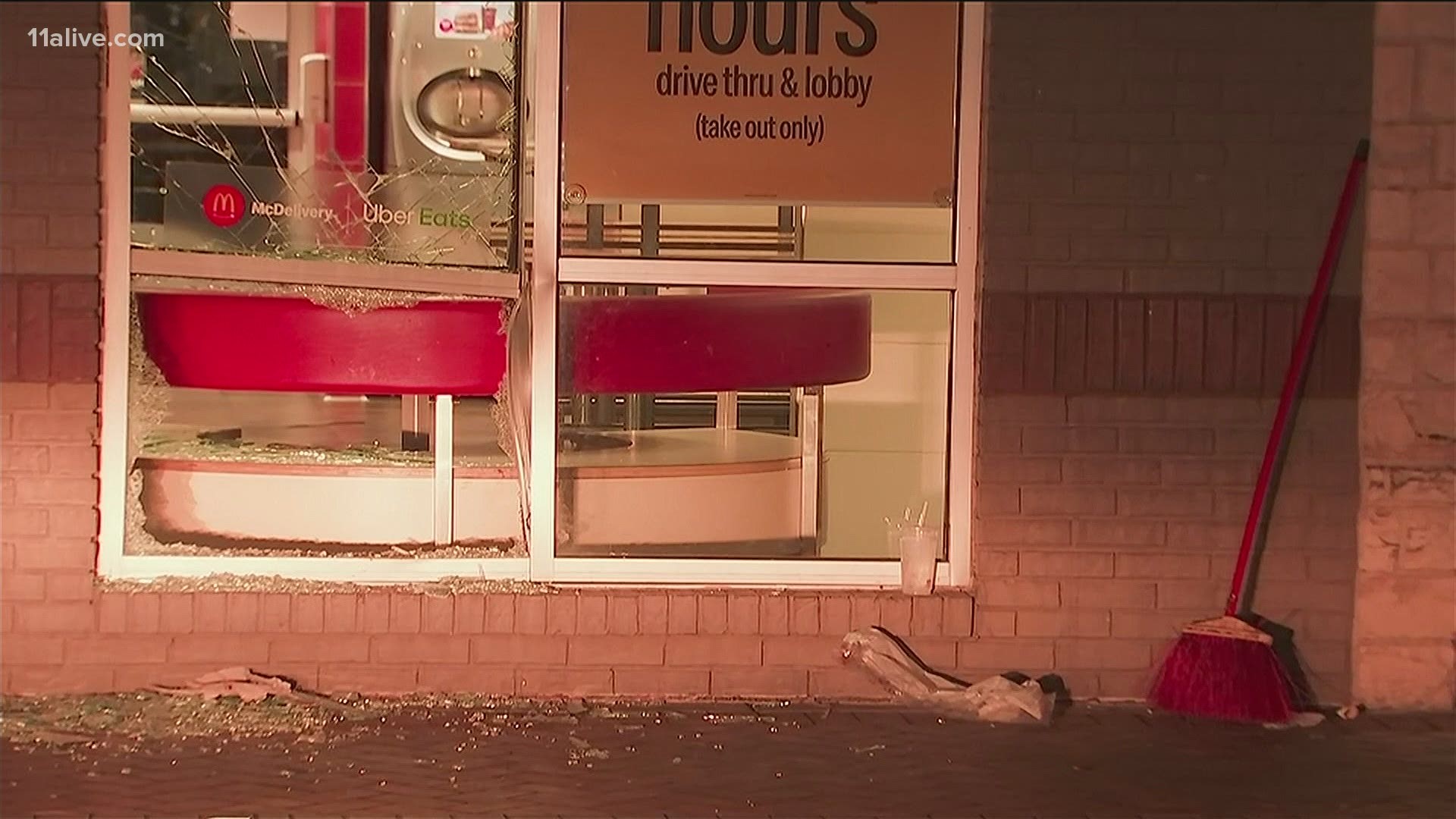 ATLANTA — One woman is in jail and another in the hospital after an employee was hit by a car while trying to break up a fight in a McDonald's parking lot on Friday.

Police said they went to the McDonald's in the 1100 block of Northside Drive around 12:30 a.m. Friday morning. When they arrived, the victim had already been taken to the hospital.

Witnesses told police the victim, who works at McDonald's, was trying to break up a fight between two workers - one of them Destiny Allen.

She then went outside to make sure Allen was leaving. Police said witnesses told them Allen and the other employee were still arguing as she got into her car.

She then put her car in reverse and hit the victim, which cause her to go into the window panel at the restaurant, according to police.

Allen was arrested at the scene, charged with aggravated assault and criminal damage, and taken to the Fulton County jail. The victim suffered leg injuries. Atlanta Police said she was last reported to be stable.