Punched, kidnapped, and carjacked | Mom jumps from moving car with her baby

Police said the man reached for what the victim believed was a gun and punched her in the face multiple times. 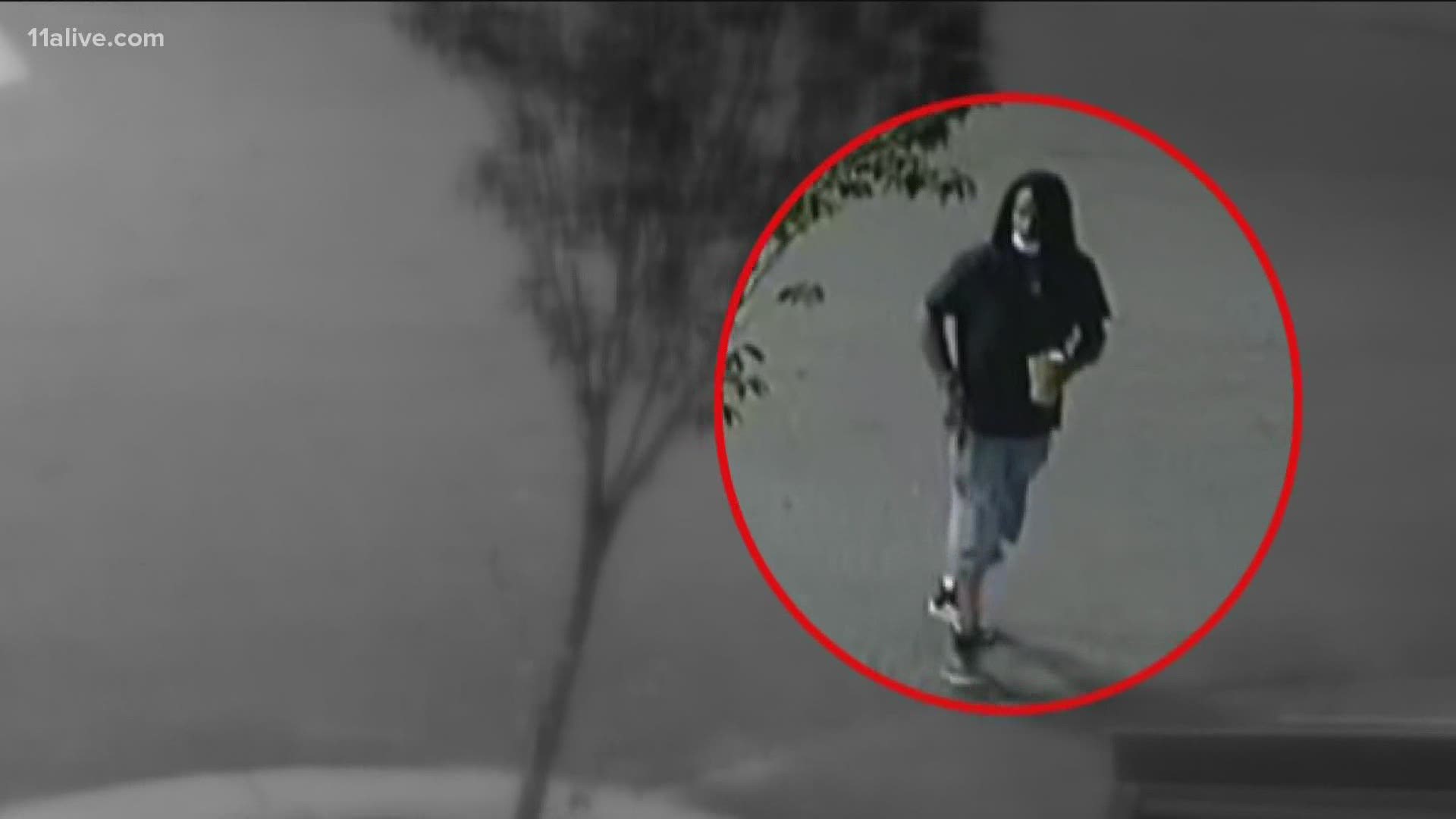 DULUTH, Ga. — Fearing for her life, a woman jumped from a moving car with her baby to escape a man who just carjacked and kidnapped them.

The Gwinnett County Police Department is asking for the public’s help in identifying the man who was captured on video committing the crime on Aug. 18.

Police said a woman stopped at the Exxon gas station off Boggs Road in Duluth to park and eat some food she just bought.

The victim can be seen on surveillance eating her food at the trunk area of her car while her 1-year-old child is asleep inside, police said.

"While the victim was eating, a male can be seen walking up the roadway to the gas station on foot," Gwinnett Police Cpl. Collin Flynn said. "When he sees the victim, he changes direction and walks over to her. The victim was visibly startled by the male when he walked up behind her."

Flynn said the man reached for what the victim believed was a gun and punched her in the face multiple times.

The man told the woman to get in the back seat of the car with her baby while he got in the driver’s seat. The car can be seen on surveillance leaving the scene with two of the car doors wide open.

While the man was driving away with the woman and her baby, he demanded money from her, according to a police report. He also told her that he was going to choke her and kill her.

"Fearing for her life, the victim grabbed her baby’s car seat with the child inside and jumped from the vehicle," Flynn said.

As she jumped from the vehicle, the suspect kept driving. The victim was treated for injuries sustained in the fall. Police said her child was not hurt.

The victim’s car was located the following day abandoned in the city of Duluth, police said.

The suspect is described as a 35-to-40-year-old Black man. Police say he appears to be about 6-feet tall and 200 pounds with a "thin build." He was wearing blue shorts and a black shirt and "appears to have long hair."

Police say the victim had never met the suspect before and it appears this was a random crime.

If anyone has any information to share in this case, please contact GCPD detectives at 770-513-5300. To remain anonymous, tipsters should contact Crime Stoppers at 404-577-TIPS (8477) or visit www.stopcrimeATL.com. Crime Stoppers tipsters can receive a cash reward for information leading to an arrest and indictment in this case. Case Number: 20-061554