'He was just telling me that the date cost too much that I’m not worth that.' 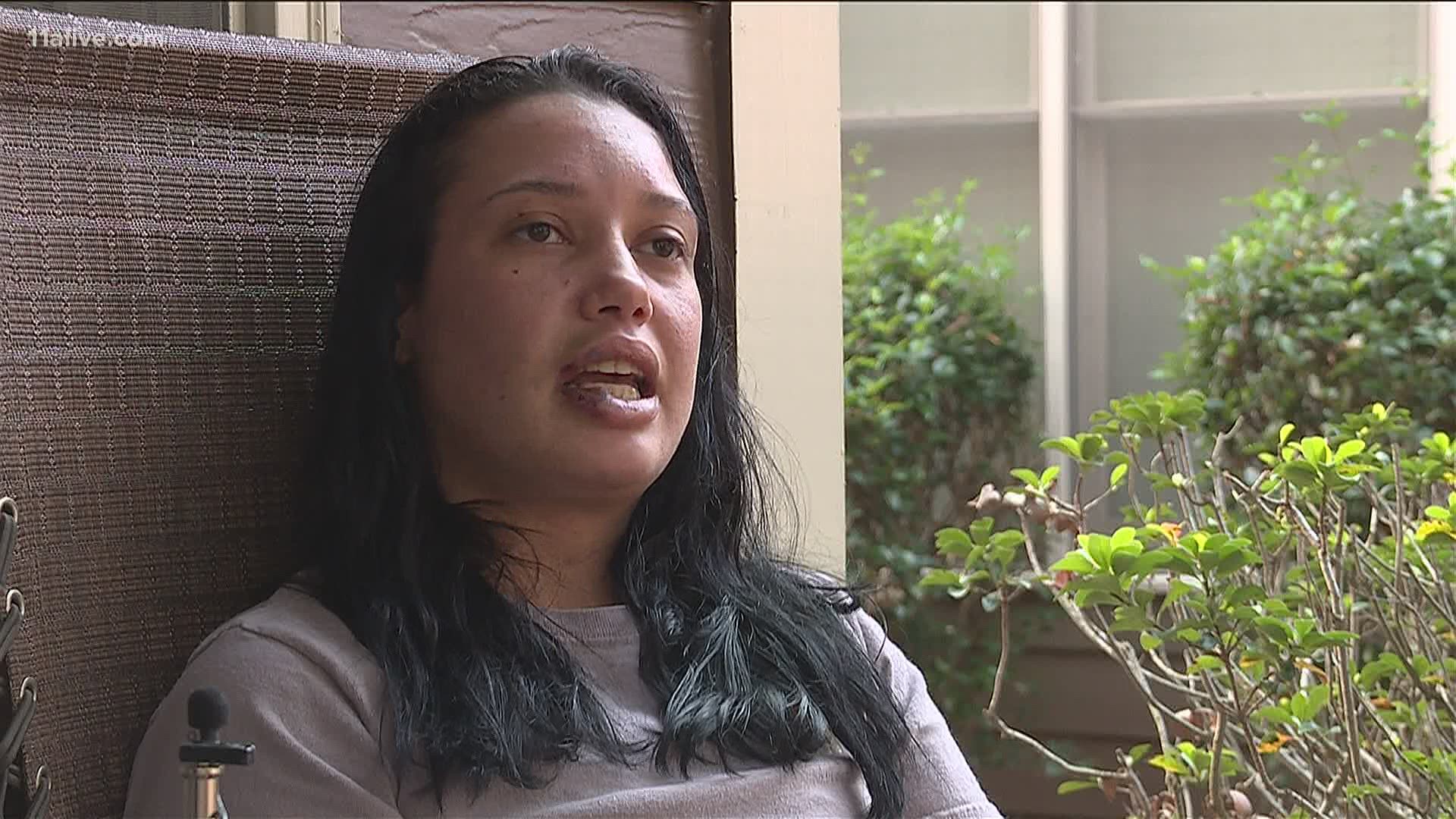 ATLANTA — Bruised lips and an aching body only tell part of Brittany Correri’s story, one that still haunts her.

Correri said on Wednesday night, she went on a first date with a man named “Ben” she met through dating app. She said everything started smoothly and he even met her friends and family.

But later that night into Thursday morning, after leaving Hide Lounge in Buckhead, Correri said her date turned violent.

“He started beating me in my head, punching me everywhere - my forehead, my temples, my cheeks, jaws, throat, arms, my back. He was just telling me that the date cost too much that I’m not worth that,” she told 11Alive.

She said at one point, things escalated even more when he pulled a gun on her.

“I just believe that he was dead set on killing me,” said Correri.

She said at that point, they were stopped in northwest Atlanta at the Westside Provisions District.

“He’s dragging me and beating me and there just happens to be a security guard there. She comes running and taking pictures and I think he gets spooked. It was literally like by the grace of God. I believe in God,” she said.

Atlanta Police said officers responded to the area around 6:30 a.m. Thursday and met with security. Investigators think Correri’s date drove her around in his white BMW for about an hour before they stopped on Howell Mill Road NW.

Correri showed 11Alive video from her Ring camera capturing the white BMW she said her date was driving when he picked her up for their date. Correri said she can’t help but wonder if her date’s intentions from the beginning was to hurt her.

“It almost felt like a setup of a situation,” she said.

Atlanta Police are still working to find out where the man is along with his identity.