Police say the woman was shot in the leg after a fight she wasn't involved in broke out. 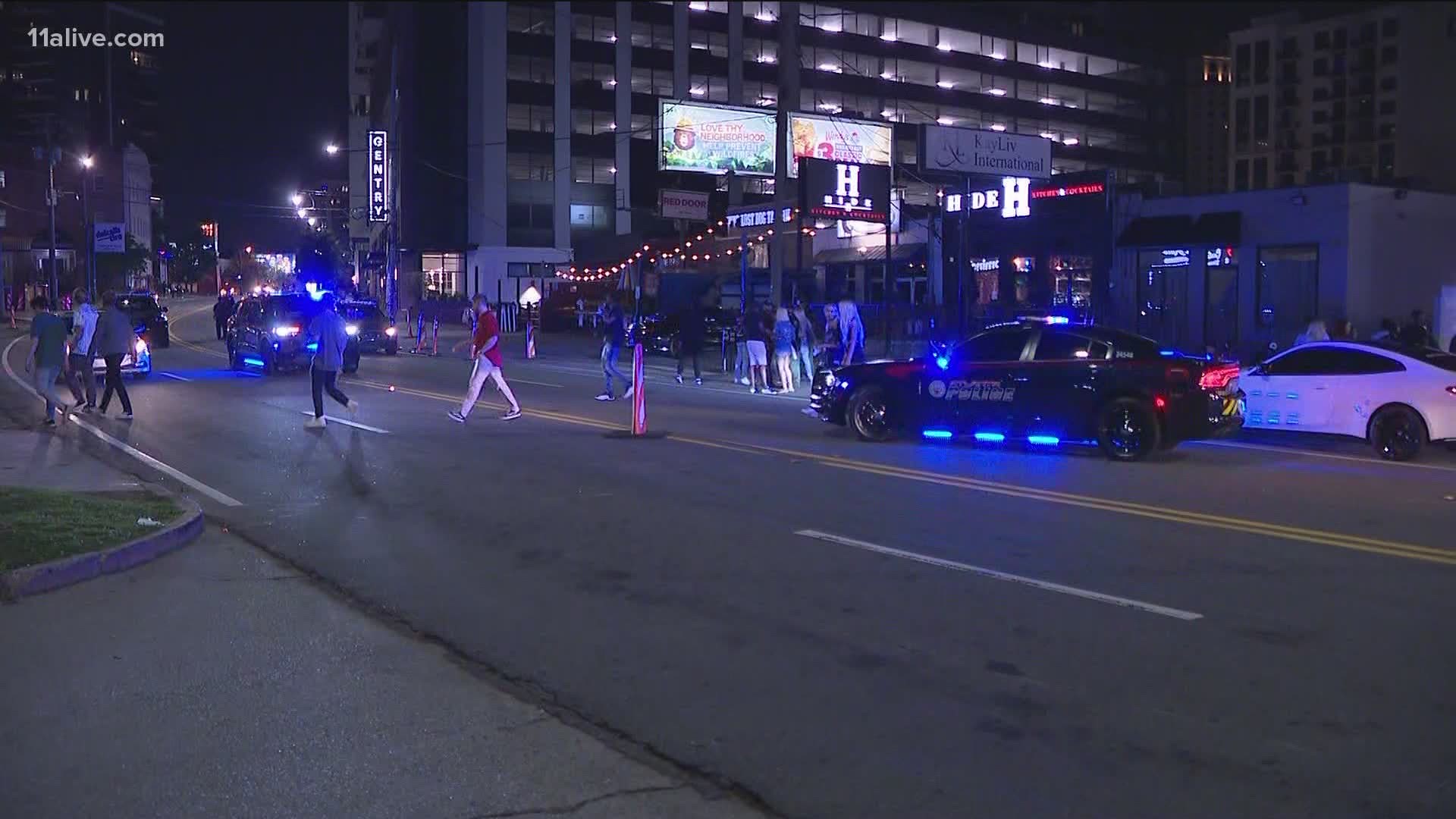 ATLANTA — A woman was shot after getting caught in the crossfire outside a Buckhead cocktail lounge.

Police say the victim was shot in the leg after a fight broke out inside Hide Kitchen & Cocktails on Roswell Rd. and spilled outside.

They said the woman wasn't involved in the fight.

"Witnesses stated that after several patrons were asked to leave the location an unknown male engaged in a verbal altercation with security which led to several shots being fired, the suspect then fled the location," a police statement said. "The victim did not appear to be the intended target and was transported to Grady alert, conscious, and breathing."