The woman resisted arrest and bit the officer’s hand, according to the police report. 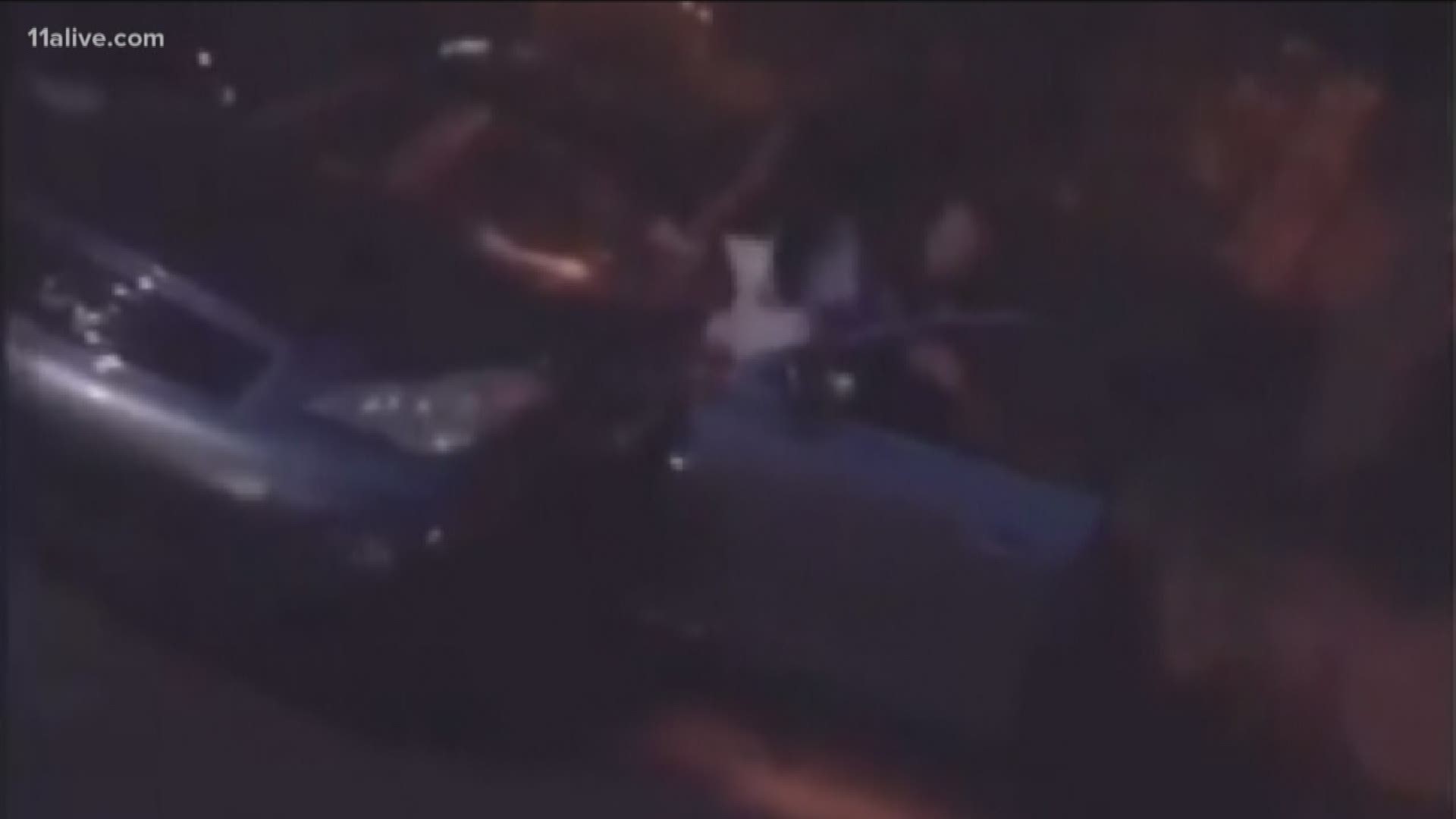 ATLANTA — Video of a woman being tased and punched by an Atlanta Police officer is shocking people online – and the whole thing unfolded in front of her young daughter.

An officer patrolling Boulevard NE went behind an apartment complex and spotted a woman sitting in a silver Infiniti car. According to the Atlanta Police incident report, the officer had been advised to be on the lookout for a car of that model, so he approached the woman in the front seat -- Maggie Thomas.

The officer asked Thomas if the car was hers and she said it was. The car was not insured and the officer advised her not to drive it. The officer noted in his report that Thomas became “agitated” and asked why he was looking at her car and what he was doing behind her apartment complex. The officer said he didn’t have to tell her anything and gave her his supervisors’ information when she asked for it, according to the report. She also allegedly said that "a white officer should not be harassing her."

As the officer got a block away, he “began to wonder why she became so agitated at my mere presence,” the report stated. He ran her name through a criminal database and found that she had an outstanding warrant for a speeding ticket out of Atlanta.

The officer called backup and went back to the apartment, where Thomas was sitting in the car with her 4-year-old daughter, who was standing in the front passenger seat.

Because she was holding her child, the officer waited for backup. Thomas called 911 and began to honk the car horn with her head, getting people to come out of the apartment, according to the report. A woman came out to grab the little girl and took her phone and the officer took Thomas to the ground.

That’s when people in the crowd started filming. One of the videos has been shared by attorney Gerald Griggs, who has represented several high-profile cases in the Atlanta area.

“I have been retained to investigate and defend the charges against Ms. Thomas. This is yet another example of police brutality with the City of Atlanta Police Department,” Griggs said in a statement to 11Alive Saturday morning. “I look forward to speaking with Police Chief Erika Shields and the Prosecutor about this case immediately. No citizen should be brutalized this way over a speeding ticket. The officer should be immediately removed from duty pending investigation.”

In the video released by Griggs, the little girl is seen running frantically and screaming as the police officer laid on top of her mother.

“Are you trying to kill me?” Thomas can be heard saying in the video as the officer sat on top of her, trying to restrain her.

Credit: Attorney Gerald Griggs
A woman was punched and tased by Atlanta Police after resisting arrest. She had a warrant for an outstanding speeding ticket.

“You’re a guy,” a man is heard saying in the background of the video.

Thomas refused to give the officer her right hand and he tased her, according to the police report. In the video, she screamed for help while her little girl asked if she was going to jail.

In an interview with 11Alive's Nick Sturdivant, Griggs said that his client should have been protected by her Fourth Amendment rights, protecting her against unlawful search and seizure.

"It's just ludicrous, you could easily suspend a person's license and give them a copy of charges and let them come to appear in court," Griggs said. "But it turns out, there was no active warrant. You have the right to resist unlawful arrest and (this officer) escalated it further."

As the officer gained control of Thomas, she began to resist again as he tried to get her into his police car, according to the report.

“I am not getting in your car!” she can be heard yelling in the video.

She bit the officer in the hand and he immediately punched her in the face, causing her to fall to the ground, according to the police report. Two other officers arrived on scene and got her into the car.

“I cannot believe this,” Thomas is heard saying in the video.

"At no point did she bite the police officer. We have all the video image. If someone bites you, you're going to see it. It's going to break the skin," Griggs said. "The video shows that he punched her in the face while she was handcuffed. There is no need to use that kind of force on someone who is handcuffed."

The little girl’s father took her away from the scene. Officers searched the car but could not find her ID or the keys for the vehicle, according to the report. The vehicle was left in the parking lot.

When the officer tried to confirm the warrant, he was unable to do so because the City of Atlanta computers were down, he indicated in his report.

"The incident has been referred to our Office of Professional Standards and the officer has been placed on paid administrative assignment," said Atlanta Police Sgt. John Chafee in a release. "The department is working to gather all of the facts surrounding this incident."

Thomas was charged with disorderly conduct physical obstruction. She had a swollen left eye and was treated by medical staff. They also examined the officer’s hand, which had no visible bite marks, according to the report. Thomas was taken to Atlanta City Jail.

Credit: Fulton County Jail
Maggie Malika Thomas was arrested after she became combative with an Atlanta Police officer outside her apartment complex. She was tased and punched after failing to compy.

"I believe she will be completely exonerated and I believe this officer will be held accountable," Griggs said. "This has to stop ... for a city 'too busy to hate,' it's time to address this issue. It's time for the city to do more, accept responsibility and change its policing processes. Hold these officers accountable. No more paid leave. It's time for termination." 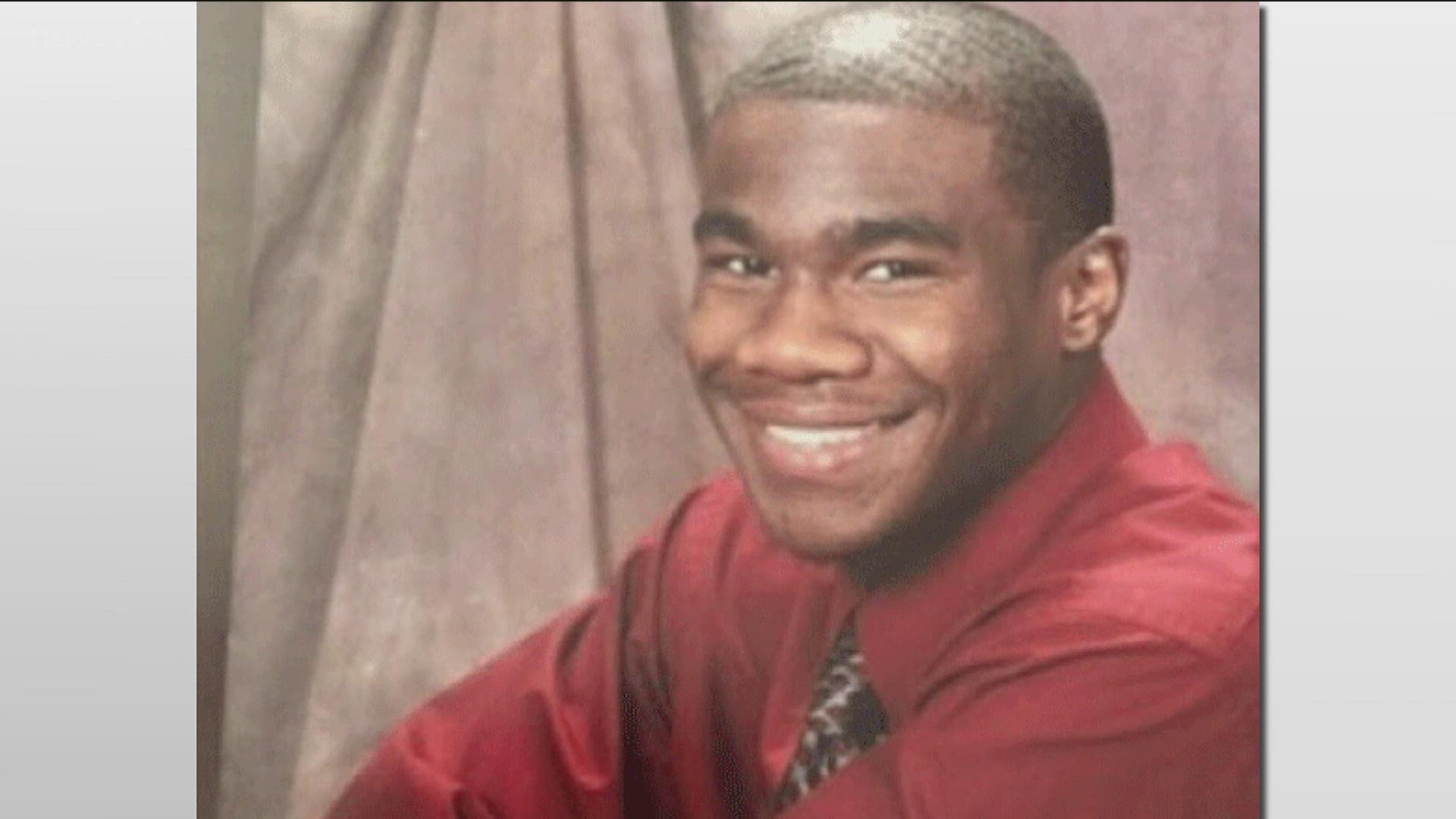