A woman visiting Atlanta was struck by a stray bullet. She's still recovering and figuring out how to make it home.

According to her husband, she was on her way back from dinner in a rideshare in Downtown Atlanta when it happened. 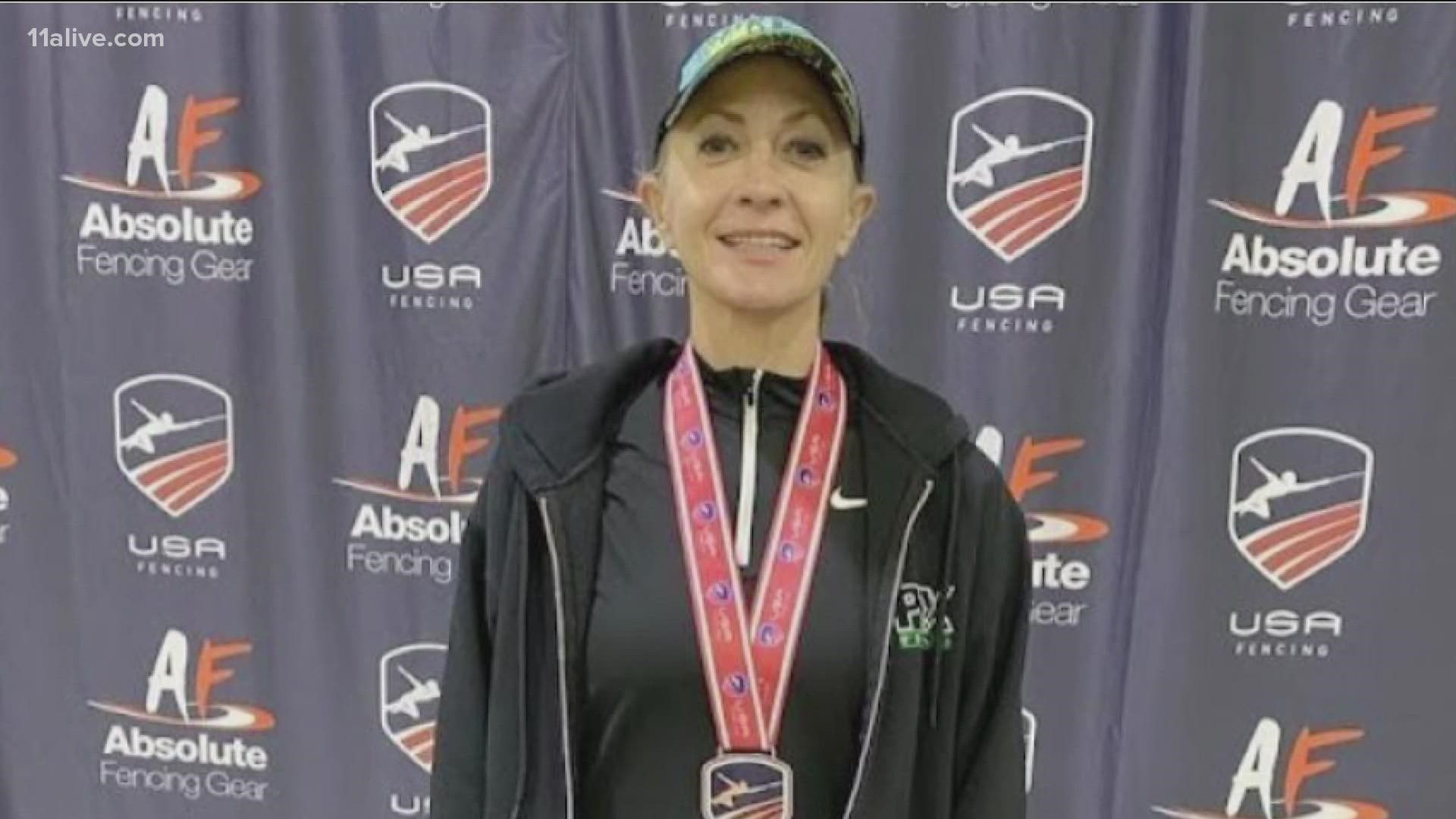 ATLANTA — An Oregon woman is in the hospital, fighting to get back home after a stray bullet struck her in northwest Atlanta nearly three weeks ago while riding in the back of a rideshare.

According to her husband, she was coming back from dinner.

Jamie Willemse came to Atlanta for the first time to compete in a national fencing competition. She came in third place in her category, but the celebration didn't last long.

A stray bullet from gunfire on Baker Street NW hit the 53-year-old to the left of her spine causing critical internal injuries, and forcing a two-hour emergency surgery at Grady Hospital.

"It’s a pretty horrific thing to have a loved one go through. I’m keeping it together for Jamie," said Jan, her husband of five years.

"Putting people in that kind of danger, that kind of jeopardy there should be consequences for that and so that’s what we would hope to see," said Jan.

Because of the kind of injury Jamie sustained, she will not be able to fly when she is released from the hospital.

Friends have set up an online fundraiser to help with costs when she is discharged. No date has been given for it yet, she is making progress.

"She’s a very strong individual and I think the fact that she’s an athlete has made a huge difference in her ability to tolerate what she’s going through" said her husband.

Anyone with information on the suspects is asked to contact crime stoppers. A $2,000 reward is being offered.