Woman who allegedly pursued and killed man after hit-and-run can be released on bond, judge rules

Hannah Payne, 21, is charged with murdering 62-year-old Kenneth Herring earlier this month after following him from a hit-and-run scene. 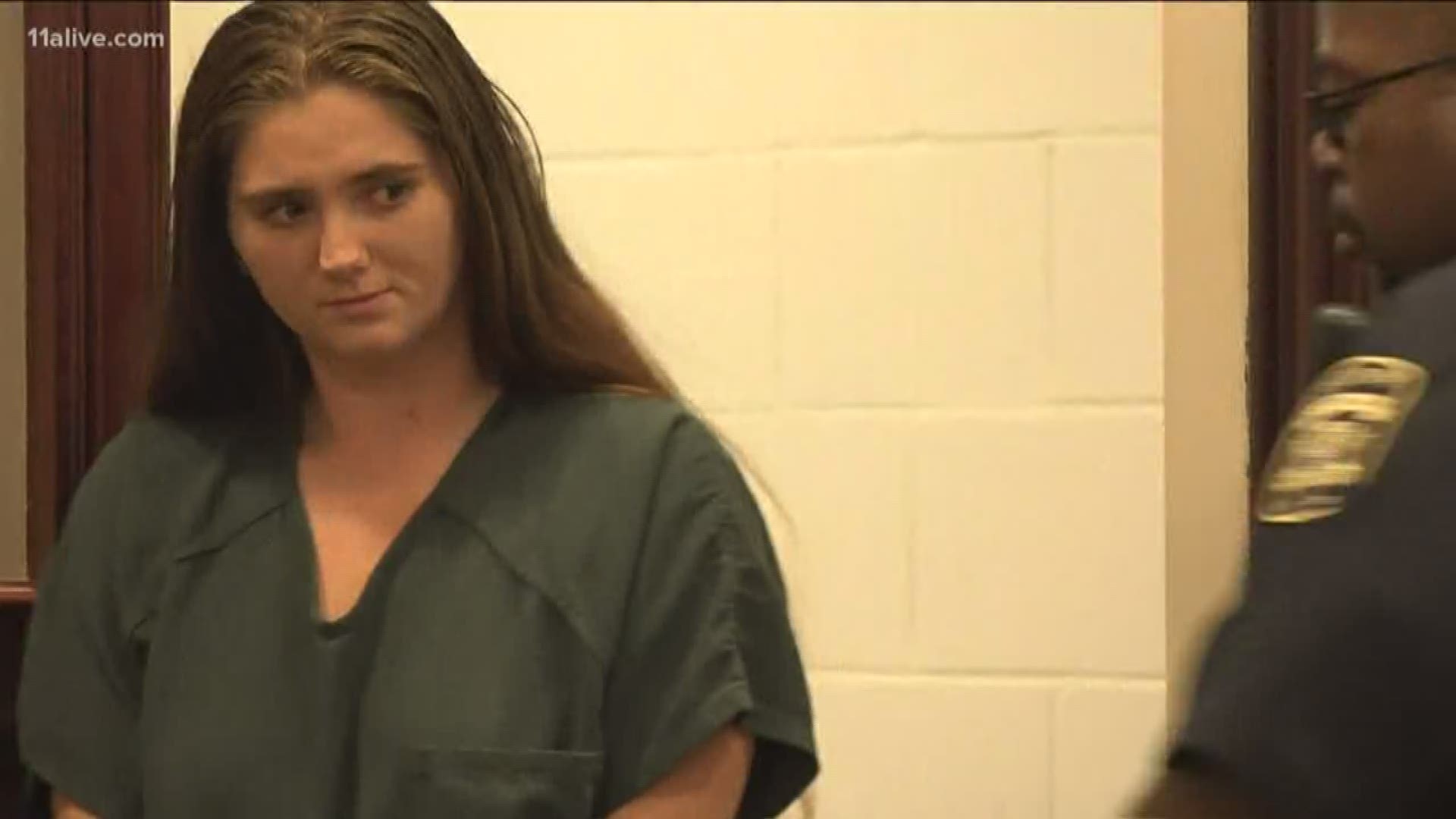 CLAYTON COUNTY, Ga. — A woman who followed a man after a hit-and-run and allegedly shot and killed him can be released on bond as she awaits a murder trial, a judge in Clayton County ruled Friday morning.

Hannah Payne, 21, is charged with murder in the death of 62-year-old Kenneth Herring.

A preliminary hearing determined earlier this week there was probable cause to proceed with her prosecution. Conditions of her bond, set at $100,000, include requirements that she wear an ankle monitor and stay away from the other principles involved in the case.

She is also not allowed to carry a gun.

Herring ran a red light and crashed into a semi truck the morning of May 7. Payne witnessed the accident, but was not involved in it.

RELATED: Shot dead after a hit and run: A witness accused of murder; the victim may have been in diabetic shock

A detective testified earlier this week that Herring stayed on the scene for roughly 20 minutes, but then tried to leave in the midst of an apparent medical emergency that another witness described as “probably like diabetic shock.”

Payne followed him about a mile down the road and then blocked his car. Multiple witnesses told Detective Keon Hayward of Clayton County Police that Payne, who had a gun holstered at her side, got out her car and demanded he return to the scene of the accident.

She allegedly struck him several times as he sat in the driver’s seat of his car, and the altercation ended with her gun firing and killing Herring.

Clayton County District Attorney Tracy Graham Lawson has charged that Payne was the clear aggressor in the situation and acted like “she thinks she’s the police, or wants to be a police officer.”

“She’s blocked him in and he has nothing [is unarmed], and then she shoots him,” the district attorney said at a preliminary hearing this week.

Payne’s defense attorney characterized it as a citizen’s arrest gone wrong, with the woman acting in self-defense, exacerbated by unclear directions from a 911 operator who told her to stay at the crash scene but try to get Herring’s vehicle tag number.

Citizen’s arrests are only permitted in Georgia for felonies – a hit-and-run is a misdemeanor offense.

Herring’s wife, Christine Herring, and activists who accompanied her at a press conference after the preliminary hearing, decried it as a vigilante killing and compared it to the death of Trayvon Martin at the hands of George Zimmerman. Payne is white and Herring was black.

“I believe she’s gonna be found guilty cause everything points to her,” Christine Herring said. “She was the one following the man a whole mile, and then shot him... she was trying to act like the police.”

Payne allegedly told Herring, “Get out of the f****** car, I’m going to shoot you,” before shooting and killing him, Hayward testified at the preliminary hearing on Tuesday.

Payne's family and friends who came to the court to support her rejected that there was any racial animus to Payne's actions.

"Hannah is not the person that they are saying she is, she's not at all," her mother, Margaret Payne, said. "She's the sweetest, most caring, does not see color, does not see race, nothing at all."

Her boyfriend, Edgar Jimenez, who said he is Dominican, and Mikaya Franklin, who said she was Payne's best friend and is black, echoed those comments.

"That's not the case, and I can say that personally because I know Hannah and if that was the case I would not be friends with her," Franklin said.

Christine Herring however said she didn't think bond was warranted.

"She shouldn't have got a bond, I know that," she said. "Nobody else got a bond for the same thing."