The GHB was discovered by a K-9 officer during a traffic stop, the sheriff's office said. 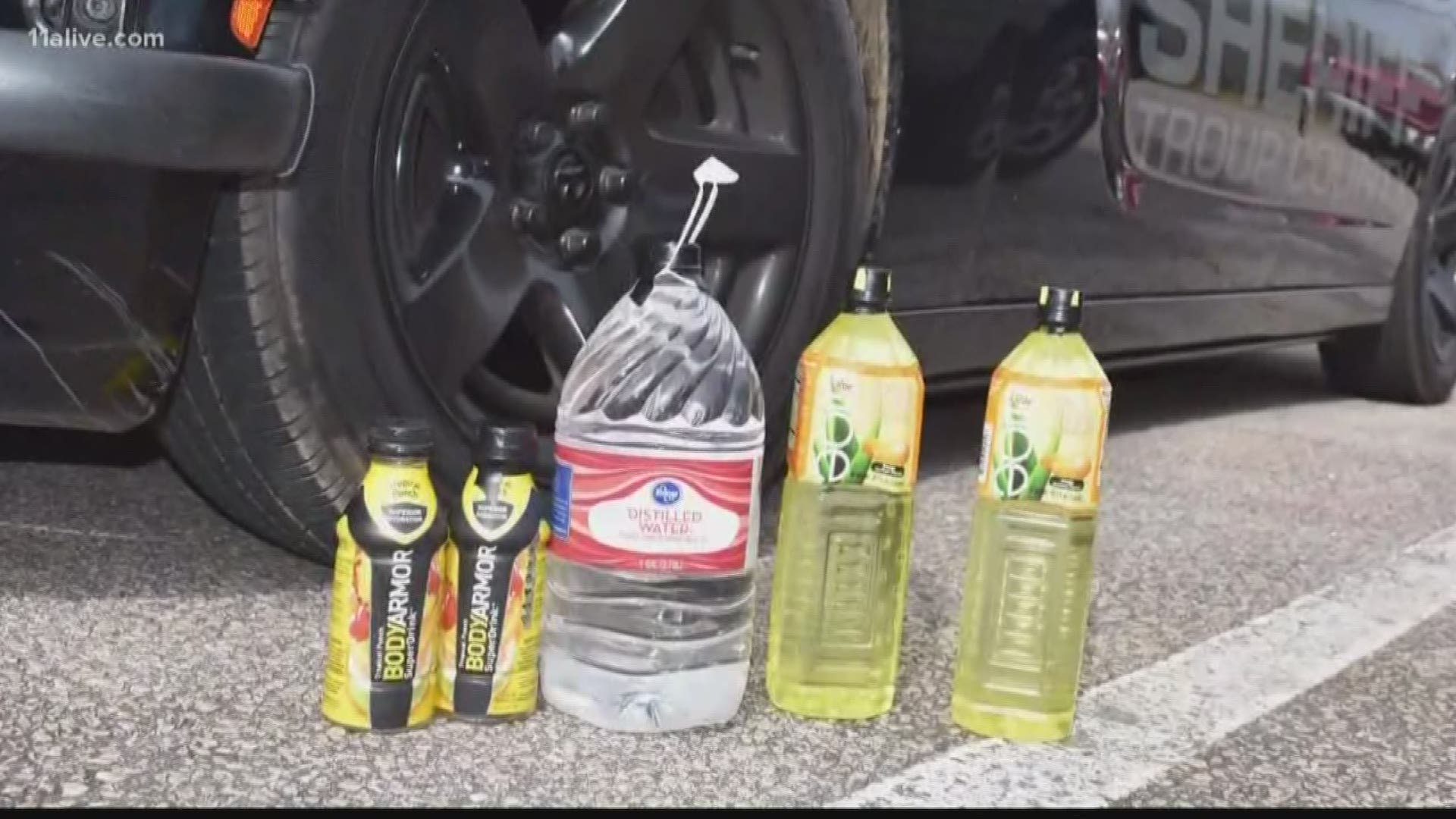 TROUP COUNTY, Ga. — Two women were arrested in Troup County last week, the sheriff's office says, after they were pulled over carrying two gallons of a "date rape" substance known as GHB.

The liquid drug, gamma hydroxybutyrate, is described by the Drug Enforcement Agency as being "misused for (its) ability to increase libido, suggestability, passivity, and to cause amnesia ... traits that make users vulnerable to sexual assault and other criminal acts."

According to the Troup County Sheriff's Office, 47-year-old Ashley Prince and 26-year-old Jessica Partridge, both of Alabama, were stopped on I-85 South for a window tint violation on Friday.

A K-9 officer, Chapo, sniffed around the vehicle and "indicated to the presence of narcotic odor coming from the vehicle."

That's when deputies discovered the two gallons of GHB. It was potentially 4,000 doses of GHP.

“The typical dosage equals about to a capful, like a bottle-top capful," said Sgt. Stewart Smith of Troup County Sheriff's Office. "And each one of those dosages goes for around $5 to $15, is about the average.”

A picture released by the sheriff's office shows it was bottled to look like water, a sports drink and aloe vera juice.

The women face charges of possession of GHB with intent to distribute, the Troup County Sheriff's Office said. Prince will also face charges in Lee County.