Police say four marked Cobb County Police Department vehicles had been dropped off for service had windows shattered and damage to the trunks and interiors. 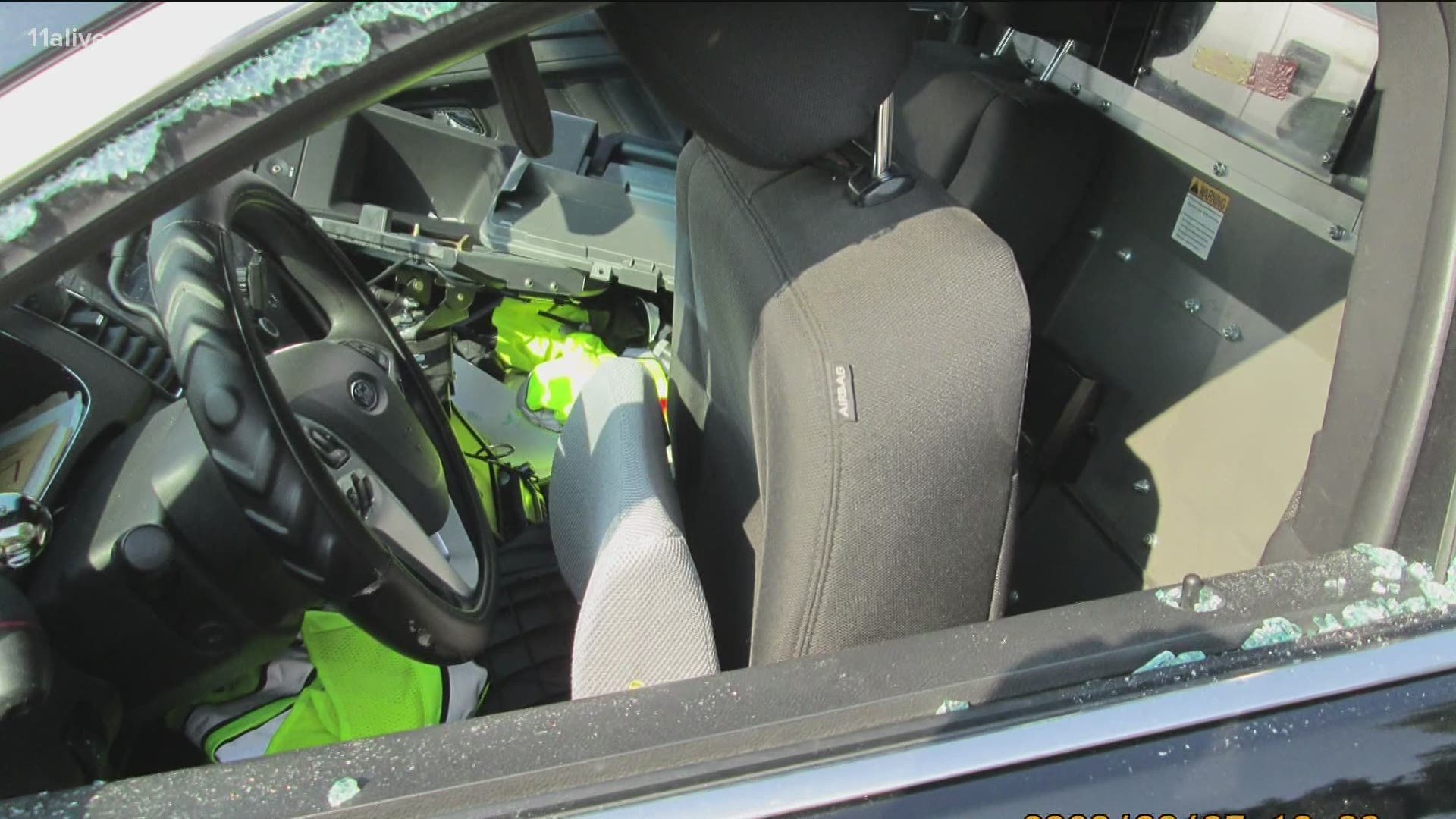 MARIETTA, Ga. — A man wanted for damaging several police cars and stealing from them was captured a month after the alleged crime -- when he was stopped by authorities for jaywalking.

On Aug. 7, Marietta Police were dispatched to Pugmire Lincoln Mercury at 1865 Cobb Parkway South in reference to six vehicles and one building that had either been damaged or burglarized.

Police say four marked Cobb County Police Department vehicles had been dropped off for service had windows shattered and damage to the trunks and interiors. A car camera system was removed from one of the patrol vehicles, along with personal items from each of the six vehicles.

Two other privately-owned vehicles that had been left unlocked in a secure area also showed signs that they were entered and tampered with, police said.

Surveillance video and physical evidence collected from the scene led to an arrest warrant for 21-year-old Yavin Jackson from Atlanta. They said they shared a "be on the lookout" (BOLO) for Jackson with neighboring agencies.

On Sept. 4, Jackson was stopped for jaywalking while crossing Delk Road near Interstate 75. Police say he provided officers with a false date of birth in order to conceal his identity.

Once Jackson’s identity was confirmed, he was taken into custody and booked into the Cobb County Adult Detention Center. Jackson is facing new misdemeanor charges and nine felony charges from the incident involving the vehicles. In addition, police say Jackson had an outstanding warrant from Atlanta for theft by receiving and obstruction of law enforcement.

"This young man thought he could come to our city, break into a business, steal personal property and damage multiple police vehicles," Marietta police chief Dan Flynn said. "Let it be known, this community works together and does not tolerate criminal behavior."