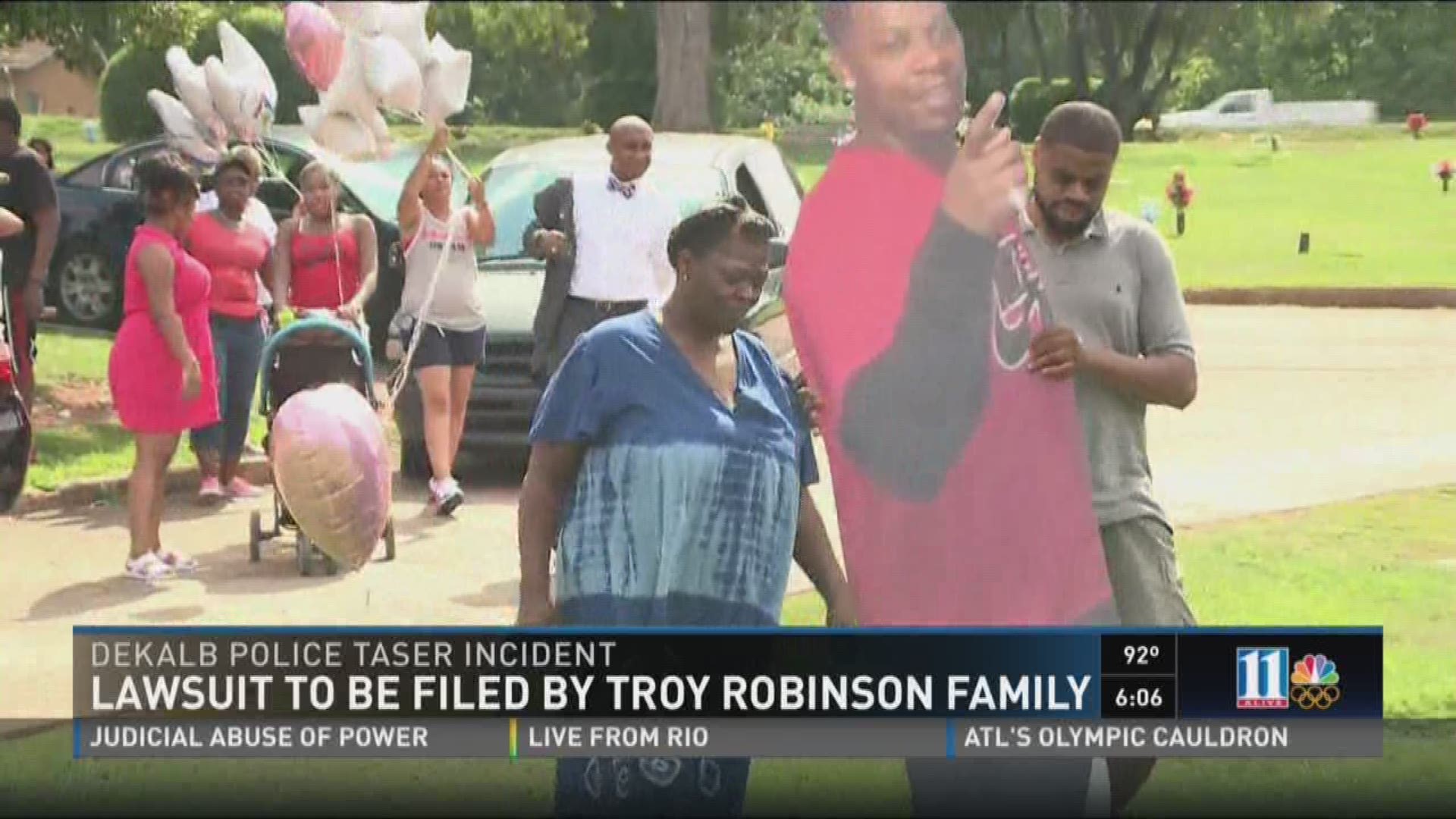 ATLANTA -- The family of a man who was tased and fell to his death is expected to file a wrongful death lawsuit on Monday against the DeKalb County Police Department.

The suit is in response to the death of Troy Robinson in 2015 after he was tased in the back while climbing an 8-foot wall.

11Alive’s Duffie Dixon was at the Resthaven Cemetery where Robinson’s family held a vigil at his grave site.

The timing of this civil lawsuit is no accident. The attorneys said they wanted the family to first remember Troy Robinson on this day - the anniversary of his death.

His mother was surrounded by Troy’s nine children and other family members as they prayed then released balloons into the air in his honor.

Robinson, 33 years old, died after running from a traffic stop. He was the passenger.

Cell phone video captured Robinson on the ground after police tased him as he scaled a wall. He fell off the other side and hit the pavement 8 feet down.

The cause of death was severe head and neck trauma.

The family said the officers involved are back on the job and the district attorney has yet to decide on any criminal charges.

Tonight after the Olympics we’re going to delve into what this pending lawsuit alleges and the grounds on which family plans to file it - Including the taser policy of the DeKalb County Police Department.