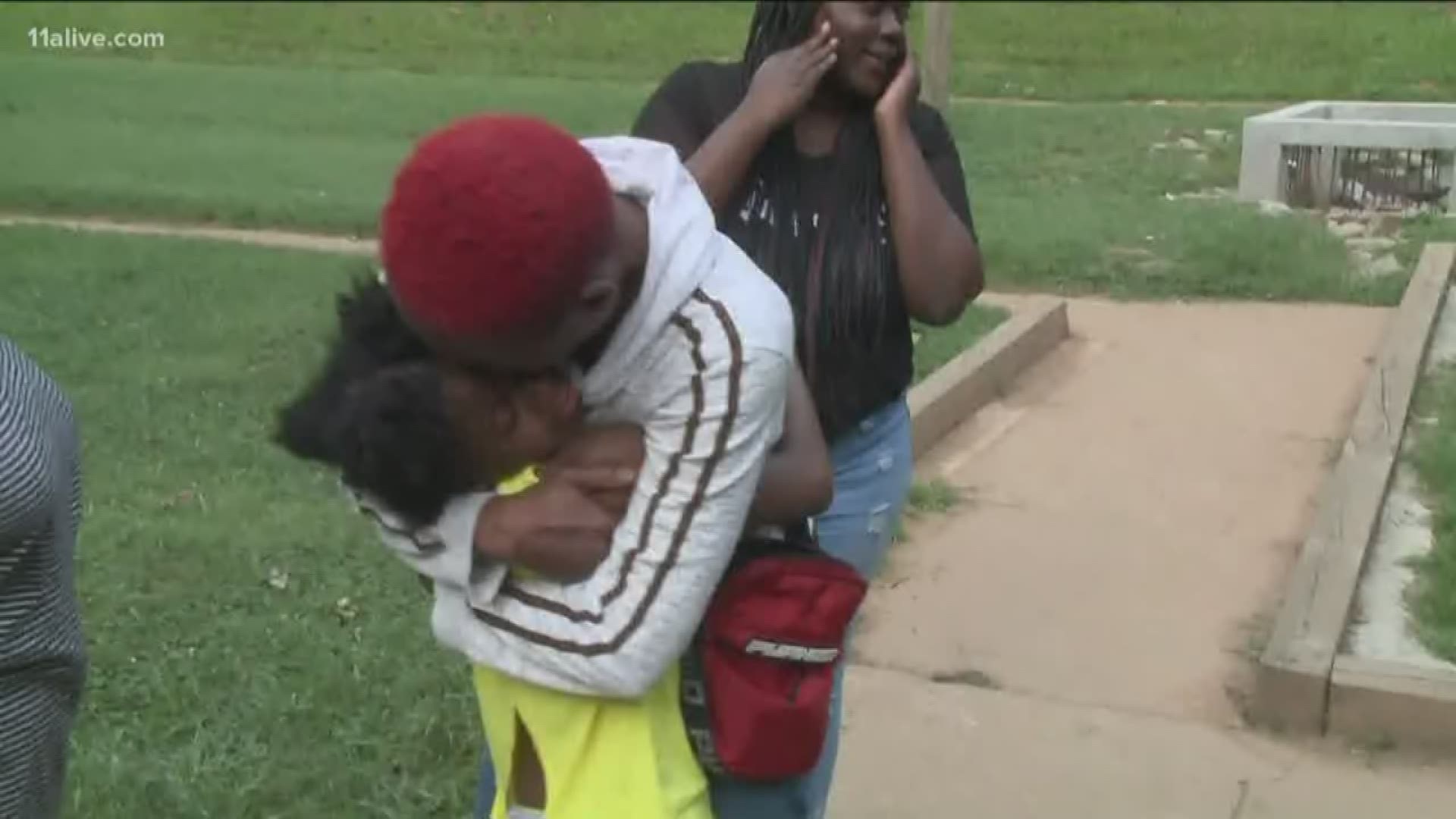 Rozaria, who has autism, was reunited with her grateful mom Saturday morning just before 8 a.m.

According to police, she was found at a nearby apartment in the complex, staying with a friend.

11Alive's Nick Sturdivant spoke with her mom Saturday morning shortly after the reunion, who said she had no idea that Rozaria was at a friend's house, but was thankful to have her back at home.

"Thank God that she's back," Tia Johnson said, her voice raw with emotion. "I just got to the point where -- I just didn't know -- She's got problems. I didn't know if she was gonna come home or not. But I'll tell you what -- this has been a very, very, very big blessing."

Tia mentioned during that reunion that Rozaria will be celebrating her 11th birthday next weekend.

Atlanta Police spokesman Carlos Campos said in a statement she is safe and sound.

"She is unharmed. No foul play is suspected," Campos said. "We appreciate your assistance in getting the word out."