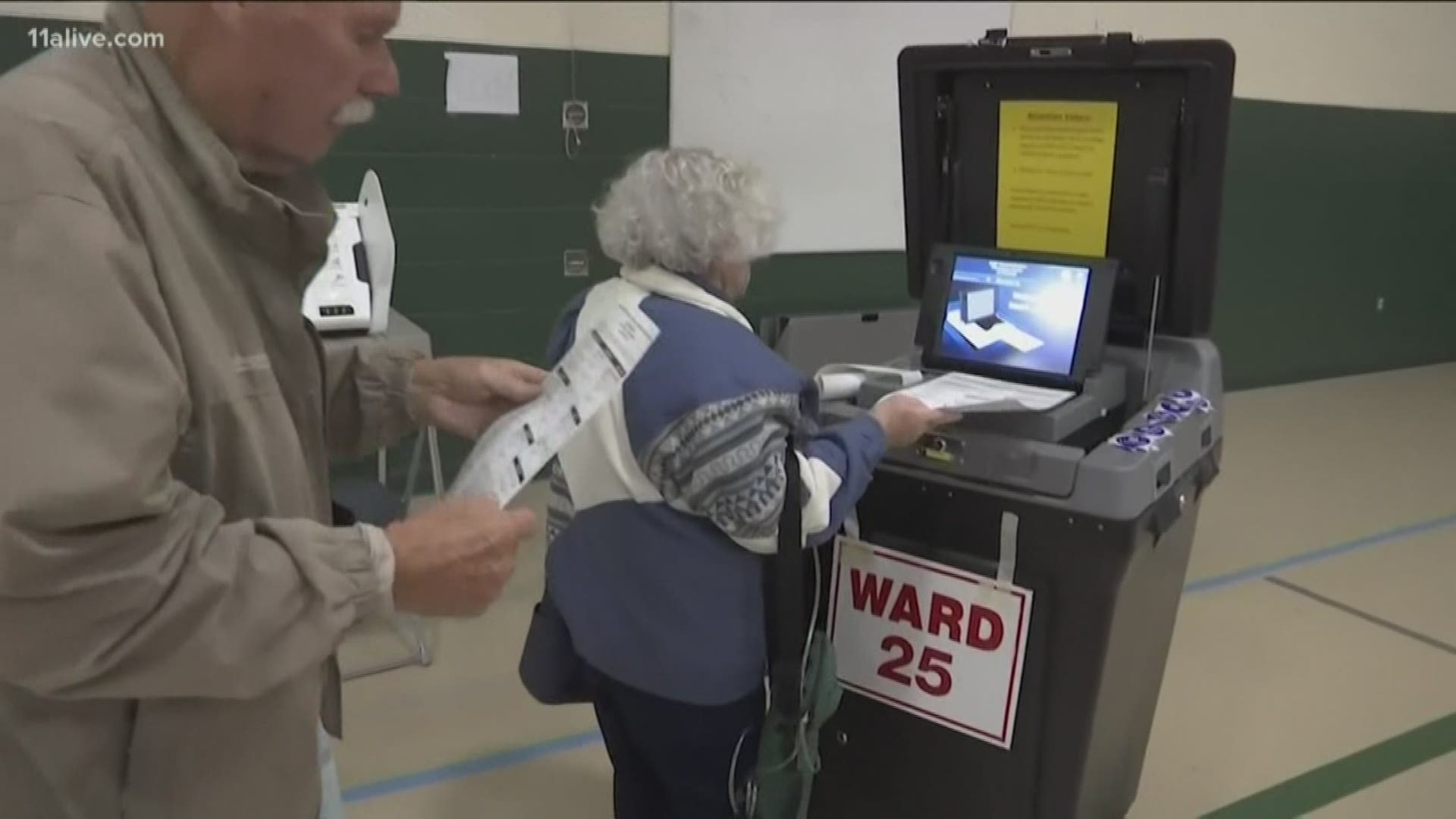 Critics filed a legal brief Tuesday complaining that the state’s new voting computers will count bar codes that voters can’t read. The secretary of state – who chose the new voting system – is confident the bar codes and elections will be reliable.

Georgia’s new system will let voters choose candidates on a touch screen, similar to how they’ve done it since 2004.  But then they’ll get a printout. The printout will show them who they selected. It will also have a barcode called a QR code.

They’ll put the paper printout into a scanner, but the machine will scan only the barcode—leaving voters to trust the barcode to correctly tally their votes.

"You're forcing a voter to cast a vote that he can’t read," said Marilyn Marks, who is among those challenging the new voting system in a court brief. She said voters won’t be able to understand how the barcode has interpreted their ballots.

"These printed names (on the paper) are not my vote. They don’t count. This is not what the machine sees," Marks said. "Only this (barcode) is my vote. I can’t read this."

Secretary of State Brad Raffensperger described the barcodes as "reliable" during an interview with 11Alive News.

Raffensperger said the bar codes will speed up vote counting on election night.  He said the paper ballots, with the printed names, will enable a hand recount if needed.

"All those selections will be right there in human readable form. You’ll look at that to make sure you got it right," he added.

Raffensperger also said numerous individual counties around America have adopted the same system Georgia plans to use.  He said he’s confident the 30,000 machines the state is buying will be ready for use by the presidential primary next March.

I witnessed an execution.