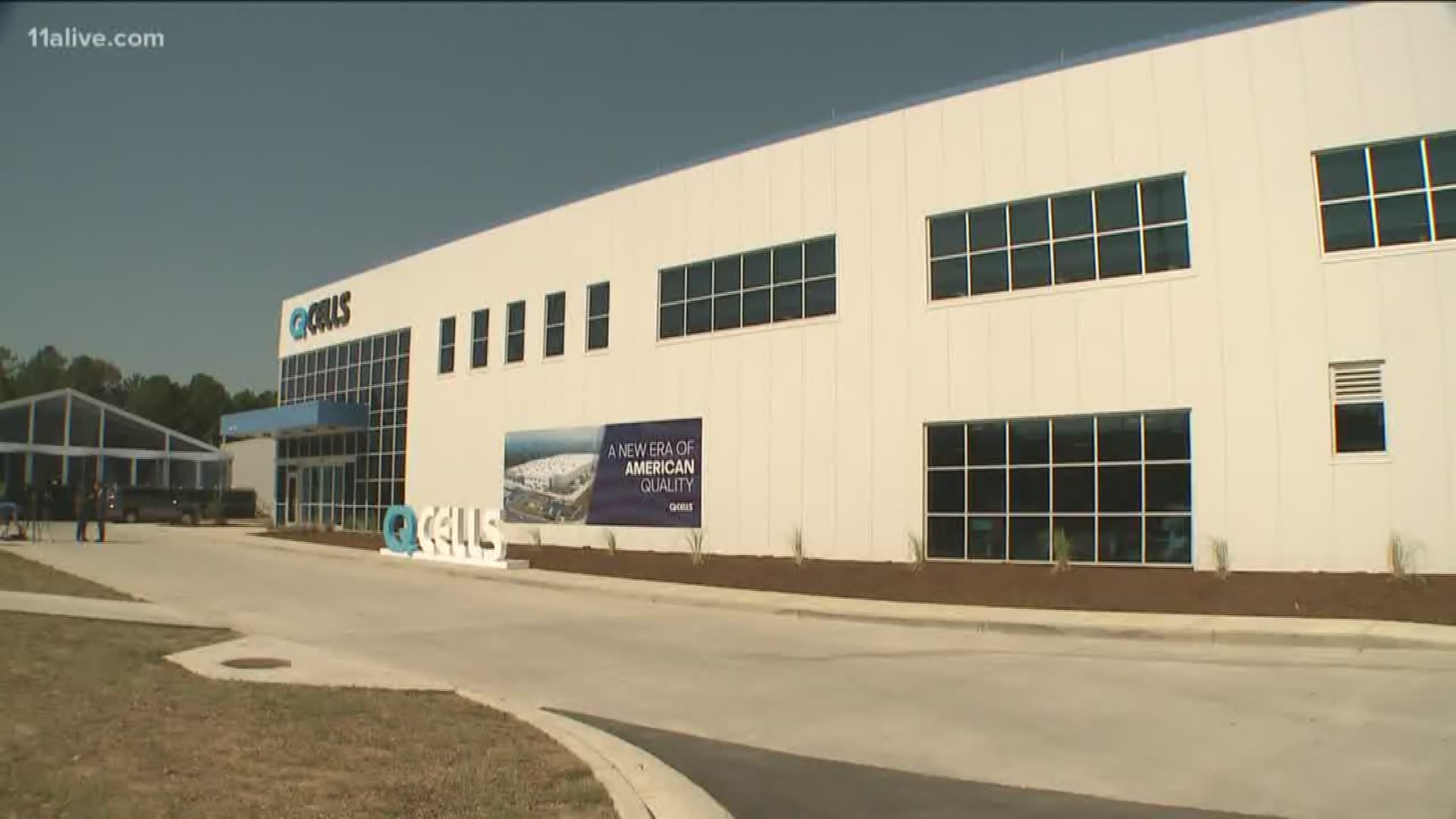 DALTON, Ga. — A north Georgia factory quietly became the largest manufacturer of solar panels in the western hemisphere this year. That's according to officials with the state and the Korean-based company that is making thousands of solar panels every week.

Texas and Oklahoma have oil and gas. West Virginia has coal. State officials here said with this facility in the north Georgia mountains, Georgia becomes a player in the energy industry.

Gov. Brian Kemp was among those crowding into the lobby of the Hanwha Q Cells plant for an assembly line visit that excluded news cameras.  The facility employs 650 people.

The demand for the solar panels made by this plant is undeniable.

"You know the U.S. solar market is growing extremely quickly. Next year the market is expected to be a record year for the solar industry. The year after it will be as well," said Scott Moskowitz, of Hanwha Q Cells.

Nine years ago, Georgia Power got most of its electricity from coal, natural gas and oil. From its lesser sources, solar accounted for less than one percent.

But by 2023, Georgia Power expects its use of solar power to soar – from less than 1 percent of its grid to 13 percent and more in the years beyond.

Although Hanwah Q Cells has been making solar panels since February, Kemp was part of a belated ribbon cutting Friday.  The company said many of the solar panels manufactured here never leave the state.

The Dalton facility itself is only eleven percent solar powered. Officials here say they expect that to change once they mount some of their own solar panels on the roof of this building in Dalton.

SUV drives through Chicago-area mall and crashes into store

UFO videos posted by Blink-182 are real and never should have been released, Navy confirms