It's the only county-wide question on DeKalb's November ballot 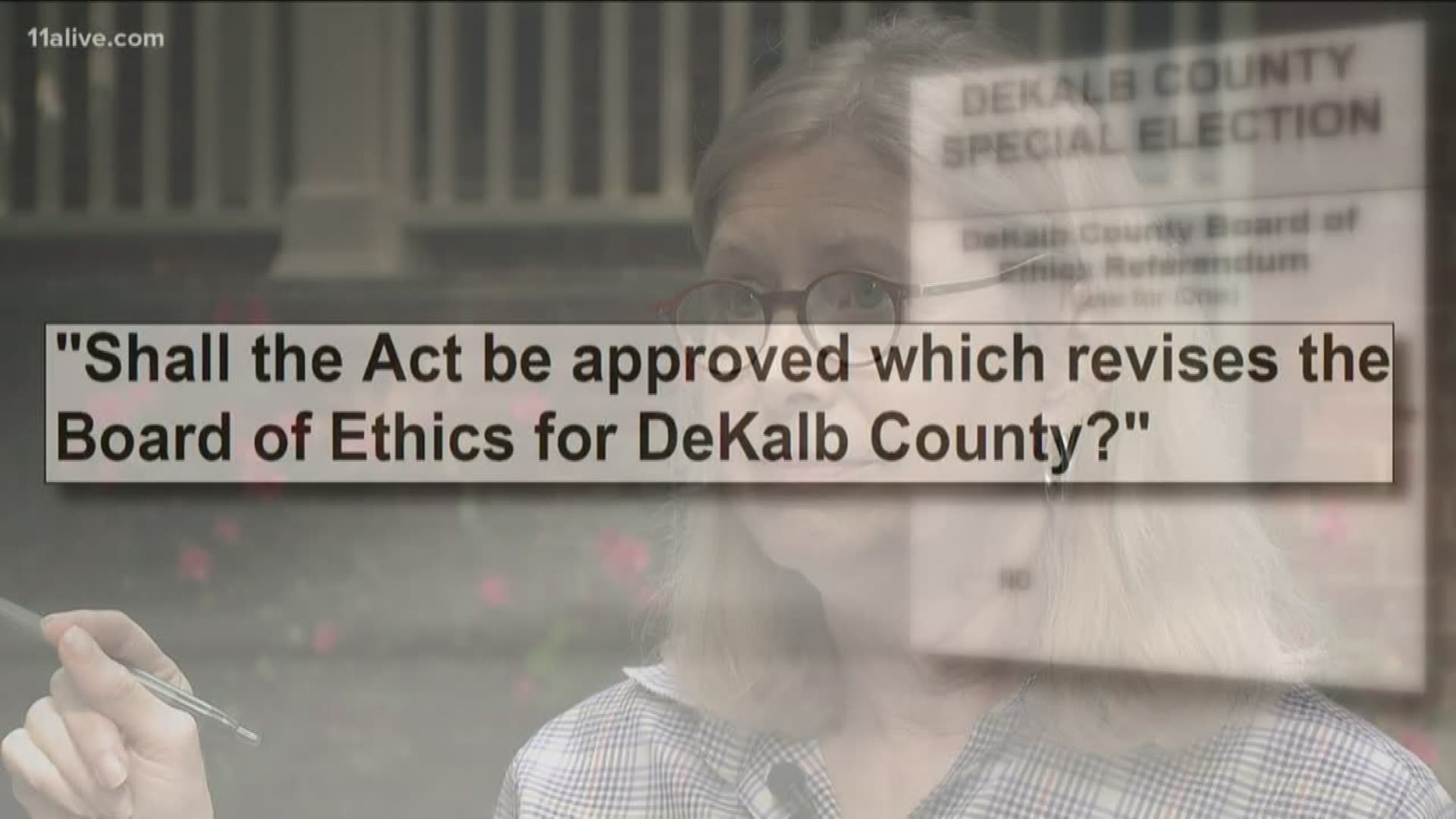 DECATUR, Ga. — Voters in DeKalb county will decide an ethics question in November.  And critics are warning voters the question on the ballot is both vague and misleading.

It asks simply – “Shall the Act be approved that revises the Board of Ethics for DeKalb County?”

"It's counterintuitive. You want ethics," said Mary Hinkle, a Toco Hills-area resident who is helping lead an effort to defeat the measure.

"And you think by revising this you’re going to get strong ethics. You’re not. You’re gutting the ethics board," Hinkle said.

"We are not in a position as a county to weaken our standards," Hinkle said.

In 2015 DeKalb voters approved an ethics law that backers said was independent of politicians.  Politicians challenged it in court, and in 2018,  the state supreme court overturned the law—leaving an ethics office without its enforcement ability.

"What we have right now is nothing," said DeKalb CEO Michael Thurmond, who says he will support the ethics question, though he calls it less than perfect.

It lets politicians appoint the new ethics board. It requires some complaints to go through the county’s human resources department. And it eliminates the requirement for an attorney to lead investigations into ethics complaints.

Voters will be asked to approve the question in an odd-year election where turnout is typically low.  Most DeKalb voters will be deciding municipal races in November.  The ethics question is the only one on the county-wide ballot, and the only reason for voters in unincorporated DeKalb to show up at all November 5.

"I see this as a beginning and not an end," Thurmond said. "And if, going forward, they need to amend it, or rewrite it, then citizens or legislators will have the opportunity to do it."

Fat chance, says Hinkle. "This is going backwards. Why do we need to vote on going backwards?" Hinkle asked. "I’d rather have nothing than to have a sham."