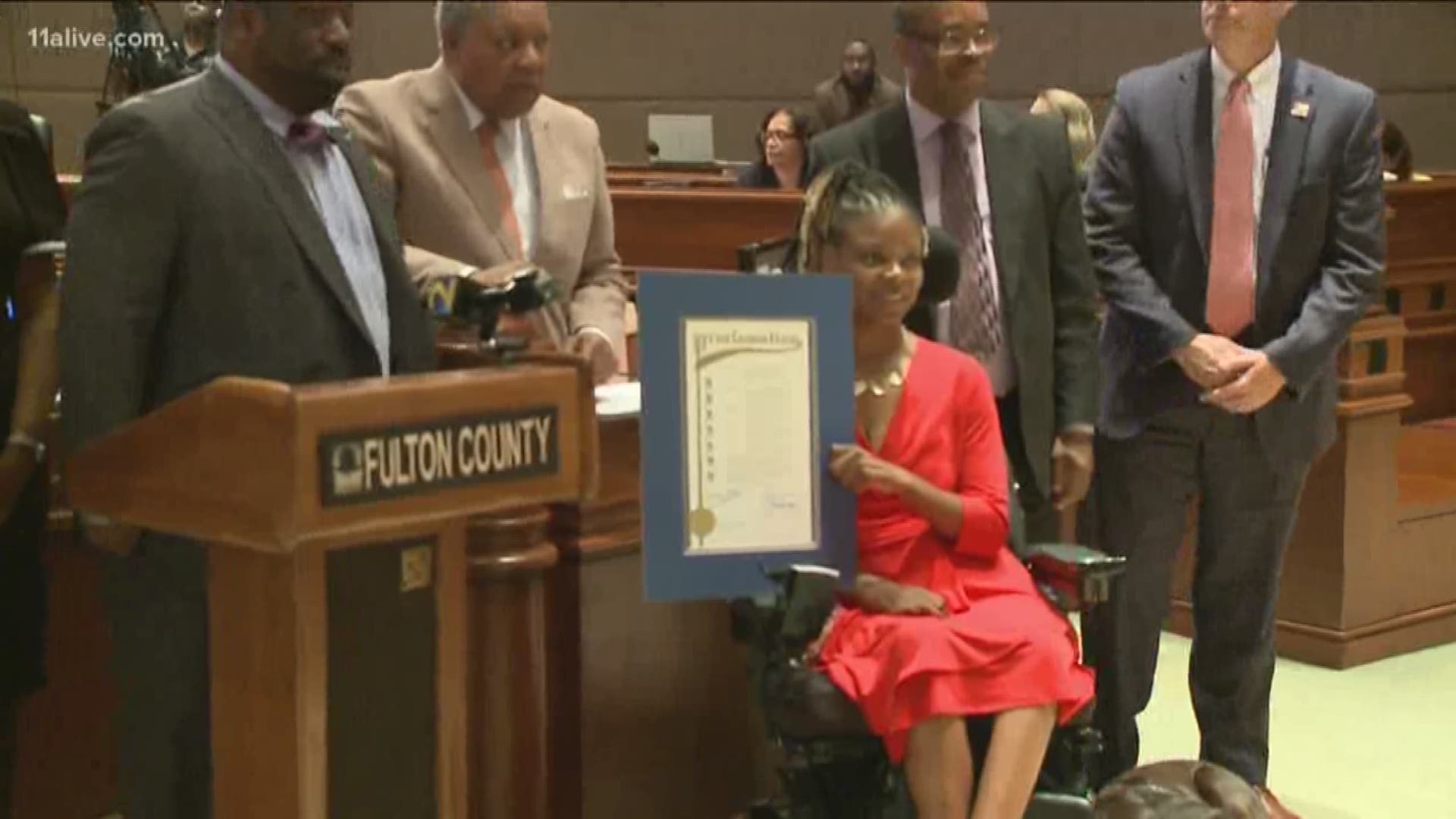 ATLANTA — A prosecutor appointed to lead a state commission said she’s going to push the legislature to pass a new gun law. Gov. Brian Kemp blessed the naming of April Ross to direct the Georgia Commission on Family Violence.

The Georgia legislature has mostly been inclined to loosen rather than tighten gun laws over the last decade. The question is whether that can change if one of the advocates for tighter laws is also an ally of Kemp.

April Ross is in a wheelchair because her estranged husband shot her five years ago. She continued as a prosecutor despite her paralysis from her gunshot injury.

Now, she becomes a full-time advocate for domestic violence victims. And she’s going to set her sights on the Capitol.

RELATED: ADA returns to work after domestic violence paralyzed her

"Guns are the number one weapons of choice for most domestic violence fatalities," Ross said Wednesday.

Ross said she intends to lobby on a behalf of a bill that stalled in the legislature this year. It would restrict guns from people with domestic violence convictions or with domestic restraining orders.

In 2017, 11Alive Investigators learned about a gap in the law where a woman with a temporary protection order against her husband still managed to have a gun in his vehicle - even though she told authorities about it. Police also confiscated 71 weapons in that year.

“I was told it was a gray area,” Janet Paulsen said to 11Alive in 2017. “A protective order does not cover the inside of the vehicle - even if it’s on the property."

RELATED: Your safety may depend on the county you live in. You can thank lawmakers.

Advocates of stricter gun laws have been pushing for changes for years. Ross is optimistic that the time is now.

"I think there is some appetite now for giving it a chance," Ross said.

It’s noteworthy that her appointment has the wholehearted backing of Kemp, who campaigned, in part, as a gun enthusiast. Ross thinks Kemp is seeing some gun attitudes adapting.

"I think he knew what it represents, that he appointed someone who is not only an advocate, but a survivor. And that, I think, shows that he means something," Ross said. "I'm looking forward to conversations with Governor Kemp."

When we asked Ross if she voted for Kemp in the 2018 election, she declined to answer.

Man charged after allegedly starting fire injuring himself, 1 other after domestic dispute