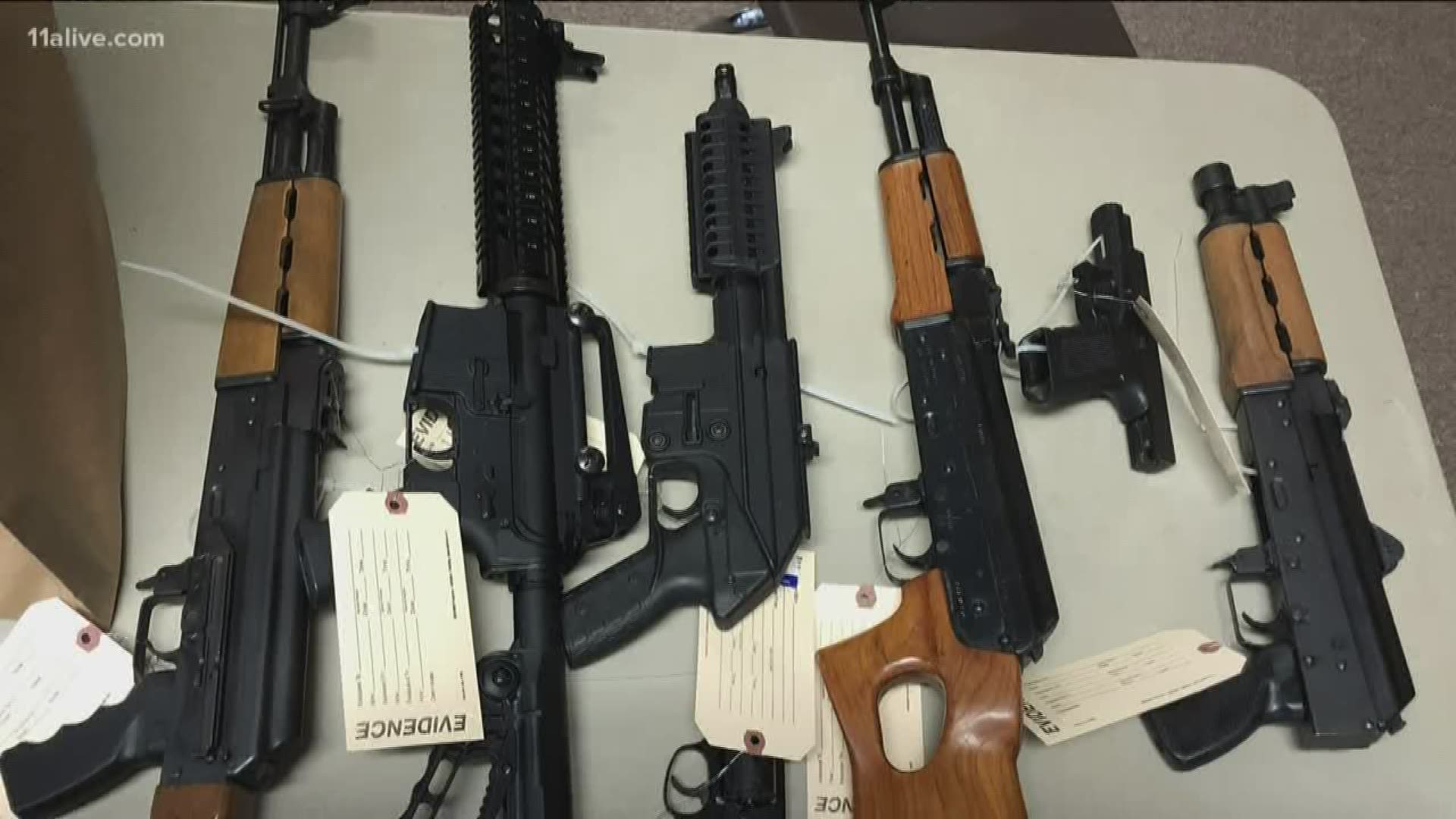 VIDALIA, Ga. — Eleven people have been booked into area jails on drug, gang and gun charges following a multi-agency investigation across two cities.

The largest arm of the investigation occurred in Vidalia, Georgia where the Toombs County Sheriff's Office first began working with the Georgia Bureau of Investigation's Southeastern Regional Drug Enforcement Office.

Together the two law enforcement groups, among several others at the local, state and federal level, executed 10 search warrants in Vidalia and an eleventh in Riverdale, Georgia.

Among the finds were 40 ounces of suspected cocaine, 74 ounces of ecstasy, 13.5 ounces of methamphetamine, 21 ounces of Xanax, 3.5 ounces of heroin, 6 pints of codeine and 130 ounces of marijuana. Investigators also discovered seven handguns, five rifles and a shotgun along with numerous rifle rounds and high-capacity magazines.

The haul even uncovered several vehicles including a Maserati and a Bentley.

With the ongoing investigation, authorities believe that arrest list could grow.

Anyone with additional information should call the GBI Southeastern Regional Drug Enforcement Office in Metter at 912-685-5345.

Louisiana woman dies after honeymooning in the Dominican Republic