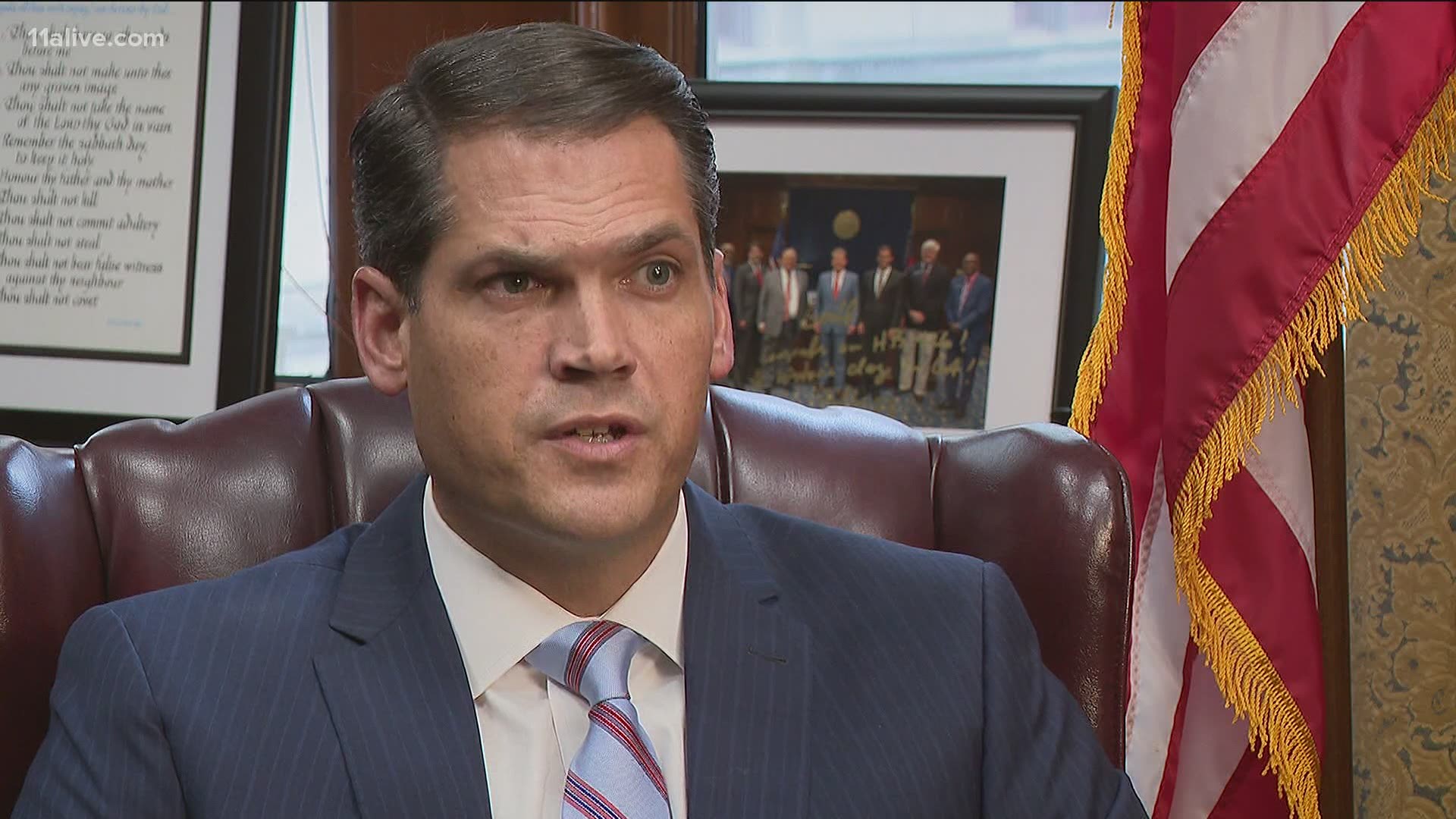 Duncan was critical of the president – and he was also critical of the state Republican party for diverting attention away from Sens. Perdue and Loeffler, and toward the claims of voter fraud.

"Yesterday was awful," Duncan told 11Alive Thursday. He said he was embarrassed to see supporters of President Trump storming the US Capitol Wednesday, worried about the harm done. And he traced it back to efforts among some Republicans in Georgia and elsewhere to talk up voter fraud where none actually exists.

Duncan, as well as House Speaker David Ralston, said Thursday that Georgia Republicans need to return to conservative doctrine – without the inflammatory presence of Donald Trump, who Duncan said harmed the runoff efforts of Perdue and Loeffler.

"Absolutely, I believe the president’s lead effort - trying to fan the flames of misinformation - hurt Sen. Loeffler and Sen. Perdue’s chances of being re-elected," Duncan said. "Their narrow losses gave Democrats control of the US Senate."

Duncan took heat from Trump supporters shortly after the November election, when he told CNN there was no evidence of widespread voter fraud in Georgia, despite unfounded claims to the contrary by Trump.

"I look at how the Republican party here in the state operated, I continued to watch over and over and over again their focus being – even on election day – fanning the flames of misinformation and essentially running the fan club of the president instead of helping the campaigns of Kelly Loeffler and David Perdue. And that’s a problem," Duncan said.

It’s worth noting that Shafer and Duncan were rivals in the 2018 Republican primary for Lieutenant Governor. We’ve reached out to a Georgia GOP spokesman – no response so far.

Asked if he's willing to watch his own career potentially go into a tailspin because of his criticism of Trump, Duncan said his stance presents a teachable moment for his three sons, the oldest a college student.

"It’s certainly easier getting up in the morning and going to work knowing you're doing the right thing than not," he said. "So, if that costs me my job, it is what it is."