A spokesman told 11Alive that they "responded swiftly" when the motor went out on Monday. 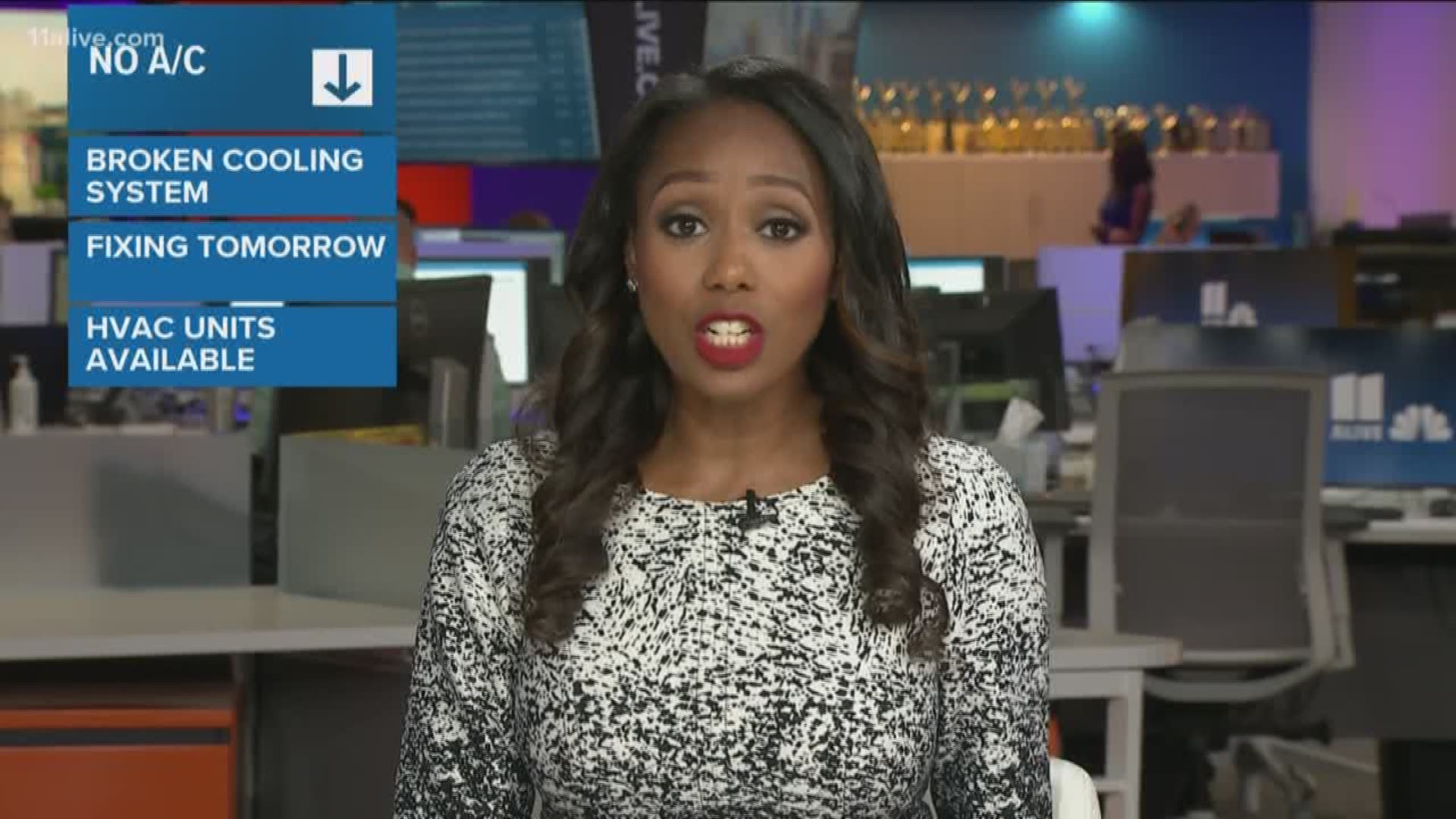 CHAMBLEE, Ga. — As metro Atlanta area sees near-record high temperatures, DeKalb school officials are working to get the air conditioning back up and running at one of its schools.

The district says they have had issues with the motor on the cooling tower at Chamblee Charter High School.

A spokesman told 11Alive that they "responded swiftly to ensure it is back in operation until a new motor is installed." To do so, 60 portable H/VAC units are on-site to assist with the cooling of the building. A new motor is expected to be fixed by the end of the day on Tuesday, they said.

At the start of the school year, 11 DeKalb schools reported issues with the air conditioner. A total of 73 classrooms and two cafeterias were impacted in August.

It also again highlights the steep issues the district faces as it tries to quell concerns of overcrowding, maintaining the facilities and more than 2,200 open work orders - some dating back as far as three years.