At 93 years old, she earned her college degree from Georgia State

ATLANTA — It's never too late to accomplish a goal. The perfect example of that is Georgia State University graduate, Joyce Lowenstein.

At 93 years old, the College of the Arts student has earned her bachelor's degree.The university congratulated her on Facebook, saying Lowenstein receive her degree Thursday with a standing ovation.

In a short video clip tweeted by the college, you see and hear the crowd cheering.

Georgia State said this accomplishment was seven decades in the making. She was the oldest graduate to cross the stage at the stadium, the school said.

The message on her graduation hat - "Never too late!" 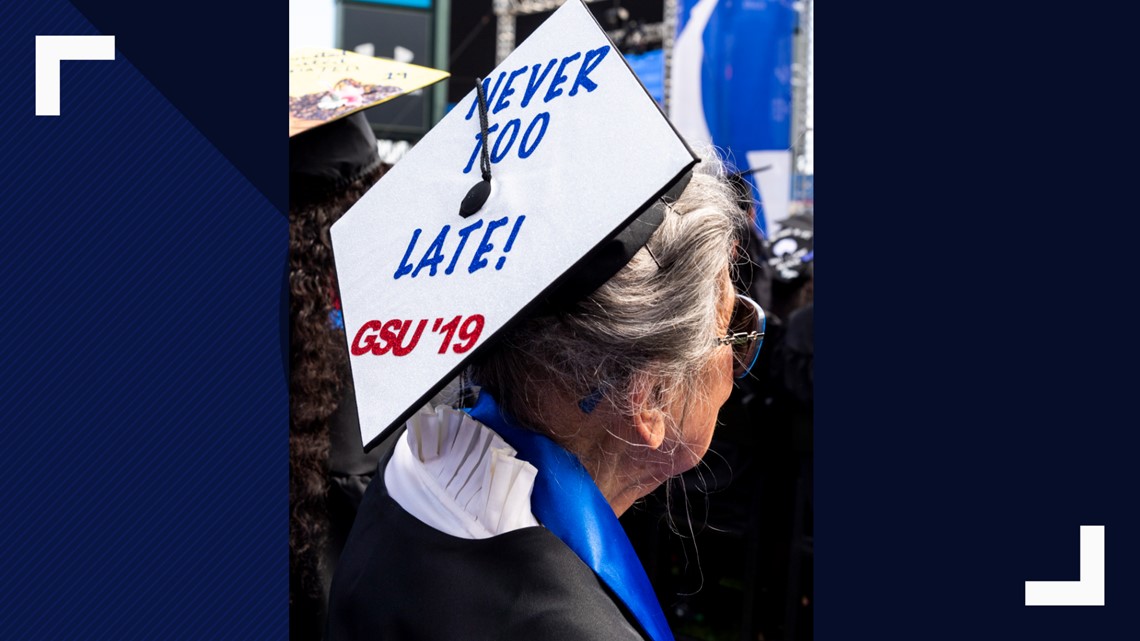 During her life, Lowenstein got married, had children, and she's had a busy work life in arts. When her family moved from New York to metro Atlanta in the 70s, she was fully involved in her career and traveling. But after her husband died in 2006, she wanted to make time to get her degree.

The university said she entered their GSU-62 program, which waives tuition for students seeking a bachelor's degree who are over 62 years old. She had some transfer credits from 1943 and she took her chance at completing what she started.

According to the school, Lowenstein had some setbacks with health issues that delayed her, but it didn't stop her.

Even though she's received her degree, she isn't finished just yet. Lowenstein wants to get an online certification in fine art appraisal.