The event featured remarks and tributes from a number of Hank Aaron Scholars. 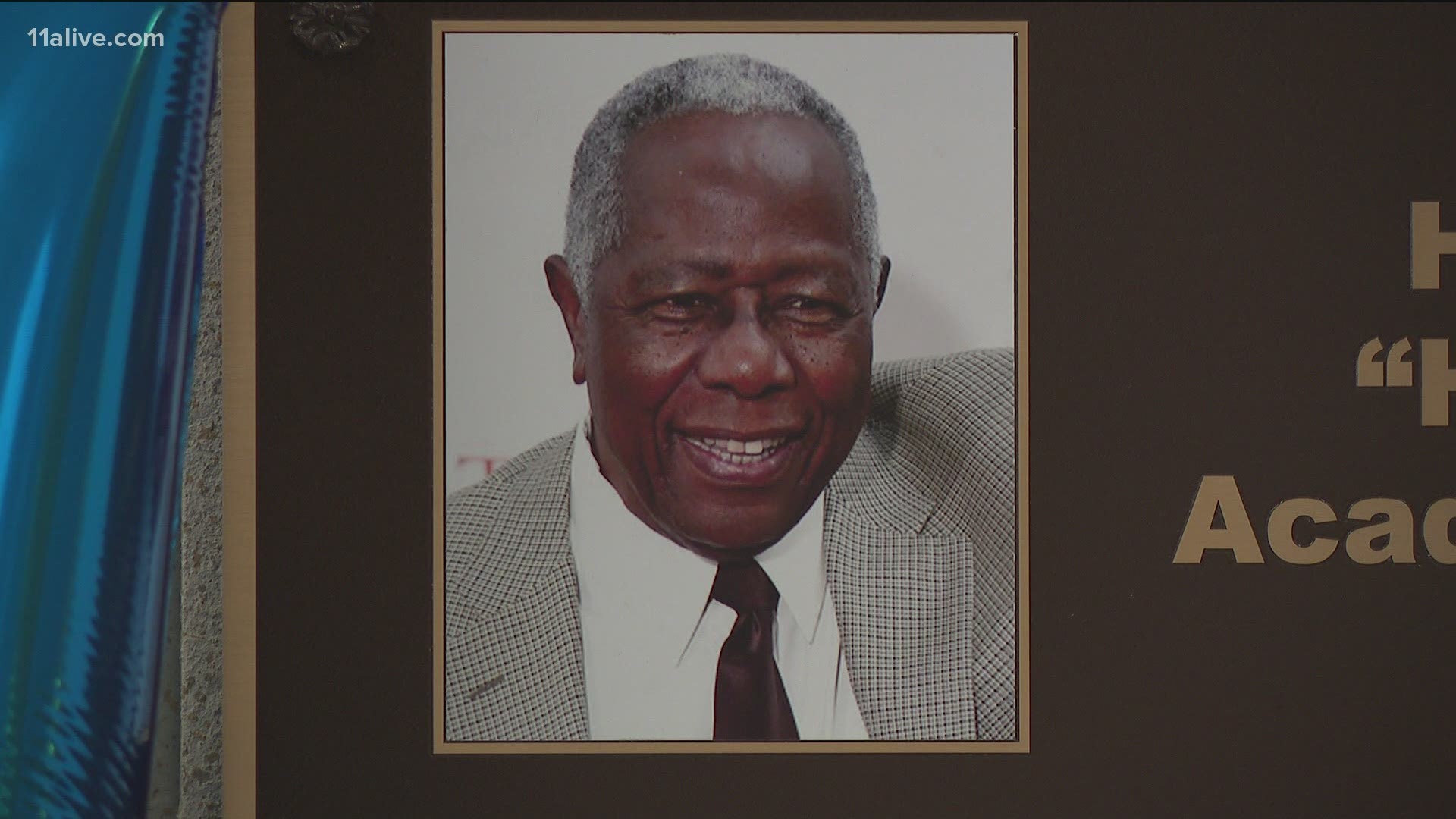 ATLANTA — On what would have been his 87th birthday,  Atlanta Technical College honored the life and legacy of long-time board member and donor Henry Louis “Hank” Aaron with a special ceremony on the college’s campus on Friday afternoon.

The baseball legend died two weeks ago in his sleep, according to the Atlanta Braves.

The ATC event featured remarks and tributes from a number of Hank Aaron Scholars.

The baseball icon and humanitarian, who has a building named in his honor on ATC’s campus, has been a guiding force for nearly 25 years in supporting the college’s various need-based programs and financial scholarships for students, according to a release sent to 11Alive.

On Monday, Jan. 25, the campus lowered flags to half-staff to honor his life and impact to the college.

“We could never fully and completely honor the distinguished life and legacy of Mr. Aaron nor adequately convey what he has meant to the entire ATC family,” ATC President Dr. Victoria Seals said in a statement. “However, we want to take his birthday to remember his everlasting impact not only to our college, but also to the rich and dynamic history of Black Americans."

"Mr. Aaron’s presence and commitment will forever be recognized at ATC as his years of service and philanthropy have helped propel our college, our students, and our ultimate success," Seals added.

Happy birthday Mr. Aaron! We honor your memory and honor your legacy, thank you for everything you've done! We miss you. #ATCStrong #ATCAllStars #HappyBirthdayHankAaron pic.twitter.com/Z83DBCgHoQ

Off the baseball diamond, Aaron is viewed as a trailblazer of civil rights.  In 2018, 11Alive Sports reporter Alex Glaze talked with Aaron about what it was like being a Black baseball player when his career was taking off. During the time he was chasing the home run record of Babe Ruth, Aaron had to deal with racism on and off the field.

In the interview from three years ago, Aaron said it was definitely tough at times - and he even faced threats.

However, he never let that stop him. It was April 8, 1974 when Hank Aaron broke Ruth's historic home run record. Ruth's record of 714 home runs in his career stood for nearly 40 years.