In side rankings, one Georgia school ranked as tied for safest in the country. 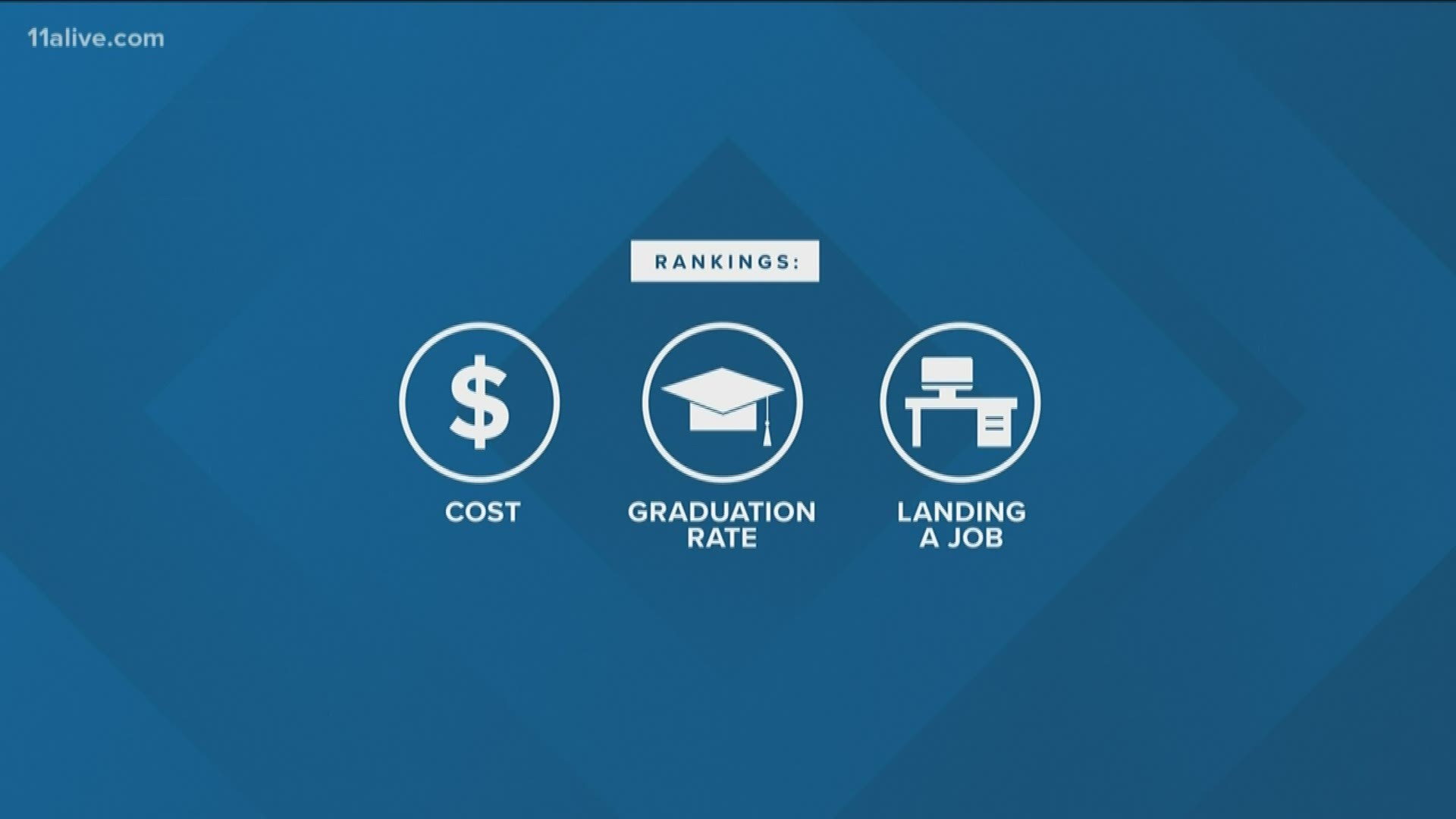 ATLANTA — Newly-released college rankings by the consumer research website WalletHub list the top schools in Georgia, and Georgia Tech is head of the class.

Tech is immediately followed by Emory University and the University of Georgia.

The full top 10 in Georgia

In the overall rankings of 1,000 schools across the country, Tech ranks 16th.

It ranked as the fifth-best school in the South region, behind Rice, Vanderbilt, UNC-Chapel Hill and Duke. Emory was eighth in the South, and UGA was 14th.

In other rankings, one Georgia school, Toccoa Falls College, was tied for being the safest college in the country. Another made an ignominious appearance on the list - among graduation rates, Middle Georgia State was tied for 999th.

Two Georgia colleges - Brewton-Parker College and Paine College, ranked among the bottom five in return on educational investment, while one - Georgia Tech - was ranked fourth in highest return.

The top overall school in the country was MIT, followed by Harvard, Princeton, Yale and Stanford.

Their full methodology can be found on the web page with the full national rankings.