About 9,000 students across Georgia will receive help thanks to federal relief money. And one young woman says it will help more unlock their potential. 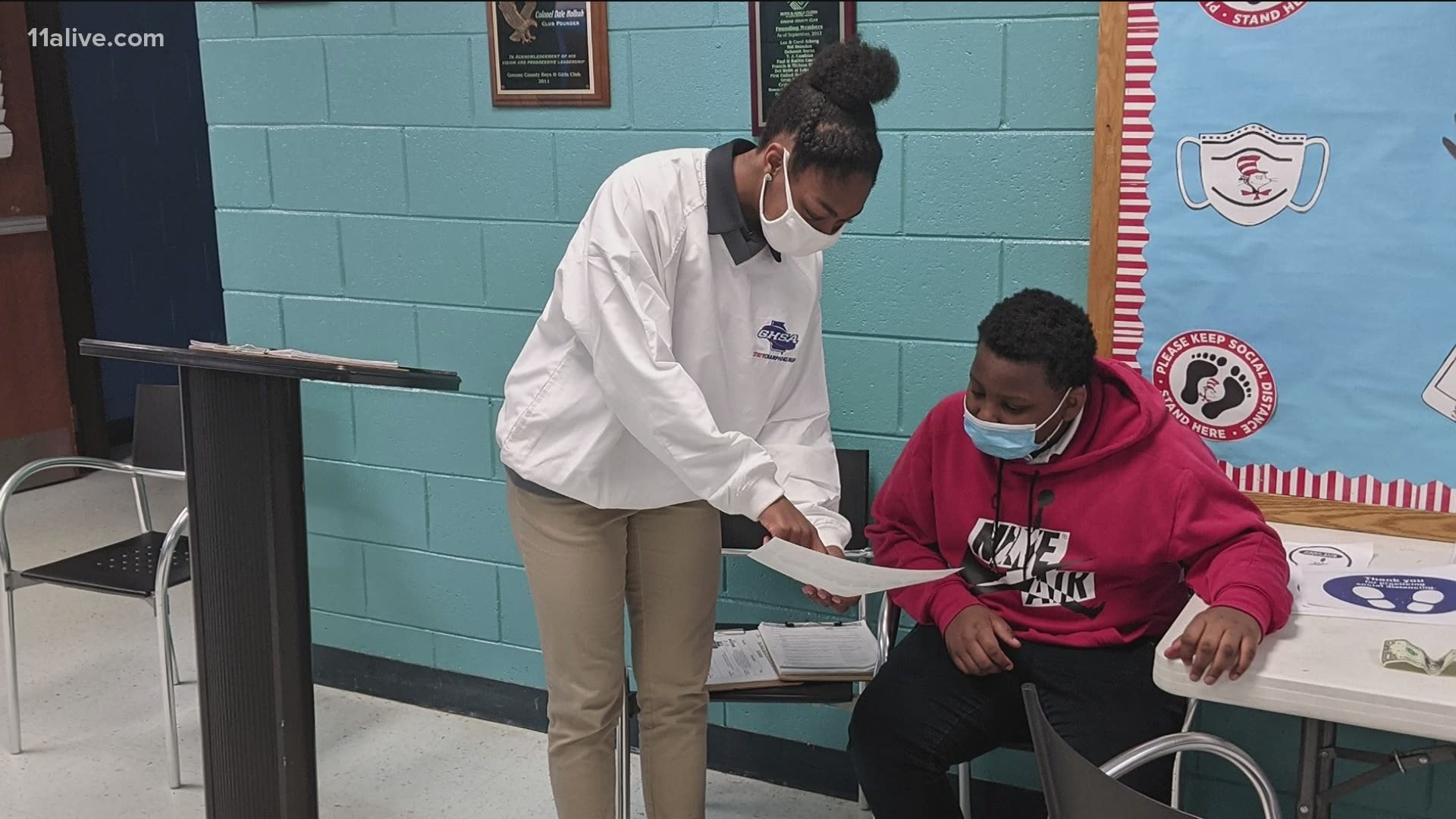 GREENSBORO, Ga. — About 9,000 students across Georgia will receive help thanks to federal relief money. Gov. Brian Kemp announced Georgia’s Boys & Girls Clubs will receive $15 million in funds over the next year.

The money is set to address learning loss due to COVID-19.

"It was something that was definitely unexpected," said 18-year-old Destiny McClendon.

When the lights went out in Georgia in 2020 due to the virus, students like Destiny, were faced with a new lesson: How to Pivot 101.

“Some of us didn't even have computers or WiFi. But for the ones that did, it was still even tougher because you didn't know where to turn things in, you didn't know who to talk to. You didn't have teachers numbers," she recalled.

A student at Lake Oconee Academy and an athlete, Destiny found herself, like millions of over, stuck indoors figuring out how to keep up with her studies.

But, she had a tool at her disposal. Destiny, a member of the Boys & Girls Club of North Georgia since she was 9, turned to the organization for help.

"They were still able to tutor me. Math is something that is hard for me. But, having a teacher that worked at my club and I had a personal relationship with them, they really helped me and kind of gave me that support."

"It was a challenging year," said Janet. "To me, just meeting the kids where they're at and giving them the resources they need to catch up. And not also just to catch up, but to maintain with it. So they go further."

Going further is what the Georgia Alliance of Boys & Girls Clubs hopes to do with the new funds, which breaks down to $1,550 per student.

"We can actually support kids by providing year-round tutors that will help them with math and reading to get them back on target, " said Director Kristine Steinmann. "It's critical to the future of our state and country. If our kids can't graduate on time and progress, it's going to be difficult for them to succeed in life."

The more than three dozen chapters in the state will use the money to recruit teachers for tutoring, invest in academic software, provide food, a safe place for students with working parents, and adequate technology.

"You know, 77 percent of our kids across the state are in rural areas. And with that, you find your internet connectivity may not be as strong," Steinmann added.

What is strong, is the McClendon family, who like many, overcame the struggles of the past year. Destiny graduated and was accepted to the University of Tennessee at Chattanooga on a full scholarship.

She is also one of two finalists in the the Southeast region for Boys & Girl's Club's Youth of the Year.

Her dad, Stacy, lovingly told her, "I just want to say I'm proud. I'm proud of all your accomplishments. We're a team, but through thick and thin, you guys did a really good job. This was a place we felt she could really increase her social skills and she went on, worked, studied, practiced and I'm so proud."

Destiny said she feels lucky to have the club to lean on to help her fulfill, well, her destiny.

"It's just always nice to have more people other than your family, close family that wants you to do great."

The federal relief funds will begin to be distributed this summer.