The study was performed between December and January at eight public elementary schools. 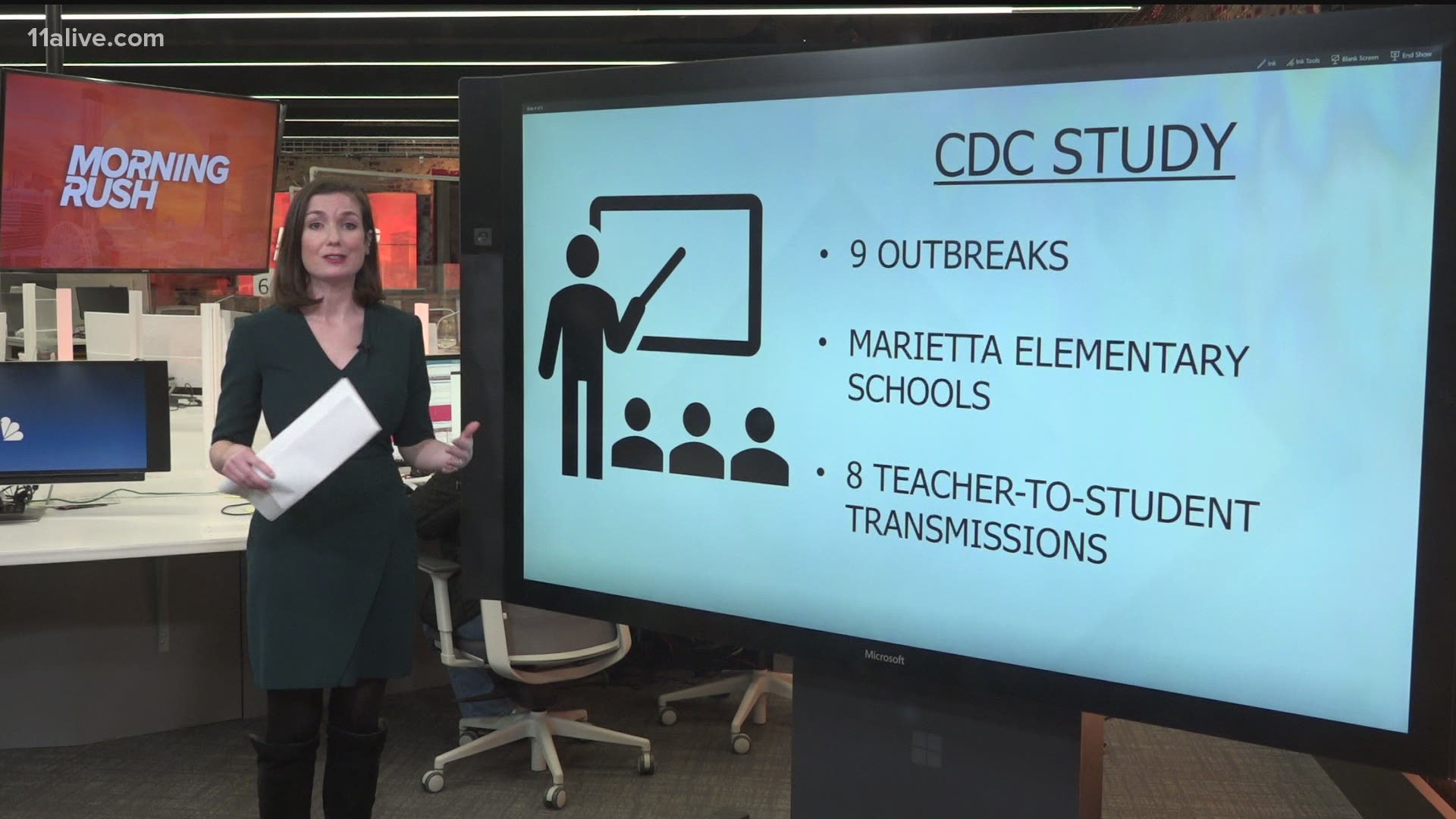 MARIETTA, Ga. — A study conducted by the Centers for Disease Control and Prevention in Marietta elementary schools found that educators were "central" to COVID spread among clusters of transmission.

It found that in four of those clusters, educators were the "index patient," or the source of the spread.

Nearly half the cases identified in the study, 15 of 31, resulted from two clusters which "involved probable educator-to-educator transmission during in-person meetings or lunches, which was followed by educator-to-student transmission in the classroom."

"Educators were central to in-school transmission networks," the study said.

The study cited "less than ideal physical distancing" in all nine clusters, and "inadequate mask use by students" in five of them.

The findings could add fuel to the calls for teachers to be included in Georgia's vaccination eligibility. Gov. Brian Kemp had long resisted calls to include educators after he initially expanded the eligibility criteria to include adults 65 and over and employees of first responder agencies.

This week he said plans are being finalized to again expand eligibility.

The CDC report suggested vaccinating teachers could be an important tool in reopening schools and preventing the kinds of clusters observed in Marietta.

"Although not required for reopening schools, COVID-19 vaccination should be considered as an additional mitigation measure to be added when available," the report stated.

You can read the full report here.