How Atlanta is closing the disparity gap in STEM

Women and minorities are underrepresented in science, technology, engineering, and math. About half of STEM workers believe limited access to education is why. 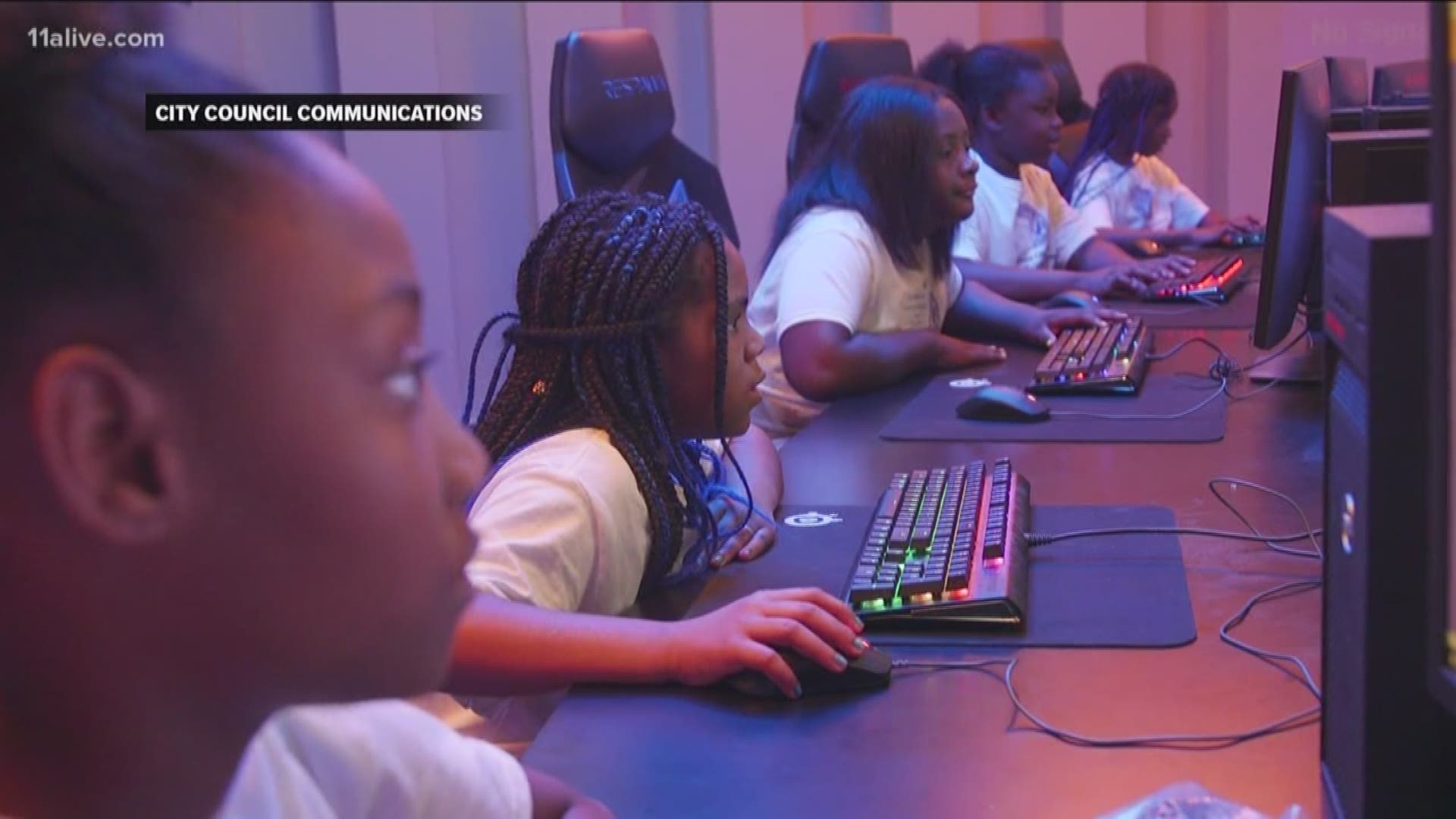 ATLANTA — How do you get a job in something if you don’t know it exists? Atlanta City Council President Felicia Moore says that’s what they’re fighting against when it comes to getting women and minorities involved in STEM (Science, Technology, Engineering, Math).

Even though Atlanta ranks among the top ten cities for STEM jobs, there’s still a significant disparity gap.

Council President Moore is making it her mission to help expose students who might not otherwise know about the field.

“I thought back to my childhood and thought about ‘How did I become the President of City Council?’ I can recount small little exposure points to different ideas or thoughts that I had that led me to where I am,” Moore said.

We joined her in a 6th grade robotics class at Young Middle School. For many of the students, it’s their first introduction to STEM.

“I love this class because it taught me a lot,” student Shania Gallet said. “If it wasn’t for Mr. Stone-Miller, I wouldn’t even know about robotics.”

Gallet spent most of her time sitting at a computer monitor designing for the 3-D printer.

“My design is about bringing awareness to bullying,” she said. “My sign says no bullying and put a slash through the word bullying, but this is my first iteration, so I’m not finished.”

Across the classroom, a handful of other students gathered around a taped-off square on the floor as one student controlled a baseball-sized, spherical robot from her phone. A couple of other students huddled around her as they figured out angles and degrees to make the little ball roll around the floor.

“You go forward at 77 speed. You turn right at a 90-degree angle, and you go zero,” Jalia Branch, a student of Young Middle said.

The goal of the exercise was to make it into a smaller square at the other end of the floor without rolling over a folder that sat smack dab in the middle of the field.

The folder had a picture of a baby making a snarky, judgmental face. They called it “The Hater.”

“We’re going to go around the hater to avoid conflict,” Branch said as she navigated the robot around the folder.

After a few adjustments and runaways, she landed the robot right in the middle of the target zone.

“The goal was to make it to the second box, and it did! It was a little challenging. I ain’t gonna lie,” she said.

As the students worked together to calculate the math required to make the technology work, Council President Moore watched with pride.

She said it reminded her of the movie "Hidden Figures", the story of three African-American women who played a vital role in the NASA space program.

“We wouldn’t have made it to the moon without us (referring to minorities and women), so we don’t want the figures to be hidden anymore. We want them out front. We want this field to see just as many women as there are men,” Moore said.

Moore has created a new initiative called Moore Exposure to get more girls involved in STEM. It’s a play on her name, but it also hits at the heart of the issue.

“I think what stops them is they don’t even get started,” she said.

Both women and minorities are underrepresented in science, technology, engineering, and math. According to Pew Research, about half of STEM workers believe limited access to quality education is why.

“I was going to make somebody a friendship necklace,” she said as she navigated the computer screen.

Once her design was done, she sat by the printer to watch it take shape. It would take several hours before it was done.

Not every school has this equipment. 3-D printers aren’t cheap.

“They’re expensive items, so I’m going to be looking, as we have partnered with engineering firms, particularly female-owned engineering firms, to bring this program and others and say, ‘You know what, we need you to come back and invest so you can have your next line of engineers ready to go’,” Moore said. “One spark may help to chart their future.”

For the rest of the hour, they programmed the robot and used a watch-like wrist device to make it move. When one girl jerked her hand so hard it flew off, the whole class giggled.

So, they still have some things to learn, but it sounds like they already learned the most important thing.

“Women can do anything men can do, just like Serena Williams. I am proving a little girl can make it to the second box just like any other boy or man could,” Branch said.

RELATED: Girls top boys at technology even if they don't take classes

On Saturday, October 12, Council President Moore held her first Moore Exposure event at the Johnson STEM Activity Center, a non-profit hub created by the inventor of the Super Soaker dedicated to educating students in STEM.

It was by invitation only to a group of about 100 students.

“We wanted to make sure we expose kids who were least likely to be exposed to it, so we asked the school system to identify those schools, particularly those that had heavy and free reduced lunch, which would be more of the underserved population to make sure they had those opportunities,” Moore said.