While community leaders believe the resolution is a good first step, they also believe more action is needed. 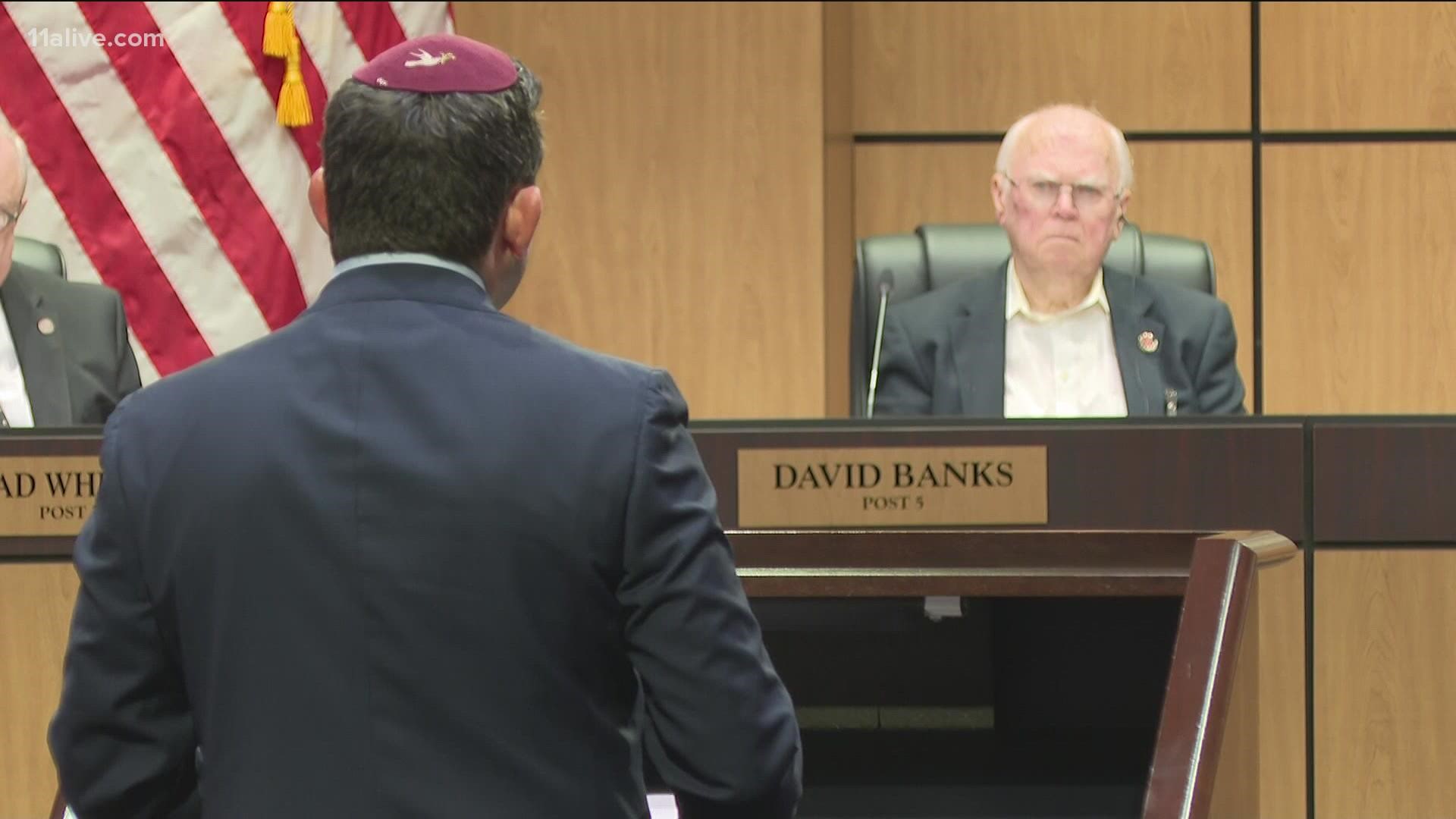 COBB COUNTY, Ga. — After images of swastikas and anti-Semitic language appeared in two Cobb County schools in September, the county's board of education passed an anti-Semitism and racism resolution on Thursday.

While community leaders believe the resolution is a good first step, they also believe more action is needed and the resolution doesn't begin to do enough to address issues of racism.

"I hope this board will go beyond words and take action. It should never, ever happen again," said Holocaust survivor Hershel Greenblat while speaking at Thursday's Cobb County Board of Education meeting.

Greenblat spoke after the board adopted the anti-Semitism and racism resolution and he referenced the recent anti-Semitic slurs and swastikas being found inside Pope and Lassiter High Schools.

Rabbi Larry Sernovitz of Temple Kol Emeth in Marietta said he first learned of recent events after hearing from Cobb County students who attend his temple.

"This just heightened the awareness and certainly put a fear in our students that if we go to school, what is going to happen?" he added

"If you're going to reference racism in a resolution about anti-Semitism then you actually have to figure out why is that word there and what are you going to do about it," he explained.

He called the resolution a positive first step for the Jewish community as it denounces recent events, but he mentioned it failed to condemn any specific incidents of racism.

"There is a lot of pain not only in the Jewish community but as well as in the Black community in Cobb County over a lot of issues," Sernovitz said.

Including the word racism came at the last second and to the surprise of the board's two Black members, who were present at Thursday's meeting.

"I would like for us to consider an anti-Semitism resolution on its own. That is what we discussed last month, that is what we presented to the public," said board member Leroy Tre' Hutchins.

Hutchins requested tabling the resolution so it could be worked on further and board member Dr. Jaha Howard requested adding specific language to denounce Cobb County Schools named after individuals linked to the Confederacy.

Both motions were voted down.

The resolution passed by a four to two vote and only received support from the board's white members.

"We want to educate, we want to do some sensitivity training, and we want to help our community that can truly in the words of the ADL say, 'This is no place for hate,'" said Sernovitz, who mentioned he continues to have constructive conversations with the board and district.

"I would like deeply for the Cobb Schools to adopt a Holocaust curriculum that will really teach our schools about hatred. It is not just about us, it is about all humanity. Never again means not just for us, but for any group." Sernovitz said.

Moving forward, the rabbi would like to see Cobb County Schools do more to address racism and create a Holocaust curriculum. He hopes such an education component would move beyond simply presenting facts.

"It's not just the facts, but it is the socio-emotional development of our students in our schools that begs the question how do we allow our children to engage?" Sernovitz said. 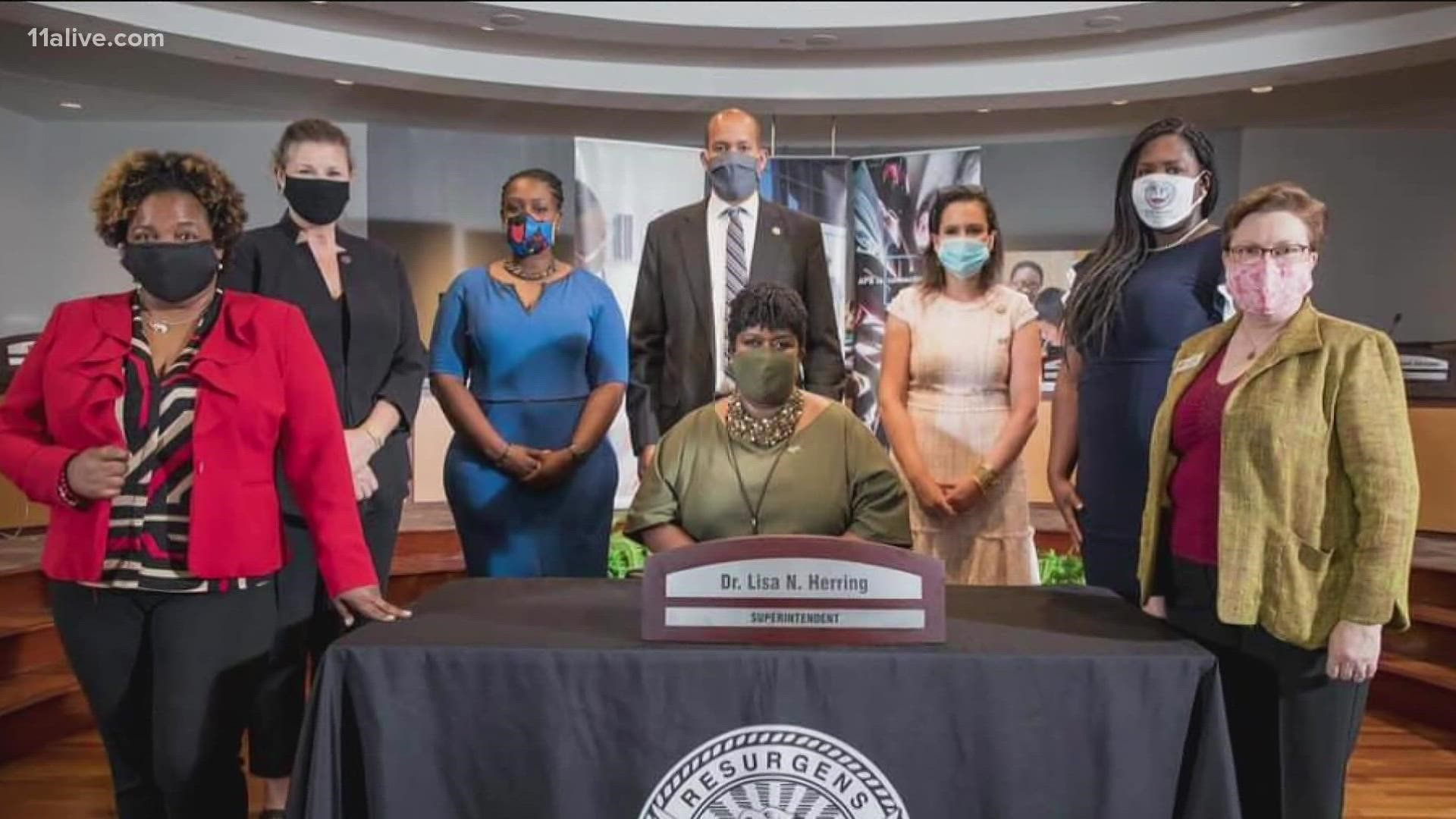