“The school is missing his medication and then our son informed us him given a pink and white medication in place of it.” 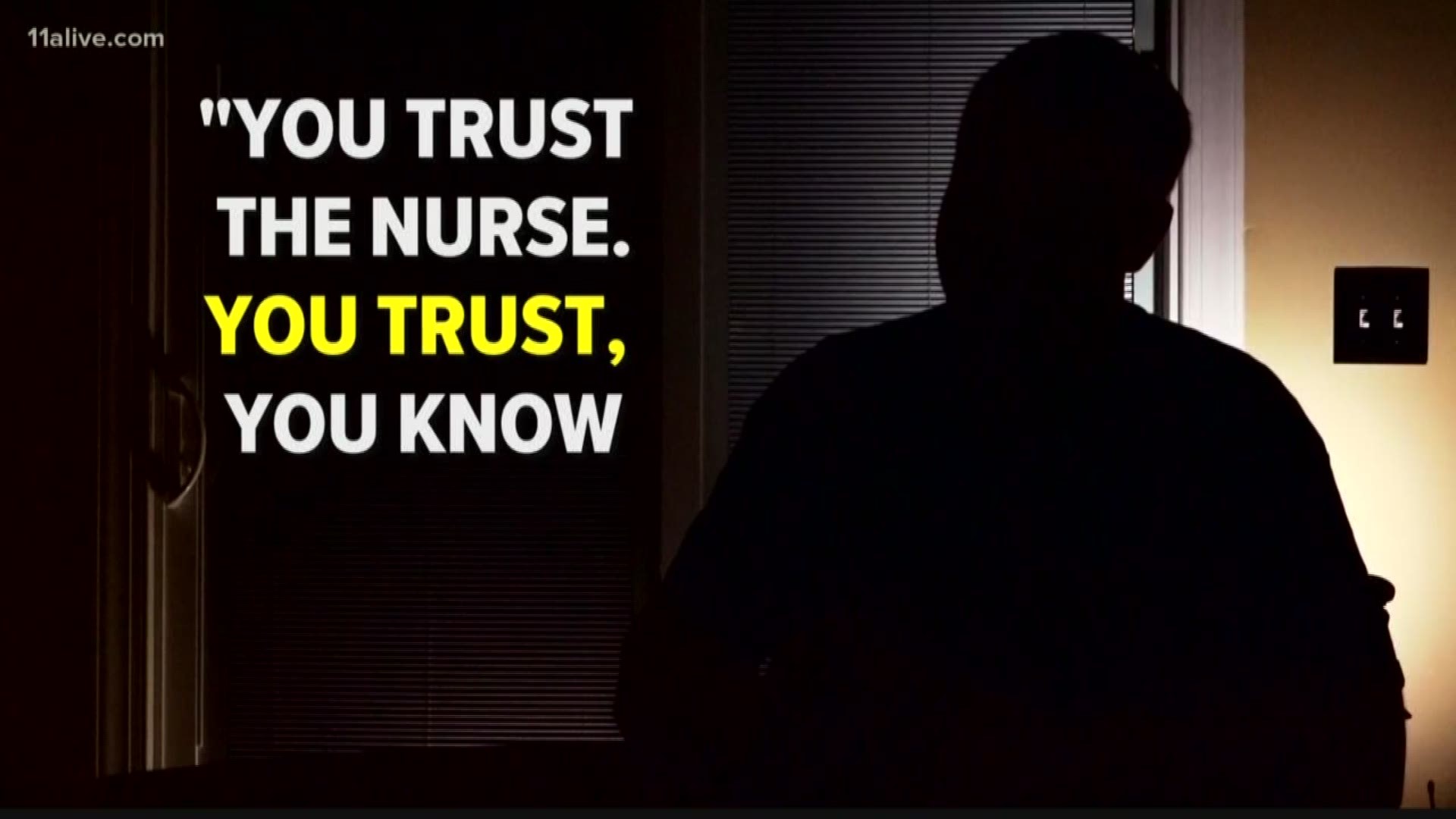 ACWORTH, Ga. — An Acworth family is worried their son was given the wrong pill after the school nurse was arrested for stealing medication.

The parent, who asked 11Alive to not publicly share their name to protect the identity of their 12-year-old, said their spouse received a call from Lindsey Waggoner, the school nurse at Barber Middle School, on Sept. 16.

The parent tells 11Alive the nurse told their spouse they were out of their son’s medication. The parent says there were supposed to six doses of Dexmethylphenidate left; the medicine is to treat their son’s ADD.

Waggoner told the parent she dropped two of the boy's pills and was forced to throw them away, according to the parent.

“That’s not adding up. Dropping two and then they’re telling us he’s completely out?” the parent said.

Later that same day, the parent describes what happened when they talked to their spouse and son.

“The school is missing his medication, and then our son informed us he was given a pink and white medication in place of it.”

The unknown pill made the young boy tired, according to his parent.

“He can feel regular medication when it kicks in and he knows when it kicks off, but he said it was much weaker. Whatever she gave him wasn’t designed to help him focus,” the parent said. “He could have taken something that could have hurt him.”

The parent showed 11Alive emails they sent to the school principal, detailing concerns over the missing medication and the wrong medication.

Three days later, the school sent a message to all parents, reading in part, “We noticed some of our student’s medication was missing. After notifying the Cobb County School District Police Department, we immediately launched an investigation in an attempt to discover what had taken place. The investigation has led to an arrest warrant for one of our staff members.”

Waggoner was charged with taking more than $1,500 worth of pills - 209 pills to be exact - from the school clinic.

“It was pretty shocking. You know, you trust the nurse. She’s a registered nurse in Cobb County,” the parent said. "I can’t believe that happened."

In all, 10 parents, including the one who reached out to 11Alive, were listed on the incident report.

The parent said the school district and school principal have yet to reach out to them over their concern about the wrong pill given.

“They never called us and told us what the pink and white pill was," the parent said. "When something like that happens, you want all the parents to know what could have potentially happened.”

The parent's concerned other students may have also been given the incorrect medication and believes Waggoner should face additional charges.

11Alive reached out to the Cobb County School District asking about any other investigation into Waggoner and the parent's wrong medication claims. A district spokesperson said in a statement, “Last month, school administration and Cobb Schools police immediately launched an investigation when alerted that medicine was missing. The District contacted all the families who were impacted and is in the process of reimbursing them. The investigation led to the arrest of a staff member who is now no longer an employee of the District.

The district spokesperson did not respond to questions specifically about the parent’s concern over the wrong medication. The parent did confirm the district reached out to them concerning a refund for the missing pills but maintains no one reached out to them over the wrong medication complaint. The parent said they don't believe the school is taking the concern seriously.

Waggoner faces one felony count of theft by taking. She was arrested Thursday and released the same day on $15,000 bond. No attorney was listed for her. 11Alive called phone numbers associated with Waggoner and left messages. So far, they have not been returned.