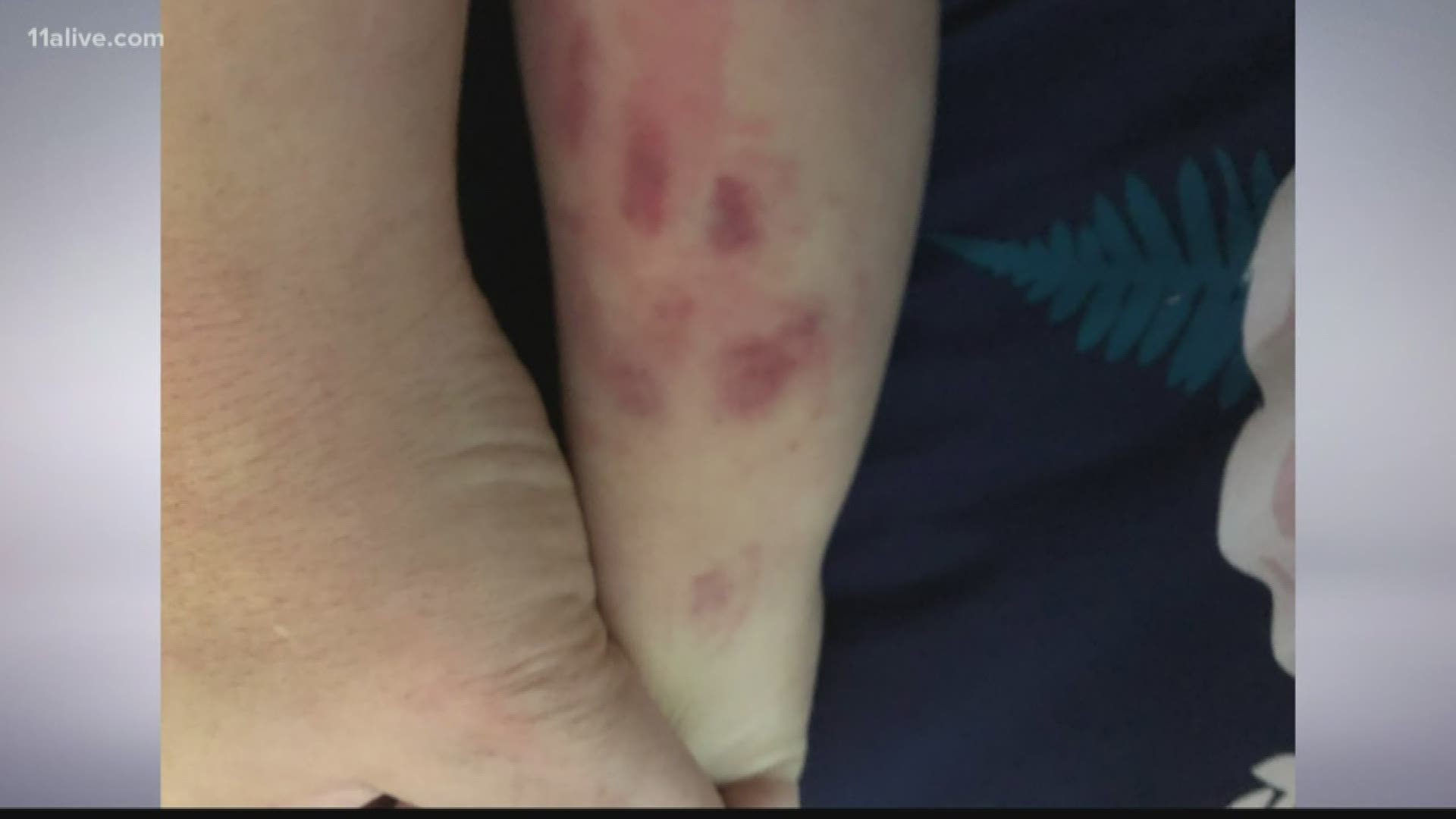 HENRY COUNTY, Ga. — A Henry County father is calling for changes after he says his three-year-old daughter got off a school bus with bruises all over her arm.

This at least the second incident on a Henry county school bus this school year. Thirty days after his daughter with down syndrome was allegedly assaulted on the bus, a teen claimed she was sexually assaulted - also on a Henry County bus.

That's why Michael Smith says he is now speaking up.

"You see my daughter in the video screaming and crying and pulling away from what appears to be this other student assaulting her," Smith told 11Alive's Elwyn Lopez.

Smith said he watched surveillance video from the school bus and realized where those bruises on her arm came from.

"No parent should see their child go through that, much less someone that can't defend herself or speak about what happened," he said.

An incident report states the young girl appeared to try to move away from another child while in her seat and, on several different occasions, another child made some sort of physical contact with her, causing her to cry very loudly.

According to the incident report, the bus monitor appeared to be distracted and did not take the time to try to determine why the three-year-old was crying.

Smith said he met with school officials to talk about additional training for the aids, bus drivers and bus monitors but claims nothing was done.

"While this is a local incident, this can happen anywhere and it has happened in many different states - many different times - because it's not being taken seriously," he said.

School officials said they are aware of the incident, but cannot speak on the specifics of the case. John Hardin, Executive Director, Communications & Public Relations of Henry County Schools said, "I can confirm that school officials were made aware of an incident on this bus on October 1.  We do take matters like these seriously, and a full investigation was started by the School Resource Officer and the Henry County Sheriff’s Department, as well as school officials.  Law enforcement’s investigation was concluded without any charges being levied."

"The safety and security of our students is of the greatest concern for our district each and every day," Hardin's statement concluded.