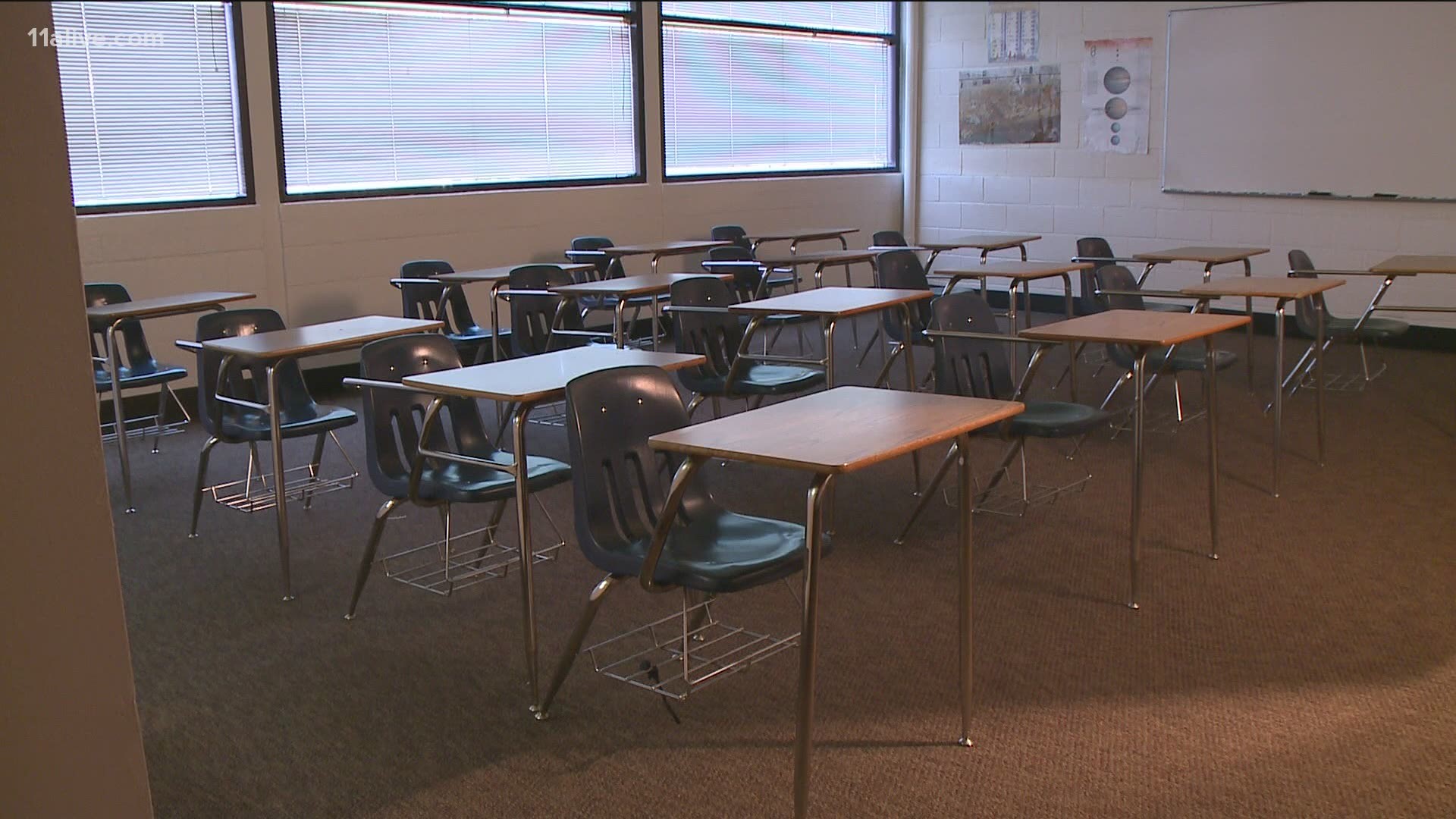 Washington Varnum, Jr. worked as a campus supervisor at Henderson Middle School in DeKalb County for three years. The district said he passed away last Monday.

Colleagues that spoke with 11Alive describe Varnum as a no-nonsense guy who loved being around children.

He passed away just days before county educators returned to the classroom last Wednesday.

"It’s almost like losing a member of your family because we’re all one family here in DeKalb County or that’s the way it should be," said Deborah Jones, President of the Organization of DeKalb Educators.

Jones said she and her co-workers are concerned about the risks in returning to campus right now.

During a board meeting Monday, some educators expressed they want to do right by students, but not at the cost of their own health.

DeKalb educators were told to return last Wednesday. Jones said about 40 percent of ODE members didn’t show, up choosing to use sick leave instead.

"We're just looking for a little compassion, that is all.  The superintendent said she would have compassion over compliance and we're not seeing that," said Jones.

During Monday’s board meeting, the superintendent reiterated the district is using the Centers for Disease Control and Prevention guidelines.

The superintendent said they are also working to provide alternative work spaces and flexibility for educators whose FMLA or ADA requests are still pending.

And in response to reports about teachers are leaving in mass exodus, the superintendent said only 17 certified staff members out of 7,064 teachers indicated last week they plan to resign.

The district said the date for students to return to the classroom has not been announced yet. Families will be given a two-week notice before students return for face-to face-learning.