The plan has been met with criticism by parents. 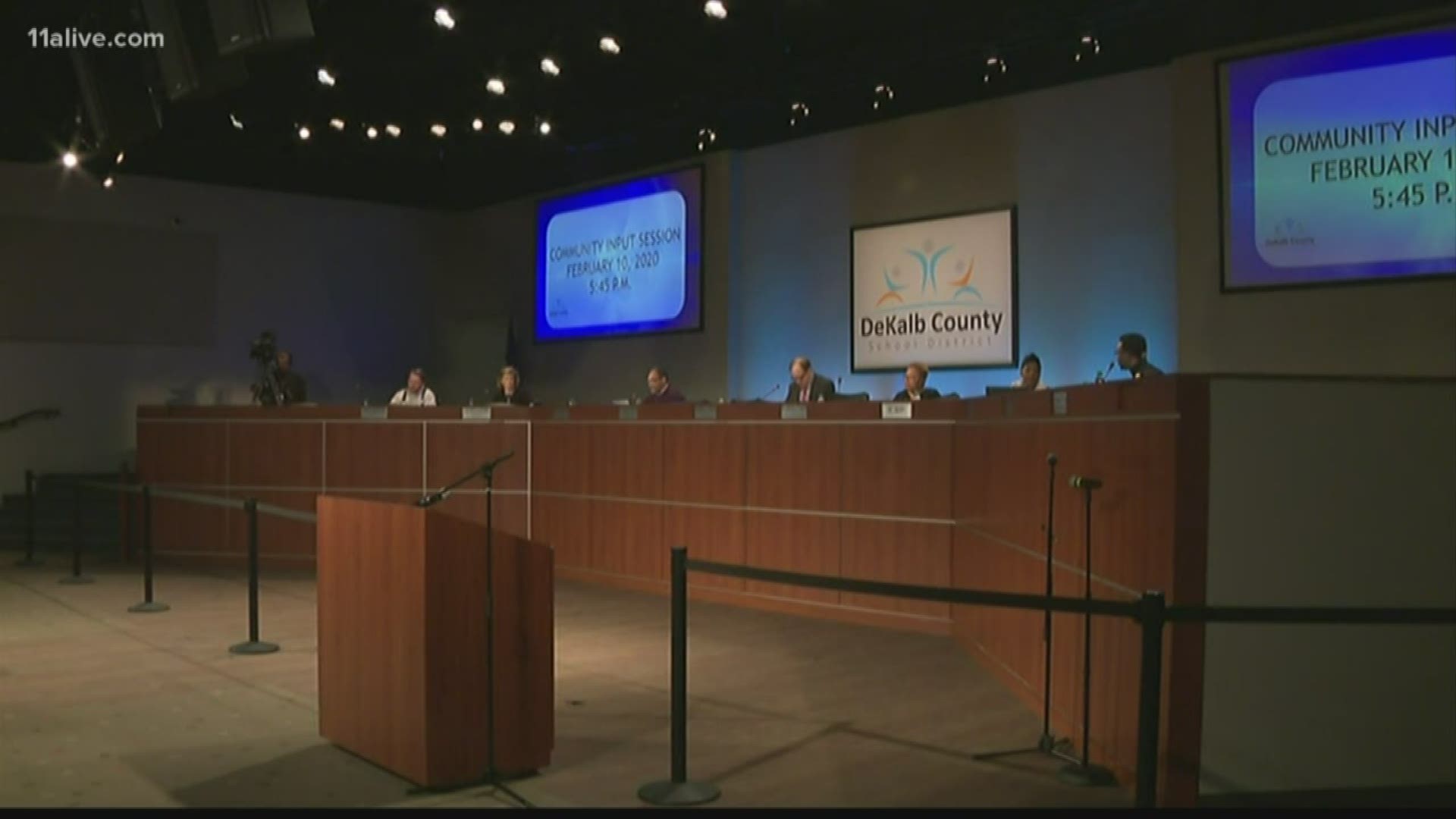 DEKALB COUNTY, Ga. — The DeKalb County Board of Education approved a contentious redistricting plan Monday night that will relocate hundreds of students from their current schools.

The plan, which was proposed by DeKalb Interim Superintendent Ramona Tyson, mostly impacts students in Dunwoody and Doraville, by aiming to relieve overcrowding at Dunwoody Elementary School and populate the new Doraville United Elementary School.

But some parents, especially in Dunwoody, have been very critical of the plan, saying it doesn't go far enough to address overcrowding, while at the same time, making it difficult on parents.

"Parents are frustrated because this is affecting our kids and it's just not an equitable process," one parent, Hela Sheth, told 11Alive last month when the plan was first unveiled.

Under the plan, 102 students from Dunwoody Elementary School, which is over capacity by about 200 students in the eastern part of the zone, will be absorbed into the southern tip of the newer Austin Elementary School zone.

The plan will relocate the entire population of Kittredge Magnet School on East Nancy Creek Drive in Brookhaven to the old John Lewis Elementary School. The Lewis building, at 2383 North Druid Hills Road in Atlanta, nearly eight miles away, hasn't been in use for about a year.

"(The) Interim Superintendent claims this plan will create less disruption. That is not true. This plan is separating families and siblings," Sheth told 11Alive in an email before the vote. "If you have a first grader and a fourth grader attending Dunwoody Elementary, you now have to figure out a way to get them to two different schools several miles apart during morning rush hour in a highly congested area."

A fact sheet produced by the superintendent's office said minimizing disruption to families and providing relief to Dunwoody were core goals of the plan.

At the board meeting, one parent indicated, in an impassioned critique, that those goals were not met.

"City lines do not equal schools. The color of a child's skin does not equal a cluster designation. The imaginary line someone drew with a Sharpie 30 years ago can, and in many cases, should be changed to realign school zones that better suit the children," she said.