The district said it will announce more during its “State of the District” address, Tuesday night. 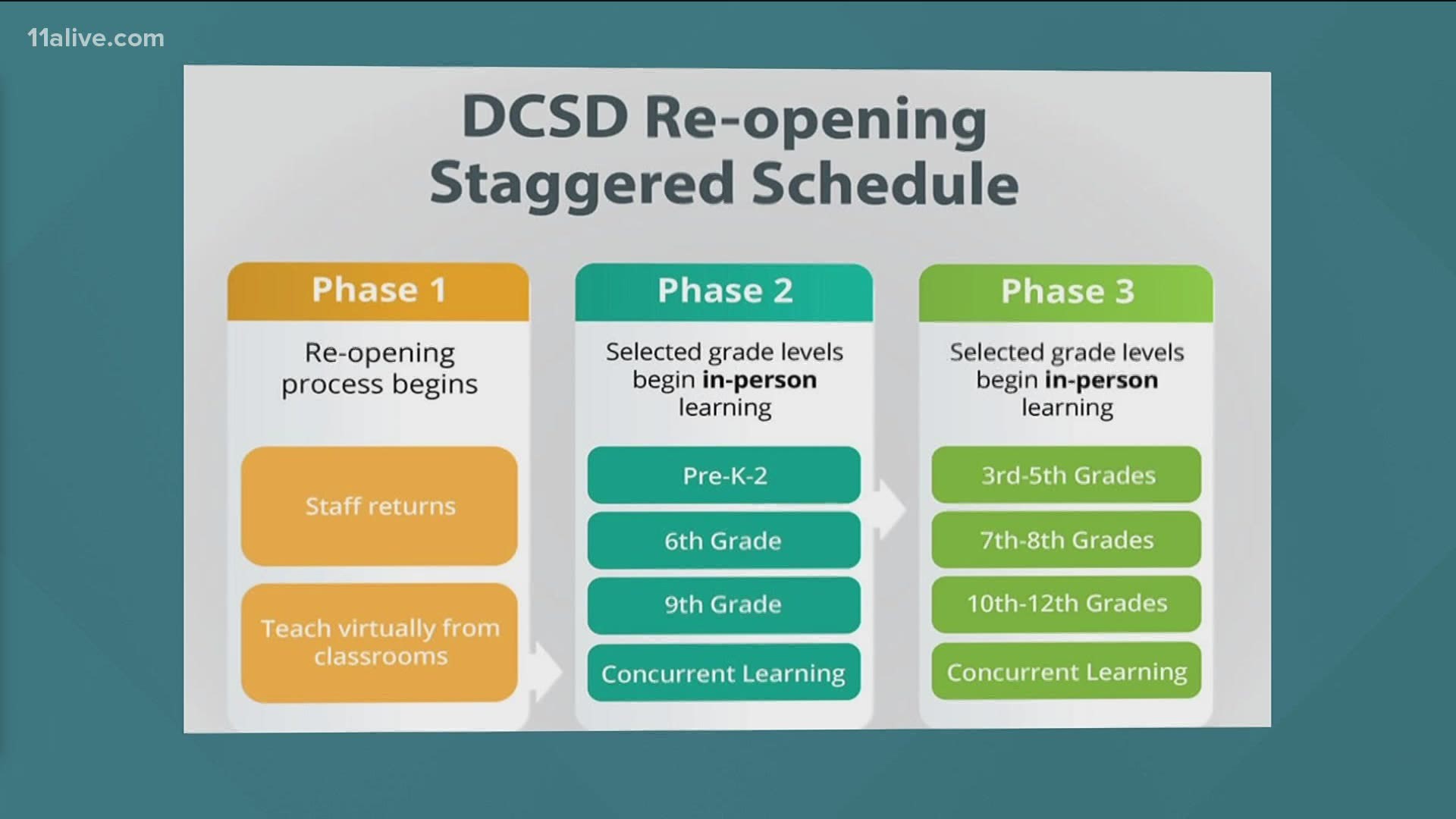 DEKALB COUNTY, Ga. — DeKalb County students finally have a timeline for when they will be able to return to in-person learning.

According to the plan, the DeKalb County School District said students will participate in hybrid, in-person learning based on their choice to attend school.

The district said it will announce more during its “State of the District” address Tuesday night.

“I am excited about the return to face-to-face instruction,” Superintendent Cheryl Watson-Harris said. “This has been a tough, but necessary decision. We will continue to make the safety of our scholars and staff our number one priority and soar together.”

According to the district, schools will organize all classes into two cohorts based on last name and/or instructional program in order to adhere to the social distancing requirements outlined by the CDC, and to facilitate testing and contract tracing, and minimize transmission.

Local officials, including DeKalb CEO Michael Thurmond and Board of Education chair Vickie Turner, praised the plan laid out by the superintendent.

“It goes without question, virtual learning has presented some serious challenges to our students, our families and our staff," Turner said. "The Superintendent is to be commended for facing those challenges head on and coming up with viable solutions that will ultimately benefit our students."

Both said the focus will continue to be the success of students - with health and safety at top of mind.

"As we move forward with the hybrid plan and re-opening of schools, we will follow every evidence-based recommendation to keep our teachers and students safe," Turner said.

DeKalb has been one of only a few districts where students hadn't returned, although educators have been in the buildings for a few weeks now.

Back in December, the district had announced its original plan to allow students back in its schools mid-January. However, that was delayed due to a spike of COVID-19 cases in the state.

Now, parents like Seth Schreiber, whose 6th and 9th grade daughters both go to school in the district, are cautiously optimistic.

"We've had this announcement before, and they pulled the rug out from under us," Schreiber said. "Hopefully, fingers crossed, we're going to ride that rug right into school here on March 9th."

His 6th grader, Rowan, and 9th grader, Hayden, attend Chamblee Middle School and High School, respectively. He said this year is critical for them to attend in-person, since it will be their first year in the school.

"The announcement is great, it's very positive that we're here today, but nothing is done until March 9th and my kids walk into the school building," he said.

He said his daughters also want to go back to school.

"To me it's a no-brainer," he said. "We've got to get the kids back in school ... months ago. We've been through COVID now for a year. People have had it, my daughter has had it! It's time to adjust to the new normal - whatever that looks like ... and push through."

More information on the reopening plan can be found online.