The incident left a Redan High School student with third-degree burns to his face, neck and torso back in August. 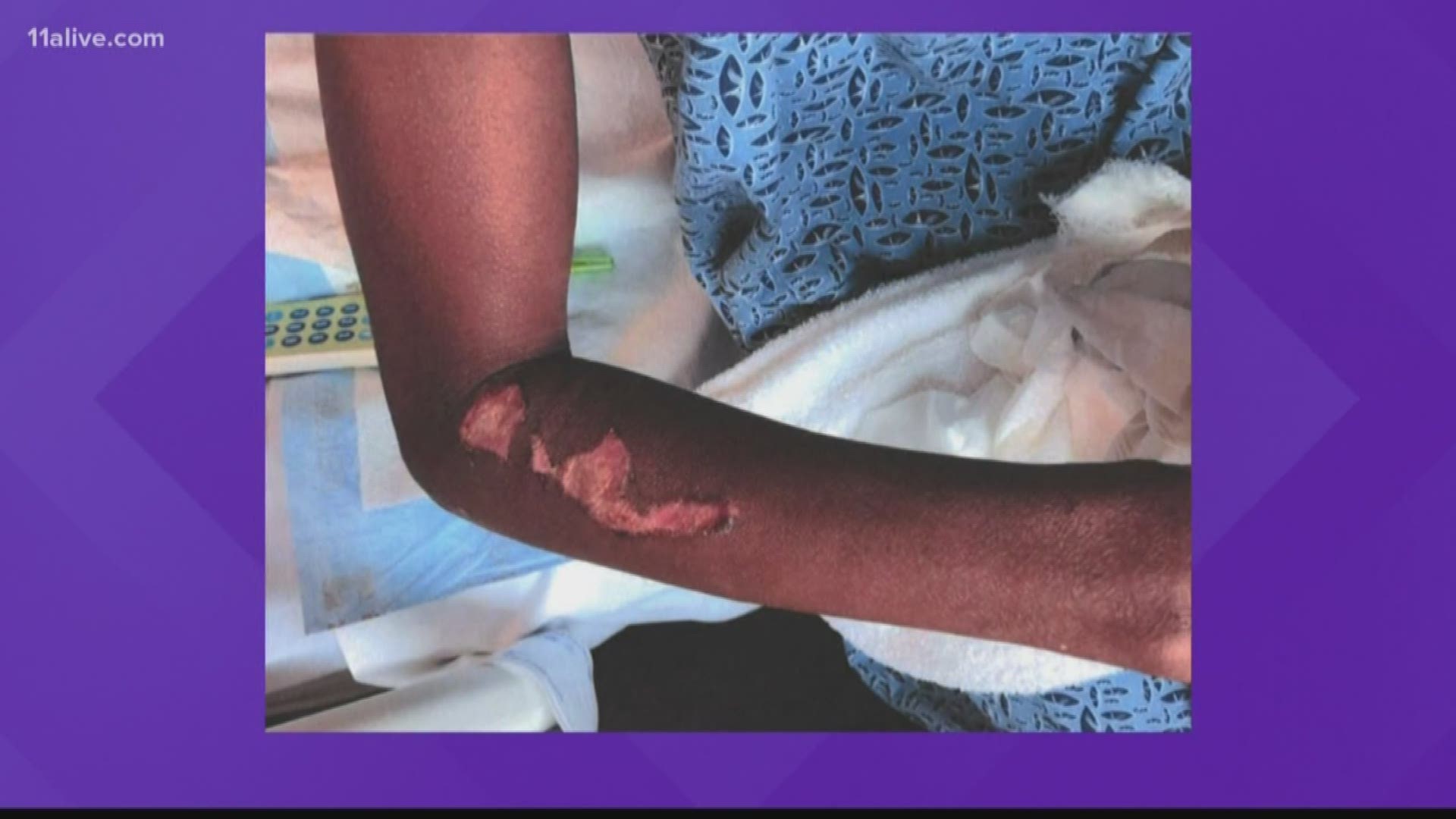 That experiment wound up going terribly wrong, and left a 15-year-old student with severe burns to his neck, face and torso.

Lawyers for the student, Malachi McFadden, assailed the teacher and administrators as they released the DeKalb County School District's investigation into the August incident on Wednesday.

"They let a chemistry teacher do a magic trick," attorney L. Chris Stewart said, "and no one stopped her."

The attorneys are calling for Blowe to be fired and are suing the school district on McFadden's behalf, saying in a press conference, "We don't care who was at fault, we know all of you were at fault."

Malachi McFadden Injury Report
McFadden was severely burned during an experiment gone wrong in a chemistry classroom at Redan High School in August.

The report lays out how Blowe submitted a lesson plan for the first day of school with the burning money "magic trick" pulled from the website ThoughtCo. and how it tragically got out of hand.

"According to Ms. Blowe's written statement, she lit the bill in her first period class prior to the lecture on August 6, 2019. Ms. Blowe wrote that the dollar bill caught flame and doused it with water," it states. "The glassware was mislabeled and what she thought was water was indeed alcohol, which caused the flames to spread across the desk"

According to another written statement, "Ms. Blowe lit the $5 two times. The first time the demonstration did not work, so she soaked the money in more alcohol so that she would be successful the second time.She stated that (as) Ms. Blowe placed the money in the alcohol, the flame was not completely out from the first demonstration. Ms Blowe did not know that."

"Once she placed the money in the bowl of alcohol, the flames got hotter and larger. The flames were so large that Ms. Blowe tried to put out the fire by pouring what she thought was water on the flame. She tossed the clear substance on the flame and it caused the flame to grow even larger and spread."

From there, a witness described how the fire spread and enveloped McFadden.

"Ms. Blowe then added ethanol to the flame, and that is when the flame got large and cracked the bowl. The flame then ran across the desk landing on (McFadden). (The witness) stated that (McFadden) was sleeping or had his head down on the desk. ... (The witness) explained that Ms. Blowe's face was in a state of shock and she froze."

The article the teacher used for the experiment is still readily available, and explains that the idea is when you soak the money in a mixture of water and alcohol (which, broadly speaking, is interchangeable with ethanol), when you light the bill what burns off is that mixture, rather than the bill.

"After the alcohol has burned, the flame goes out, leaving a slightly damp dollar bill," the ThoughtCo. article states. There are many YouTube demonstrations for how it is supposed to work, as well.

Another written statement, from a paraprofessional identified only as Ms. E, described how the situation spiraled as McFadden caught flame.

"Ms. Blowe was trying to get the students excited about chemistry. She did not mean for any of that to happen."

The teacher, in part, blamed the incident on the mislabeled glassware that caused her to exacerbate the fire rather than get it under control.

"She says she thought it was water, she blames the school because she says that some of the bottles were mislabeled," he said. "Whether she is lying and saying that she was reaching for water, but knew it was ethanol, it doesn't matter, this never should have happened."

The report concluded Blowe had violated school board policy and committed unprofessional conduct, and recommended her termination.

Stewart wants it to go higher than that, saying her department chair had access to the lesson plan and should have never allowed it to proceed.