The district said Destiny Sanchez was already on probation for making bomb threats. 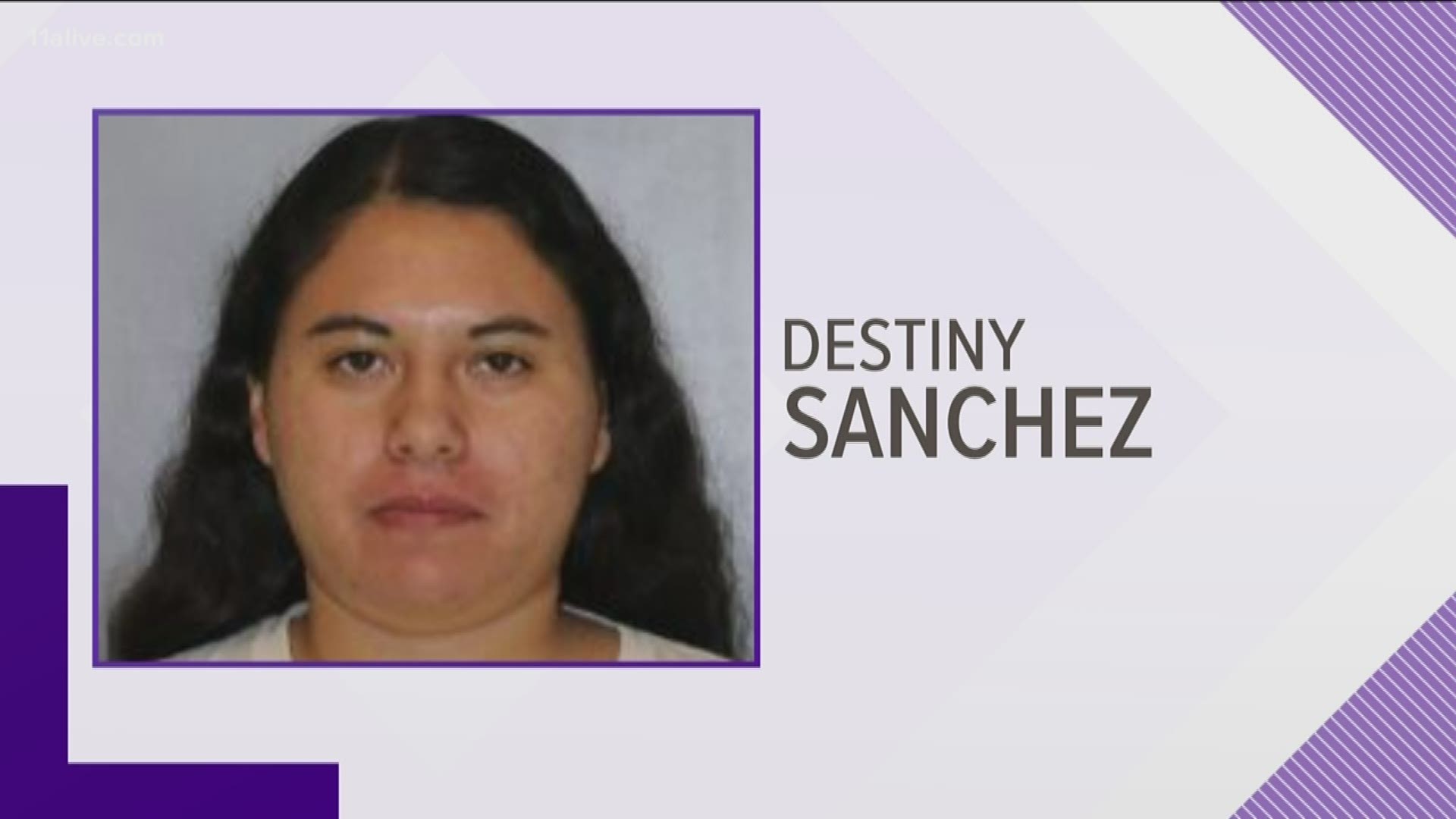 HALL COUNTY, Ga. — A 19-year-old former student, Destiny Sanchez, was arrested after a metro Atlanta school system was put on alert with reports of a bomb threat circulating on social media.

Sanchez was arrested at 4 a.m. on Friday, according to Hall County Schools Superintendent William Schofield. The arrest was made in Gainesville.

According to a 2017 report in The Gainesville Times newspaper, Sanchez was a North Hall High School student who at that time was charged with making terroristic threats after notes were found in her backpack that said things like "bomb" and "ISIS."

The district said Friday that Sanchez was already on probation for making bomb threats.

The Hall County Sheriff's Office said the threat had been posted on Twitter and discovered and reported by a person in Michigan.

The school system earlier confirmed that they learned of the threat from the sheriff's office when a concerned resident tipped them off to the non-specific threat.

"Working with law enforcement, the Hall County School District has taken stops and precautions to ensure that all Hall County students, team members, and campuses are safe," the system wrote in a message to 11Alive.

Hall County Schools had put out a $2,000 reward for any information regarding the person responsible for the threat.

RELATED: 'I look at them as my own kids': School resource officer uses training to save choking student

The threat comes just one day after a bomb threat was called in at the Mall of Georgia in Buford - a city just south of the Hall County line in Gwinnett.

That threat led to a massive response where members of the Gwinnett County Sheriff's Office, Gwinnett Police Department, and Gwinnett Fire Services searched every store in the large mall before deeming it safe. During this time, mall stores were open to the public. Investigators have released no information to suggest the two incidents are connected.

As was the case during the mall threat, Hall County Schools intends to remain open and conduct classes on Friday.  A spokesperson said the Hall County Sheriff's office is working to provide extra support at all campuses on Friday since the threat didn't name any particular school.

The school system also notified parents of the incident through its own alert system. One of those messages, shared with 11Alive by a concerned parent, said school system administrators "look forward to a normal school day" and that security measures will be in place" throughout the day.