When asked why the Douglas County teen chose to tackle such an undertaking, the answer is simple: "I wanted to challenge myself." 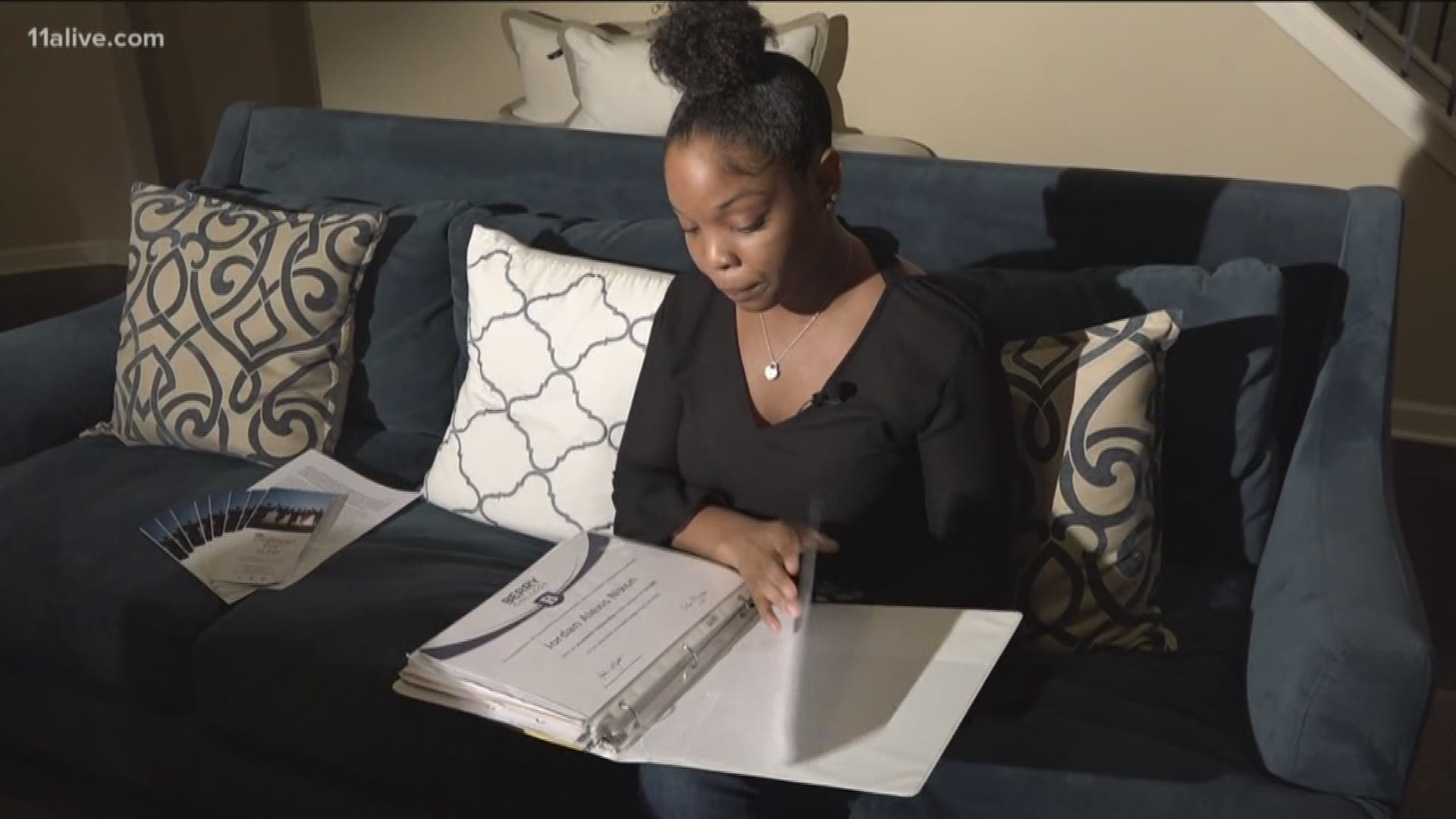 A Georgia high school senior has been accepted into 39 colleges - and is still waiting to hear back from more. So far, Jordan Nixon has racked up $1.6 million dollars in scholarship money.

11Alive's Ashley Johnson spoke to the teen, who said she's applied to more than 50 colleges. While Nixon said she's received one rejection and a few deferrals, the majority of the schools have said yes.

When asked why the Douglas County teen chose to tackle such an undertaking, the answer is simple: "I wanted to challenge myself."

But it's no small feat applying to all these schools. According to US News and World Report, the average cost of applying to college is $43, and can run as high as $50. Multiply that by nearly 40 schools, and that adds up to more than $1,600.

Add the staggering cost to the fact that even getting accepted into college has become more competitive than ever. Take the University of Pennsylvania, for example. In 1990, the Ivy League school's acceptance rate was 41 percent. In 2017, that number dropped dramatically - to 10 percent.

Nixon said she took those factors into account, simply doing her research when it came to apply for scholarships. She said she took advantage of every opportunity, something most students don't, according to some outlets.

According to Nerd Scholar, $2.9 billion - with a B - in scholarship money goes unclaimed every year simply because students just don't fill out the form.

BE INSPIRED: 'We taught them to work hard and do their best' | McDonough triplets graduate with highest honors

Right now, Nixon is still deciding which school to attend, as she's waiting on responses from a few more schools. But, she told 11Alive she plans to make a smart move and use whatever scholarship money she can to attend a school with a good international business program.

School's she's been accepted to so far: