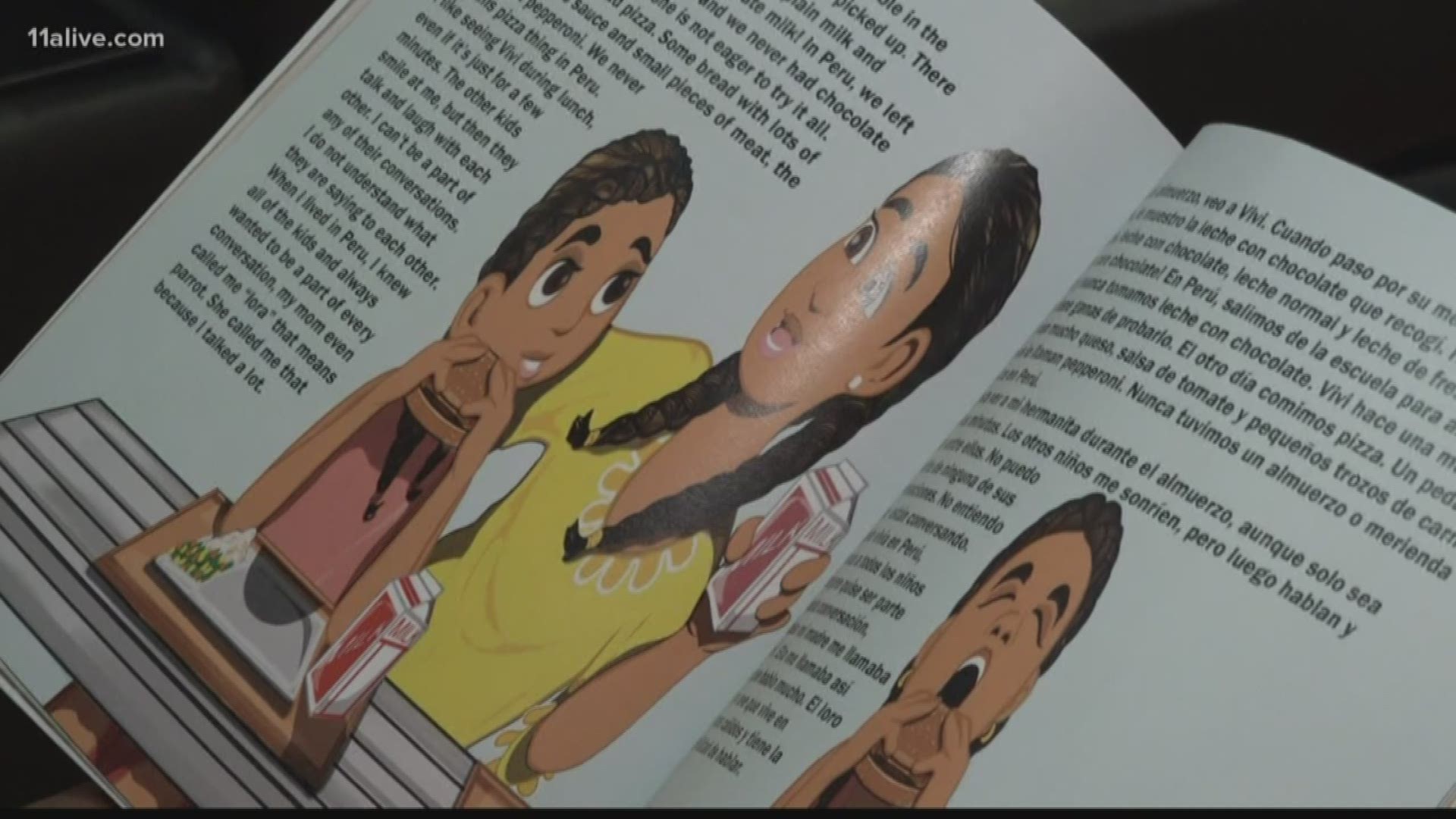 A Gwinnett academic director is hoping to empower children through her own personal immigration journey.

Nury Castillo Crawford was 10 years old when she came to the United States from Peru with her parents and her siblings.

"I was shocked, you know! I was like, 'what? Chocolate milk? Who put chocolate in here?'" she told 11Alive's Elwyn Lopez as she showed her a page from her new bilingual book, "Sofia and Vivi: Big Sister."

The illustration shows a little girl named Sofia trying to navigate a new culture. Sofia is the main character in Crawford's books, and is inspired in her own immigration story.

"My dad worked night and day," she said.

"Sofi and Vivi: Big Sister" is part of Crawford's bilingual book series. The first one being, "3,585 Miles to be an American Girl."

Sofia leaves her familiar home in Peru and follows her family to the United States.

Crawford, an academic director for Gwinnett County Public Schools, wants immigrant children to see themselves represented in her books. Thirty-two percent of the students in the school district she represents identify as Hispanic or Latino. Nineteen percent are white.

"Helping our communities feel empowered, thereby empowering our children so they can believe in themselves, and they will not see obstacles as barriers but just a challenge that they have to conquer... to me is everything," she said.

In 2018, about 70 percent of Hispanic students at Gwinnett schools graduated. Raising that percentage is one of the program's primary goals. Crawford said there's a variable that might be hindering some students.

Crawford said her goal is to empower children through her bilingual books.

"Children should never be put into a political bubble, they are just children," she said.

Gwinnett has also been at the center of the immigration debate because of the sheriff's office agreement with ICE, known as 287-g. The program allows a number of deputies to enforce immigration laws within the jail.They can check your immigration status whether you're arrested on serious charges such as murder or a lesser charge such as driving without a license.

Opponents of 287-g say the agreement causes mistrust between the community and local law enforcement.