When their teacher collapsed during recess, a class of fifth graders in Newton County jumped in and helped her get medical help right away. 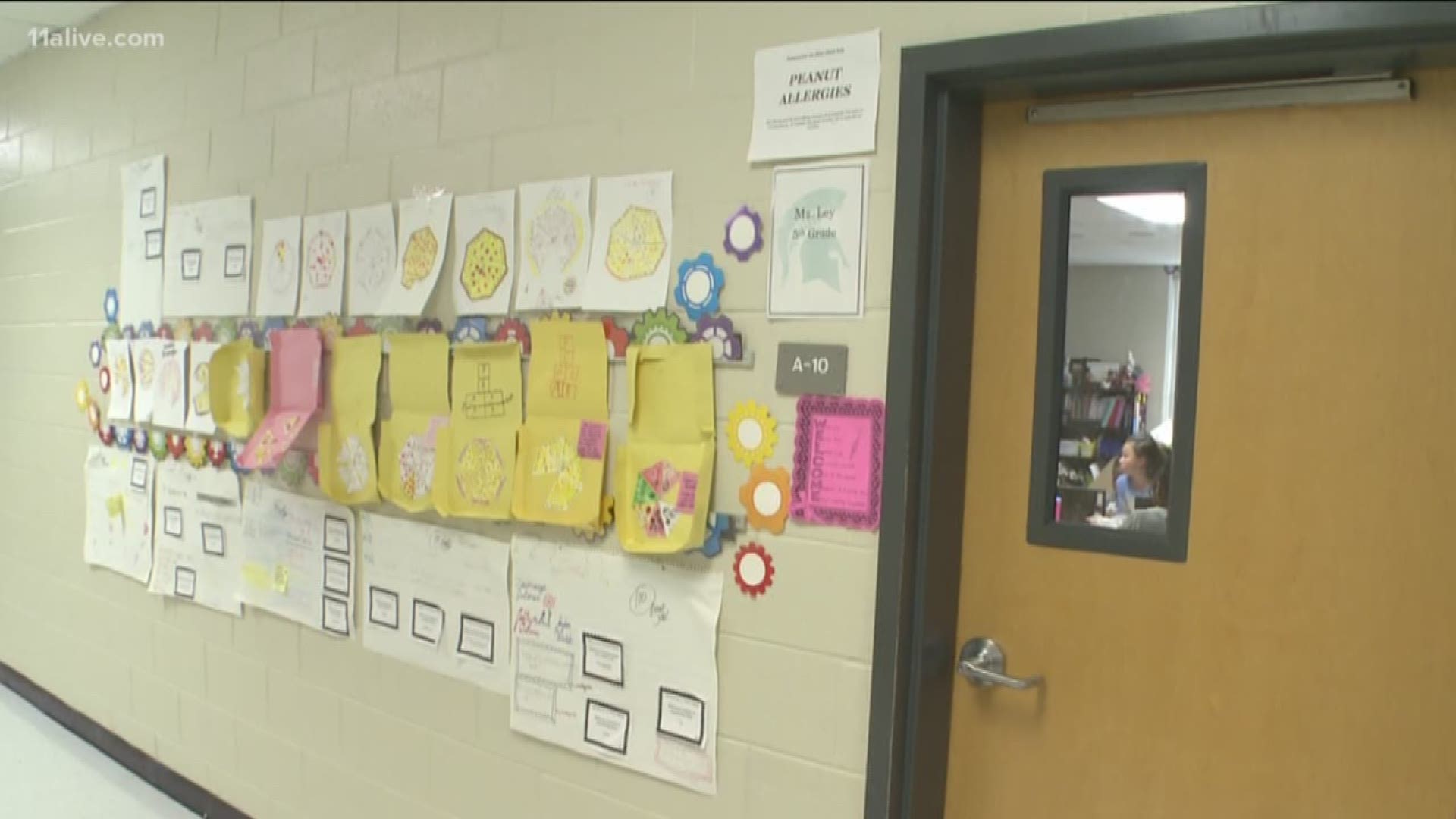 A fifth grade class at South Salem Elementary School in Covington was honored Thursday for stepping up to help their teacher after she had a medical emergency on the playground.

Jennifer Ley, a math teacher at South Salem, collapsed on the playground during recess back in October.

Two students, Ava Woodell and her friend Kennadi Wilson, were playing on the playground swing set when they saw her fall.

Kennadi ran to her and began yelling to anyone who would listen.

“I grabbed the walkie and I was communicating with administrators to get help for her and she ran and found a door that was ajar,” Kennadi said.

"We heard the call for help and knew something was very wrong," said South Salem Elementary principal Terran Newnan. "We headed for the playground right away."

Ava said there was no question in her mind that her teacher would do the same for any of her students.

“I knew that Ms. Ley would be the same way,” Ava said. “If one of the students was like that, she would do everything she can to get help for them.”

Credit: Newton County Schools
From left: Fifth graders Ava Woodell and Kennadi Wilson helped save their teacher after they saw her collapse on the playground during recess.

Many of their classmates joined in. They banged on locked doors and yelled through windows, trying to get anyone’s attention. Ava ran through an open door and found a janitor.

“I told him that our teacher needed help and we weren’t really sure what was wrong,” Ava said.

Kennadi, Ava and the rest of their classmates helped get Ms. Ley the medical attention she needed, and she was able to return to class days later.

"They did a phenomenal job," Newman said. "They remained calm and helped their teacher and as a result, we were able to provide assistance to her. I am so proud of each and every one of them. It was definitely a proud principal moment."

Ms. Ley had a speedy recovery and was able to return to class in a few days.

“I thought we were in trouble for something honestly,” said Ava. “Then, she was talking about what we did, and how it was great.”

During her visit, the superintendent held a special white box – inside, was a coin of distinction for each student.

"That’s how elite you are. That’s how special you are. It only goes to people like that," said Fuhrey. "So congratulations to you because you are just that special. I hope you will take this coin and cherish it and keep it in a special place that reminds you of just how special you are and just how unique you are and just how different you are from any other class of students."

It’s an honor that only two other Newton County School students have ever received. It’s significance is not lost on Ava and Kennadi.

Credit: Newton County Schools
Ms. Jenny Ley's fifth grade class at South Salem Elementary was honored for helping Ley after she suffered from a medical emergency on the playground.

“Because a lot of people help people every day, small things and most of it is overlooked, even big things,” Ava said. “I just think it is an honor that our whole class was recognized.

Ms. Ley said she will always cherish her current class of students.

“They are a great group of kids and I will always remember them,” she said.

1 / 9
Newton County Schools
Ms. Jenny Ley's fifth grade class at South Salem Elementary was honored for helping Ley after she suffered from a medical emergency on the playground.