From joyride to school bus wreck: How a prank could have turned deadly

The joyriders slammed into the other bus so hard that it was knocked on its side and took down a light pole in the process. 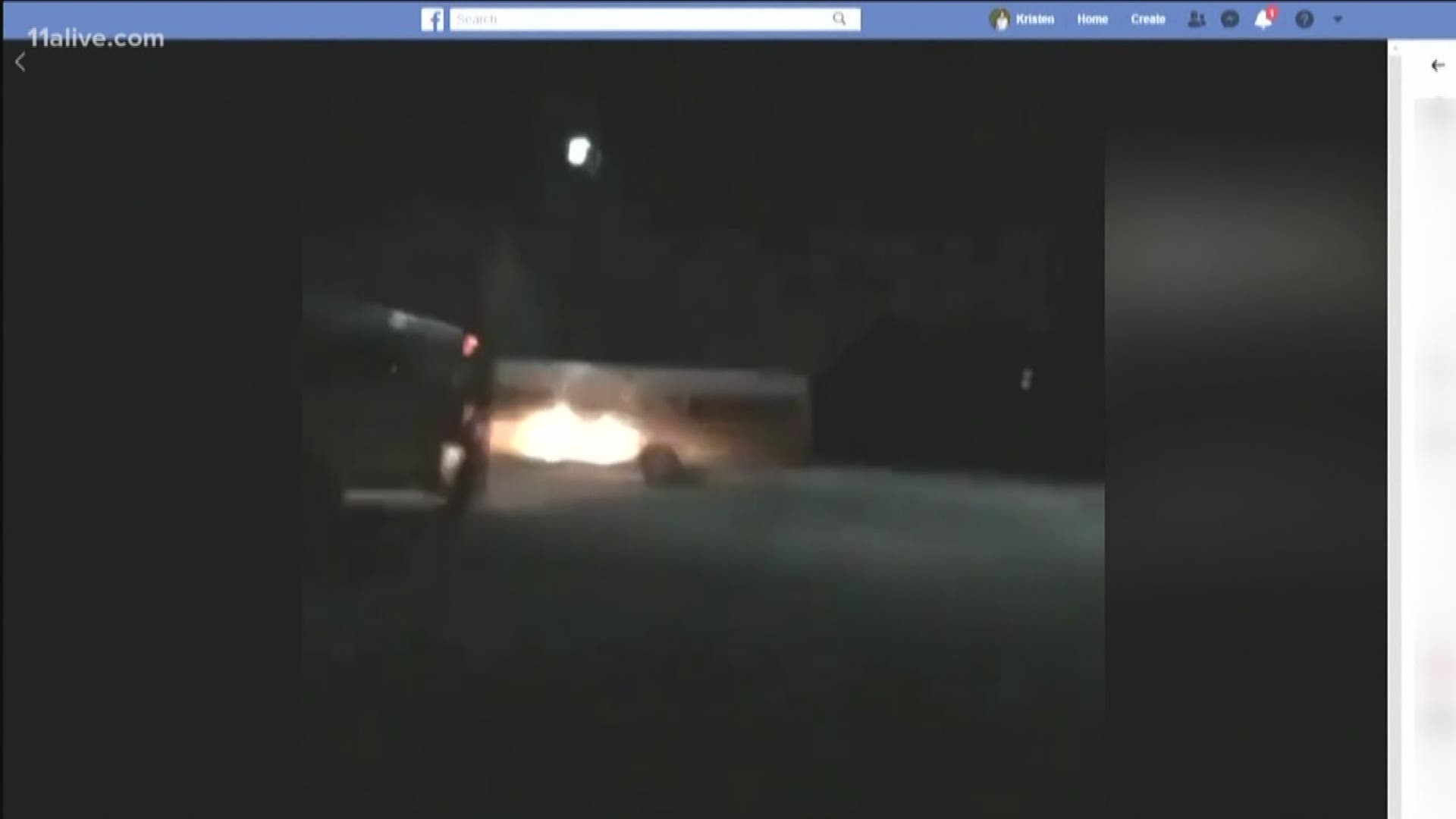 FULTON COUNTY, Ga. -- A couple of teens are in big trouble, and there is video on social media showing them driving a school bus in a school parking lot and crashing it into a parked bus.

It's a school bus caper that could have killed the teens responsible. In the middle of the night--late Sunday night or early Sunday morning--the boys climbed aboard a school bus at Banneker High School in Fulton County and drove it around the parking lot. But this joyride went wrong - big time.

The spokesperson for Fulton County Schools said the teens either lost control of the bus or wrecked it on purpose - t-boning the other bus so hard it was flipped on its side. Not only were both buses extensively damaged, the wreck ended up knocking down a light pole. It's this kind of force that could have easily hurt or killed the very same teens who were behind the wheel.

On Monday, school police investigators identified two of the people they believe were involved, and said it's possible additional people may be arrested. One of the two suspects is 17 and facing felony charges as an adult. Those charges include entering an automobile and interference with government property. He is a student at a Fulton County School but not Banneker High. The other suspect is described only as a juvenile.

Anyone familiar with Banneker's campus knows there is no security fencing in this area of the school's property. The school system is not discussing security details, or whether there were school cameras in the parking lot area that helped police identify the suspects.

The district went on to explain that the buses were being stored at the school temporarily while the bus parking area was being renovated. The district said it is now reviewing protocols related to bus storage, and they are no longer keeping the keys on the bus.

In the meantime, police said more charges are possible in a prank which could have easily taken lives.