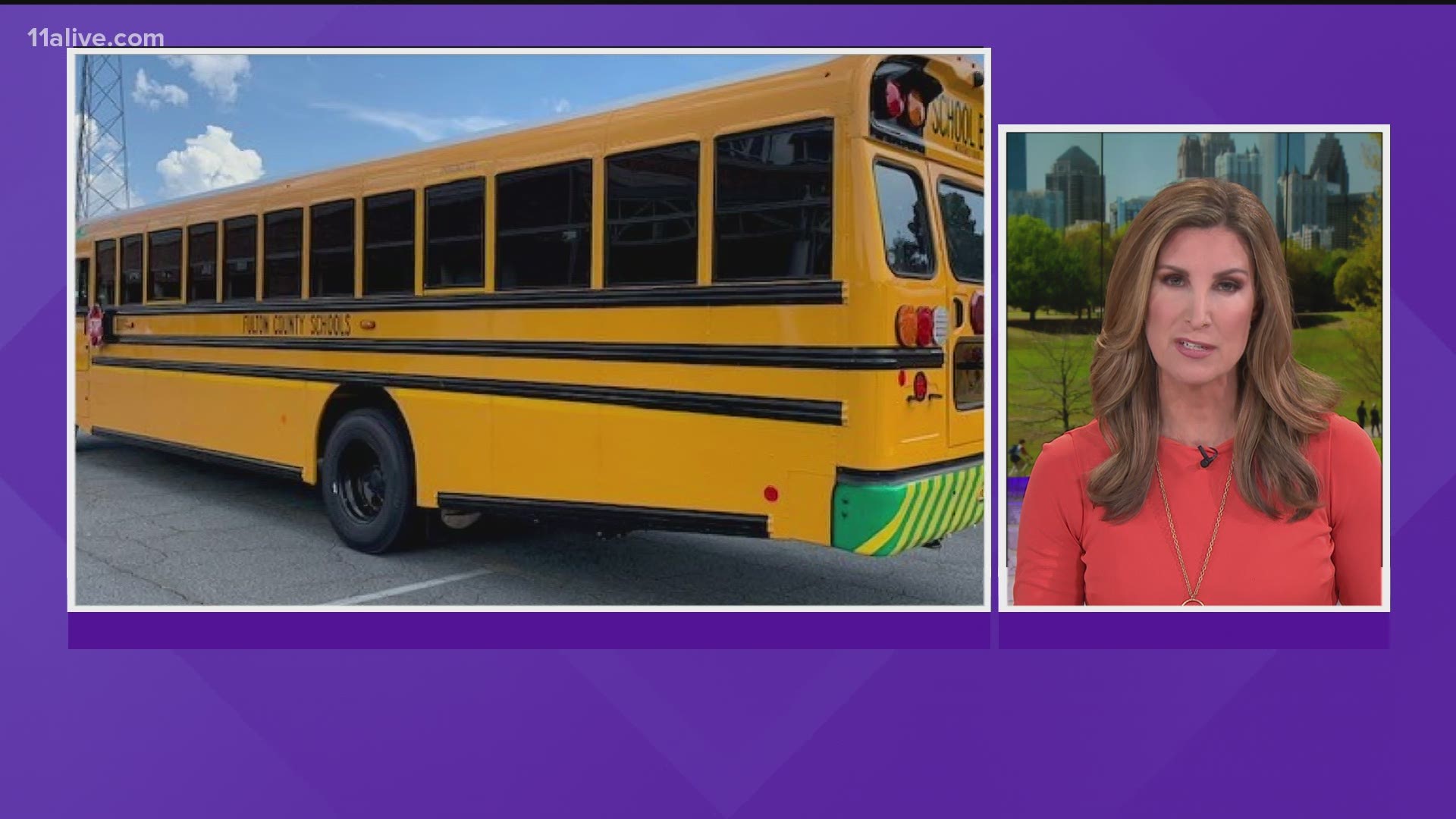 “We anticipate a great deal of savings in fuel and maintenance costs with this electric bus,” said Vickie Cross, Fulton County Schools’ executive director of Transportation. “Adding this fully electric bus to our fleet helps us continue our legacy of creating a safer, cleaner environment for our students and communities.”

Fulton County Schools said it was able to get the Blue Bird Vision with the help of grants provided by the Alternative Fuels Bond Fund and the Southern Company.

The company also said a school bus takes between 3 to 8 hours to charge, typically being charged overnight, and can travel up to 120 miles in a single charge, which lasts between 6 to 8 hours.

“Yancey Bros. Co. is proud to be the distributor of Georgia’s Blue Bird school buses. With over 400 delivered or on order in North America, we are thrilled to deliver the first all-electric school bus in the State of Georgia,” Shooter Roberts, Sales Manager, Yancey Bus Sales, and Service said.

Fulton County Schools said the bus will charge at the district's on-site charging station, in which Georgia Power donated the charges.

According to a release, Blue Bird Vision has electric school buses in 19 states.

Additionally, the school district operates 940 buses in total, with over 400 being fueled by alternative power such as propane.

The electric bus was delivered to Fulton County Schools along with 41 propane-powered Blue Bird Vision buses.