Lawsuit: 'Monstrous' string of sexual abuse was committed against girl with disabilities on school bus

The suit describes a horrifying, near-daily pattern of sexual assaults that allegedly occurred on the school bus between April 4-20, last year. 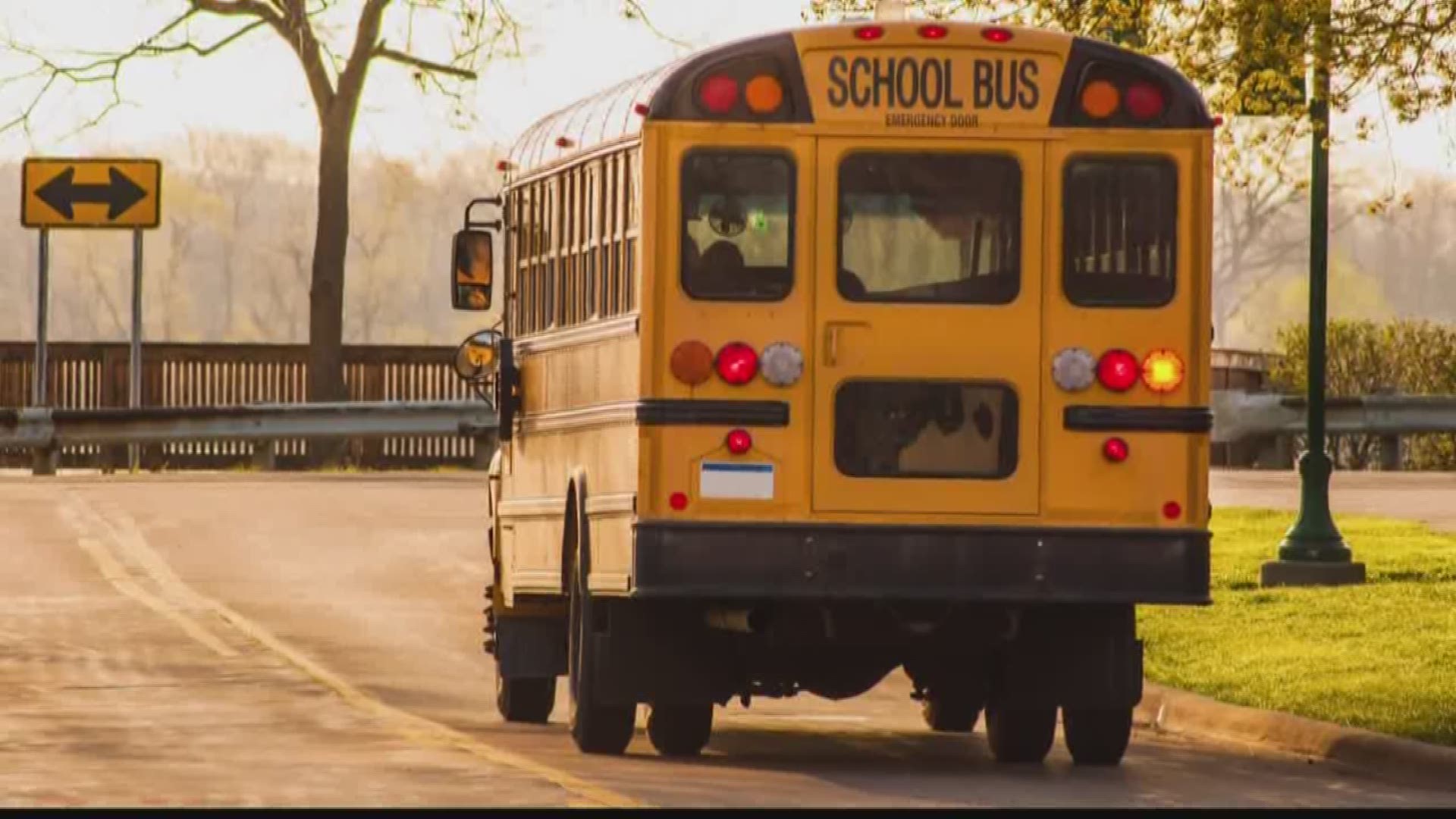 FULTON COUNTY, Ga. — A Fulton County middle school student with physical and mental disabilities was subjected to a "monstrous" string of sexual abuse assaults during a two-week period by fellow special needs students aboard her school bus, a federal lawsuit alleges, as the driver did nothing until the day she was raped.

It describes a horrifying, near-daily pattern of sexual assaults that allegedly occurred on the school bus between April 4-20 last year - all within view of the driver, operating a bus specifically designed for students with special needs that contains only 3 to 4 rows of seating.

According to the suit, the abuse began when one student left his seat, sat next to the 14-year-old girl and groped her. A second student, "emboldened by the lack of discipline and restraint," for the first student then began a series of escalating sexual assaults - ten instances described in all during that 17 day period - that culminated in the rape of the girl aboard the bus.

On that day, the suit alleges, the driver only reported that he "noticed something," even as the girl had been "stripped naked, physically battered and raped."

The driver was "immediately separated from the district" after the incident, Fulton County Schools said.

"The bus driver in this case was completely derelict in his duties and repeatedly exhibited a willful and deliberate indifference to maintaining student discipline and ensuring student safety," the suit states.

In an interview with 11Alive News, Parks said that someone with the school district told him that the bus's on-board video and audio recordings captured and recorded all of the attacks, and described for him, in detail, every assault as seen on the video.

"So it's not a matter of whether it happened, we have it on video," Parks said. "There's a video of the rape, and then there's medical confirmation of the rape."

The suit alleges a range of failures that implicate Fulton County Schools, including the removal of a regular employee monitor from the bus before the string of assaults occurred, and video footage and audio recordings which "could be accessed and reviewed on a daily basis" but apparently were not.

“The allegations in this complaint are extremely serious and concerning to the district. Because we are dealing with minor students, this is a particularly sensitive matter. We need to allow any ongoing investigations to be complete and respect the privacy of all students allegedly involved. We look forward to the case being adjudicated through the legal process, not by attempting to make legal gains with press statements and grandstanding. It is not appropriate.”

Ultimately, the suit says, "(Fulton County Schools) was deliberately indifferent to the sexual abuse and rape of Doe," who suffered damages that included emotional distress.

"You just can't run a bus with a bus driver who is oblivious," Parks said in the interview. "I mean, if this was a one-time incident, maybe he didn't catch it. Seventeen days! Of horrific, sexual assaults. That's a guy who, excuse the pun, is asleep at the wheel."

Parks said the driver on the small, short bus-- "it's like a big SUV" --would have had the video monitor in front of him showing him what the camera, pointing back toward the students, was recording in real-time, and the driver would have had a mirror to see the children. And, Parks said, other special needs children on the bus, "fewer than ten," witnessed the assaults.

Describing the abuse as "hellish," Parks said in a statement that the school district had "wholly failed" to protect the girl.

"The Fulton County School District is required by law to ensure all students are given a safe environment while at school and being transported," Parks said. "It has wholly failed in that regard with respect to one of its most vulnerable students, and this lawsuit seeks to address the School District’s liability for creating an unsafe situation for a special needs student that exposed her to multiple sexual assaults over a 17-day period."

The lawyer said the audio recordings and video footage from the bus "will verify all of the plaintiff's allegations" but that, so far, Fulton County Schools "has refused to produce the footage to the plaintiff or her parents, denying her access to crucial evidence."

Parks is asking for money to help toward the girl's treatment and recovery, and said he hopes the school system will make changes to protect students on the buses from now on.

Man who tried to get baby daughter to sleep with Benadryl, killing her, gets 15 years in prison