On top of the acceptance letters, Kayla said she was also offered more than $900,000 in scholarships. 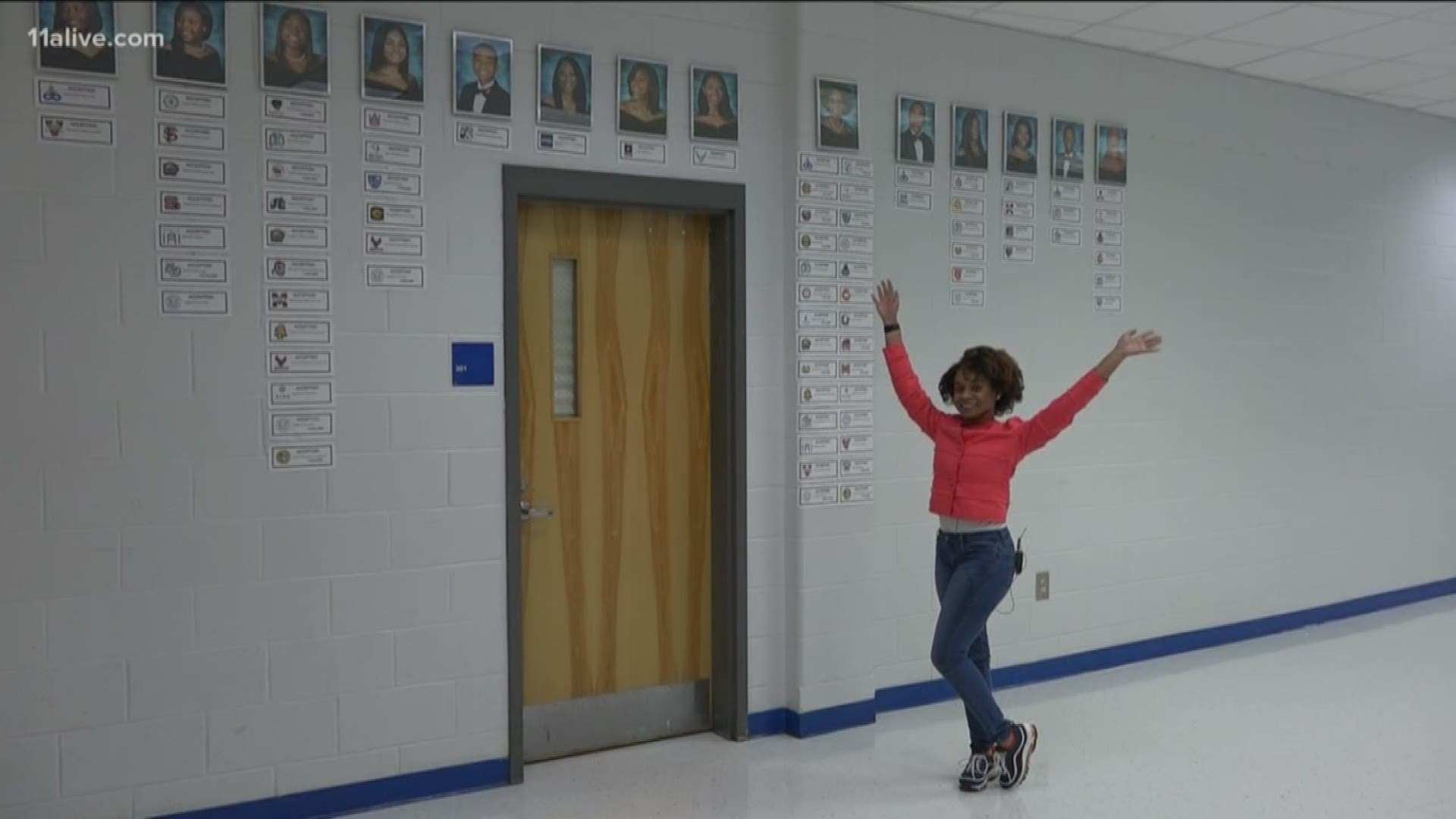 SOUTH FULTON, Ga. -- Kayla Willis wasn't sure if she should share the fact that she had been accepted to 31 colleges - but the Internet was pretty inspired when she did.

Kayla attends Westlake High School in South Fulton but she's now known around the world after a photo from the senior hall in her high school went viral.

The photo shows the wall where students post the schools where they were accepted.  And Kayla's section of that wall takes up a lot of space.

"They're missing a few but I'm not going to complain or brag because I still have a lot underneath there," she said.

BE INSPIRED: 'We taught them to work hard and do their best' | McDonough triplets graduate with highest honors

She had the picture and was no doubt proud of what she saw. But she wanted to ask her dad if it was appropriate to share.

"He was like, 'You need to show the world how great you are'," she said.

And so she did. And the rest is Internet history.

The answer was a big yes. In almost no time, her picture had over 146,000 likes. People from other corners of the world were even responding in languages she didn't recognize.

It's worth pointing out that she has 31 out of 50 acceptance letters right now - but more than a few of those may still be in the mail and on the way to her house.

And while it's a case of much-deserved recognition for Kayla, there's more to it than just a few moments of Internet stardom. Kayla wants to point out that it's not impossible for anyone to follow in her footsteps.

"To show them that someone who made an average SAT score who has good grades - someone can make it and do that type of thing," she said.

She applied to many schools at all levels including Notre Dame, the University of Georgia, and Spelman. This leads many to ask how she could afford to send letters to so many - and afford the entrance fees.

On top of that, when added up, Kayla said she was offered more than $900,000 in scholarships from all the universities that have already responded.

For Kayla, the second oldest child with three brothers and one sister, it's a chance not only to encourage her own family but other students as well. And it's working.

"It's just been contagious and I've had so many students come up to me and say, 'Hey, here's my acceptances, I want to put them on the wall'," Principal Jamar Roberson said.

Kayla said it's a chance to show other students that there's hope in the hectic college acceptance battle.

"I wanted to inspire people and show them that you can actually dream big and get to where you want to go," she said.

She wants students to know that they have options and has even started a club at her school to help them realize it.

As for her future, she's accepted an offer to study at Fisk University on a full-ride scholarship. She plans to major in International Business and Spanish. 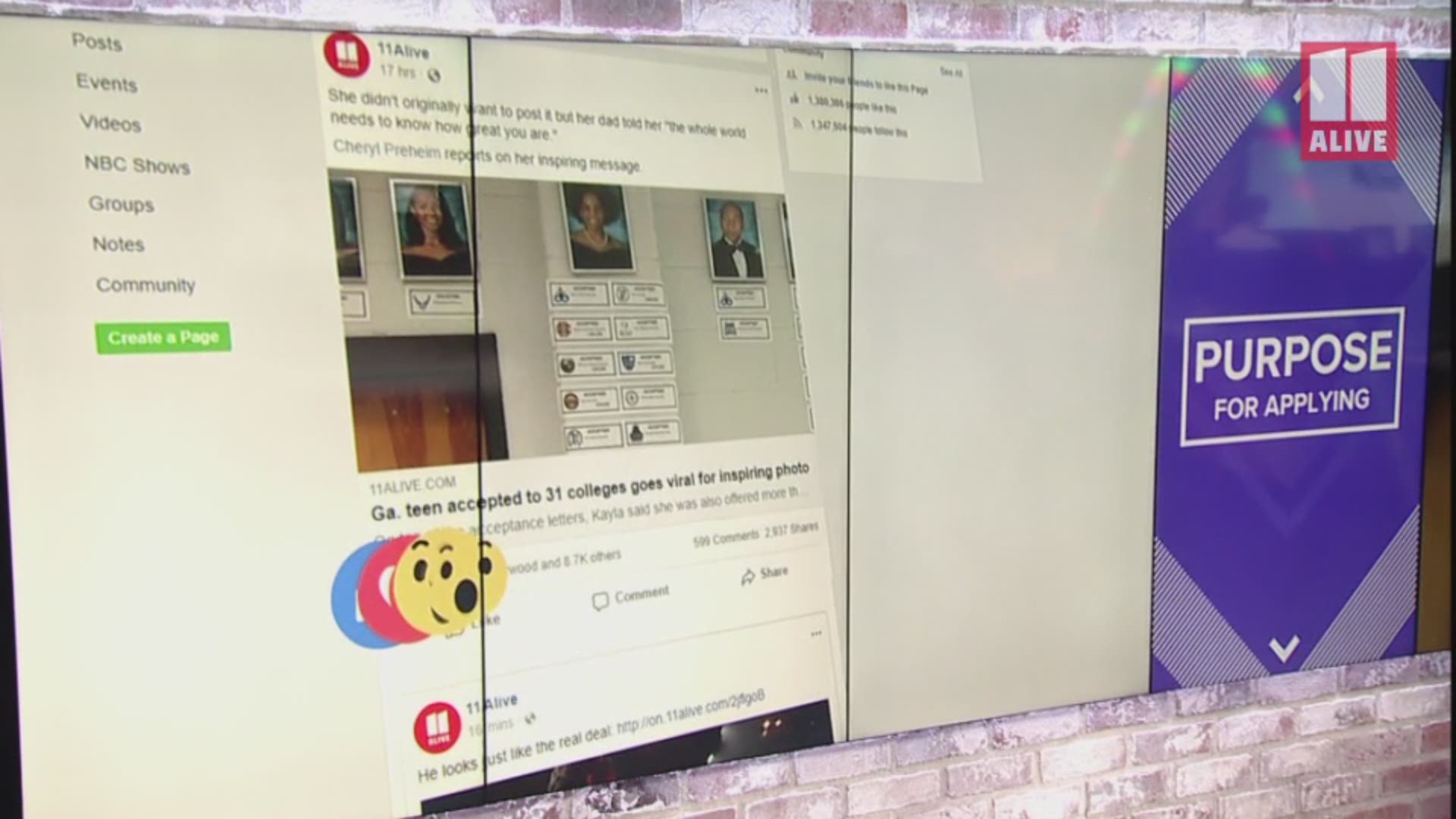