Lily and Evie Babcock used their cooking platform to raise $4,000 to stuff 240 backpacks with supplies. 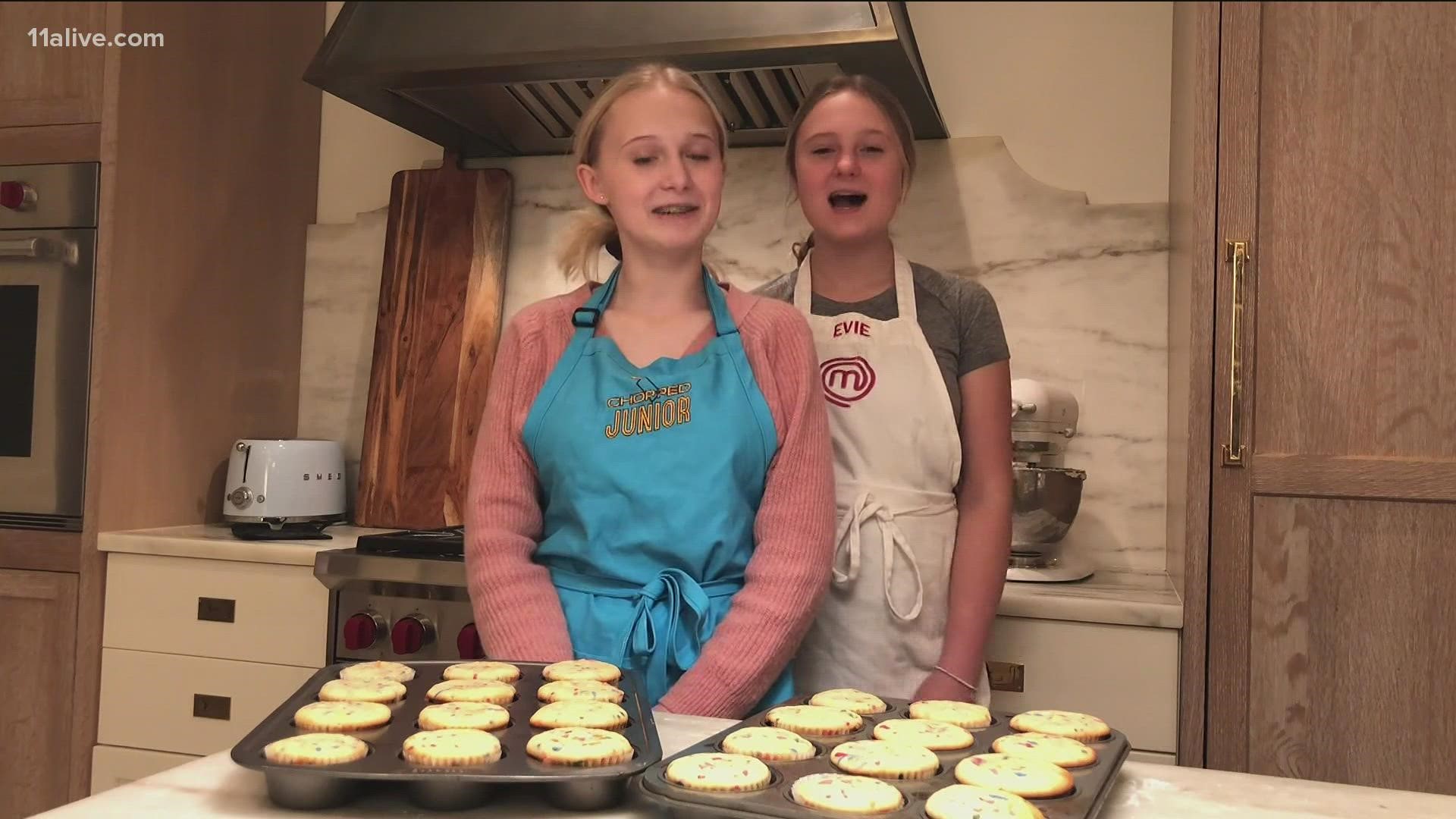 ATLANTA — Two Atlanta girls made it their mission to help local refugee families who were unable to afford backpacks and school supplies as students begin the new school year. It started with their passion for baking and turned into a campaign to raise thousands of dollars to give back.

Lily said she often reflected on the fact that not all children had that same privilege.

“I recently worked at a summer camp with refugee children," she said. "I realized if we could help get school supplies for all of these children, that it could help them have that same love for learning and happiness that I've experienced.”

Lily knew she could integrate that goal with her talent for cooking, and her platform from an appearance on Chopped Junior.

Her 14-year-old sister Evie had a similar passion and following. You might remember Evie from Master Chef Junior.

The duo baked and campaigned, and set a goal of raising enough money to stuff a few backpacks with supplies.

“It's just really heartbreaking to see like, how sometimes kids don't have access to what they really need to have a great school year and be successful," said Evie. "We just really wanted to help.”

And help they did.

The backpacks will be distributed to refugee children in the Atlanta area with the help of New American Pathways. Chief Advancement Officer Nancy Gaddy said refugee families they serve often don't have money for or access to school supplies.

“These are people that have mostly been in horrific circumstances and situations all over the world," Gaddy explained. "Some are victims of health crises, or natural disasters. The last thing you want a parent to be doing is scrambling just to get a book bag and paper and supplies.”

Lilly and Evie helped stuff the backpacks and sent them off before school began.

“It's amazing to see all the hard work we put in finally pay off," Lily said.

Her advice for other young people?

"Don’t ... feel like you’re voiceless," she said. "Even if you can’t vote or things like that, you can always do small things, and sometimes they turn into bigger things. And every little act of kindness matters.”