He’s the 1st African-American Male valedictorian at his Georgia high school and is graduating with a 4.7 GPA

Rawlin Tate, Jr. will graduate with a 4.7 GPA, as the first African-American male valedictorian from Woodland High School. 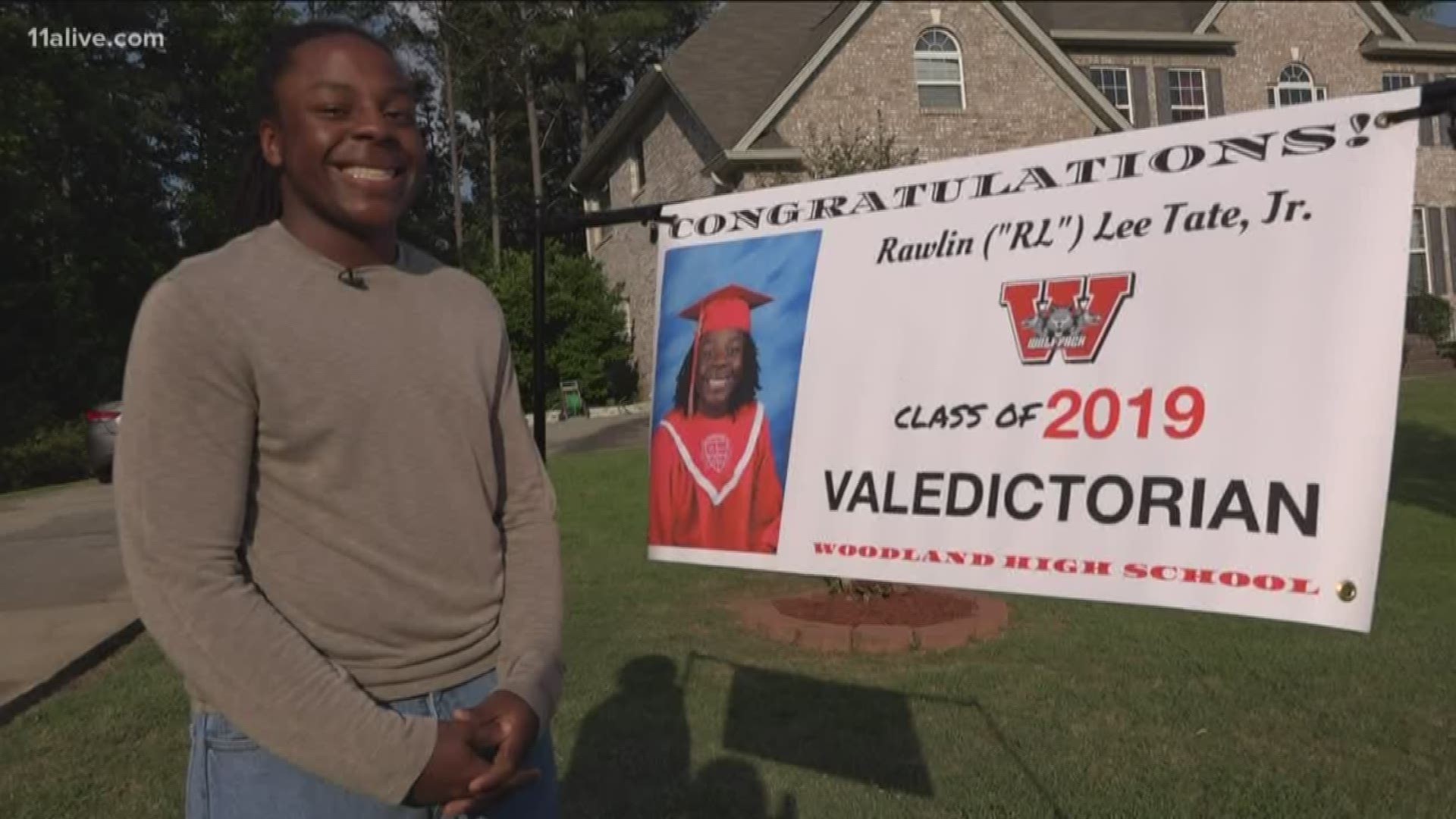 “I’ve always been high achieving but to this degree -- I’ve never really experienced this," he said. "I didn’t even know what a valedictorian was going into high school. I’ve just kept doing what I was doing, and now I’m here.”

The "here" is making history as the first African-American male valedictorian from Woodland High School. The 18-year-old never made anything less than an "A" as a student - resulting in a 4.7 GPA.

Tate was accepted to more than 14 colleges, including Tuskegee and Howard, and was awarded $1.2 million in scholarship money. His chose North Carolina A&T and plans to major in mechanical engineering.

His older sister, Camielle, smiled at the news and said, “Kudos to you and kudos to going to an HBCU, 'cause it’s lit.”

He'll walk across the stage on Friday, May 24, with 9 tassels around his neck, as family and friends cheer him on.

Since the news broke of his achievements, Tate said he's received nothing but positive remarks, as well as many wondering what motivated him.

He explained sports taught him how to push harder, as well as his long history with the piano.

“I believe music helps with academics as well," he said.

The piano has been a part of his life for 15 years, and he plans to keep it in his life as he moves to college.

“I also want to pursue a professional music career with my piano,” he added.

Tate credits God and his family for his high achievements, including his dad's lessons in humility and his mom's guidance on milking all his opportunities.

Dad, Rawlin, Sr. said, “You have to be grateful and humble for the blessings that you have.”

As he heads to college, he already knows he'll need to keep a 3.5 GPA to keep his scholarship -- something he might not have too much of a problem achieving.

“I don’t really feel any pressure to stay number one in college, I’m just going there to get an education and explore more music,” he said.