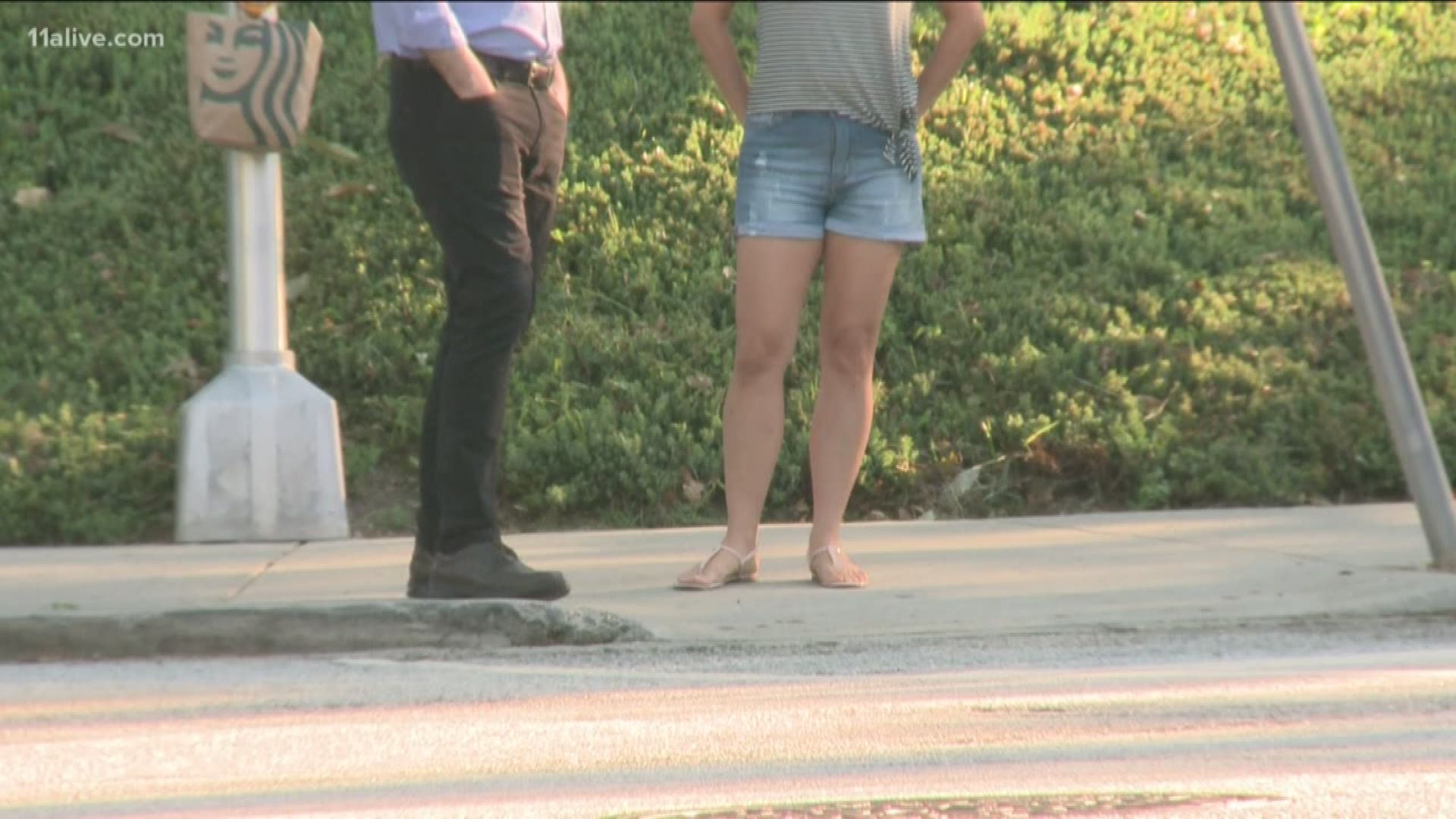 ATLANTA — A group of parents is asking Inman Middle School to change its dress code policy - particularly as it relates to girls.

Jennifer Keenan submitted a letter signed by 77 parents to Principal Dr. Kevin Maxwell at the beginning of the school year. Keenan, her daughter, and a group of other parents and students then gathered outside the middle school on Aug. 30 as part of a protest of the school policy.

Specifically, the group says two policies are too strict and unfairly target girls: shorts and skirts are allowed if they are mid-thigh length and leggings may be worn if the student’s shirt is long enough to fully cover the buttocks.

RELATED: Back to school: the private school and public school debate

Those policies are part of a set of clarifications to the Atlanta Public Schools dress code specific to Inman, developed by a group of eighth-grade students during the 2017-18 school year. The clarifications were then implemented in January 2018.

The group is calling for a uniform dress code across Atlanta Public Schools without clarifications or rules that only affect one school.

Keenan, the mother of a sixth and seventh-grader at Inman, said other parents say their daughters have given up on wearing shorts to Inman Middle School because they’re worried about being “dress coded” and removed from class.

She said she noticed during the first weeks of the school year, when temperatures were in the high 80s to low 90s, many of the boys leaving school were wearing shorts. But she said the girls seemed to be wearing all pants.

Keenan’s daughter, Charlotte, said she gets sweaty on her walks to school when she wears pants in the warmer months. Then she's uncomfortable the rest of the day.

“Boys’ fashion has long shorts; in girls’ fashion, the shorts are not that length,” Keenan said. “I cannot find shorts for [my daughter] to wear that meet the dress code at Target.”

As part of the Aug. 30 protest, some of the girls who took part wore shorts that violated the dress code with a note saying their parent found the length to be appropriate.

“I think Charlotte looks beautiful today and is perfectly appropriate for school,” Keenan said before seeing her daughter off to school during the protest.

Students were also encouraged to write #IAmNotADistraction on their arms as part of the protest. One student taking part said there was nothing distracting about her shorts and that if boys get distracted, it’s their own fault. Charlotte Keenan said the bigger distraction was when girls are pulled out of class and forced to call a parent to bring them a change of clothes.

A spokesperson with Atlanta Public Schools sent 11Alive a statement saying: “Inman’s clarifications to the APS policy were developed by a panel of 20 students (13 girls, 7 boys) in eighth grade during the 2017-18 school year. They developed the clarifications for their peers based on research of other student dress codes, including one authored by the National Honor Society. It was implemented at Inman in January 2018.”

The full APS Dress Code and the clarifications specific to Inman Students as provided by the APS spokesperson are below.

5.8.6 School Dress Code: All school dress codes must be in compliance with Policy JCDB. Unless a school uniform has been designated or otherwise specified, a student is expected to adhere to the following minimum school dress code requirements: