"The teacher was shaken," the superintendent said. 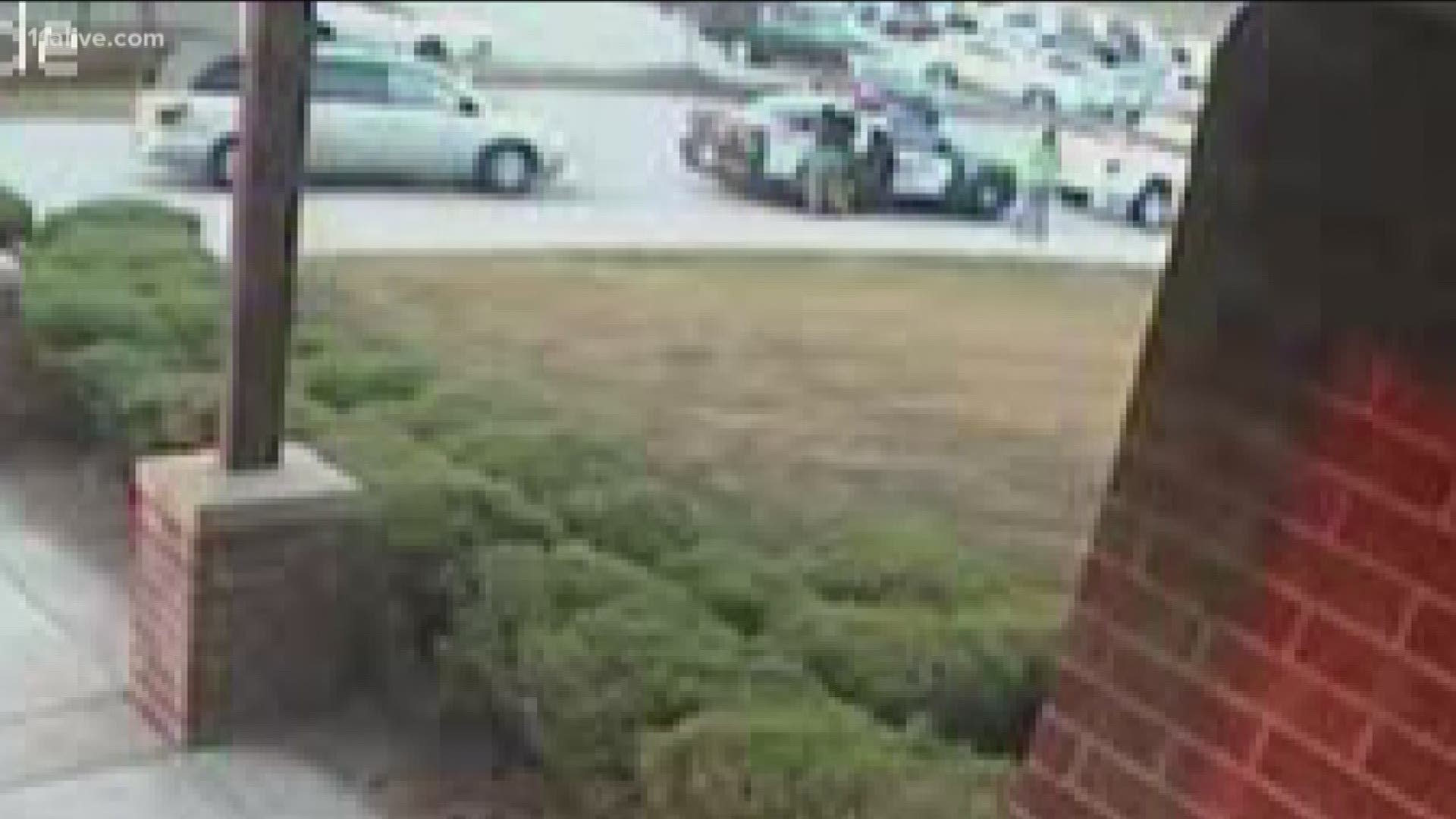 BUTTS COUNTY, Ga. — A teacher is recovering from a dog bite after a Butts County K-9 attacked her Wednesday morning.

Officials told 11Alive it happened at Stark Elementary as a deputy was taking his child to school.

“As he pulled up to let his child to go to school, the teacher had walked over to the car and opened up the back door of the car," Major Jeff Nix of the Butts County Sheriff's Office said.

The dog bit the teacher on her upper arm, Nix said. The teacher's husband spoke to 11Alive and said she is getting and MRI today, as doctors still try to determine the severity of her injuries.

"On this particular door here, it's what we call the 'bail out door,' so once that particular door is opened, the K-9 just basically went off instincts and training," he explained.

The sheriff's office said the deputy, who was in a marked K-9 patrol car, tried to warn the teacher not to open the door.

"But she had gotten to the car beforehand," Nix said.

The deputy reacted quickly and gave the dog verbal commands to let go. The K-9 released and the dog was placed back inside of the vehicle, he said.

The husband also disputed that characterization of events. He said the dog was given multiple verbal commands to let go and would not until it was physically pulled off the teacher.

The teacher was taken to the hospital for treatment.

“The teacher was shaken," Smith told 11Alive over the phone. "She had a tough morning.”

READ: Puppies rescued from dumpster found to be deaf

Smith said about five students witnessed the attack and counselors are available to speak with the students.

Nix said the sheriff allows deputies to use their patrol cars to take their children to school because it allows them to have an extra presence there on school grounds.

After this incident, the sheriff's office went over their policies and found that no procedures were broken. However, they did decide to make some adjustments.

“It’s just an unfortunate accident,” Nix said. "We are looking at things to try to ensure that this doesn’t happen again, and one of the things we’ve put in place is that no civilians will be allowed to ride with any K-9 deputies with their dog.”

Nix said the dog is still with his handler.

“We’ve got a process in place where the dog will be evaluated to make sure the dog meets our standards," he added.

Smith said the teacher is expected to be fine.