It upset the students so badly they left the classroom and alerted other adults. 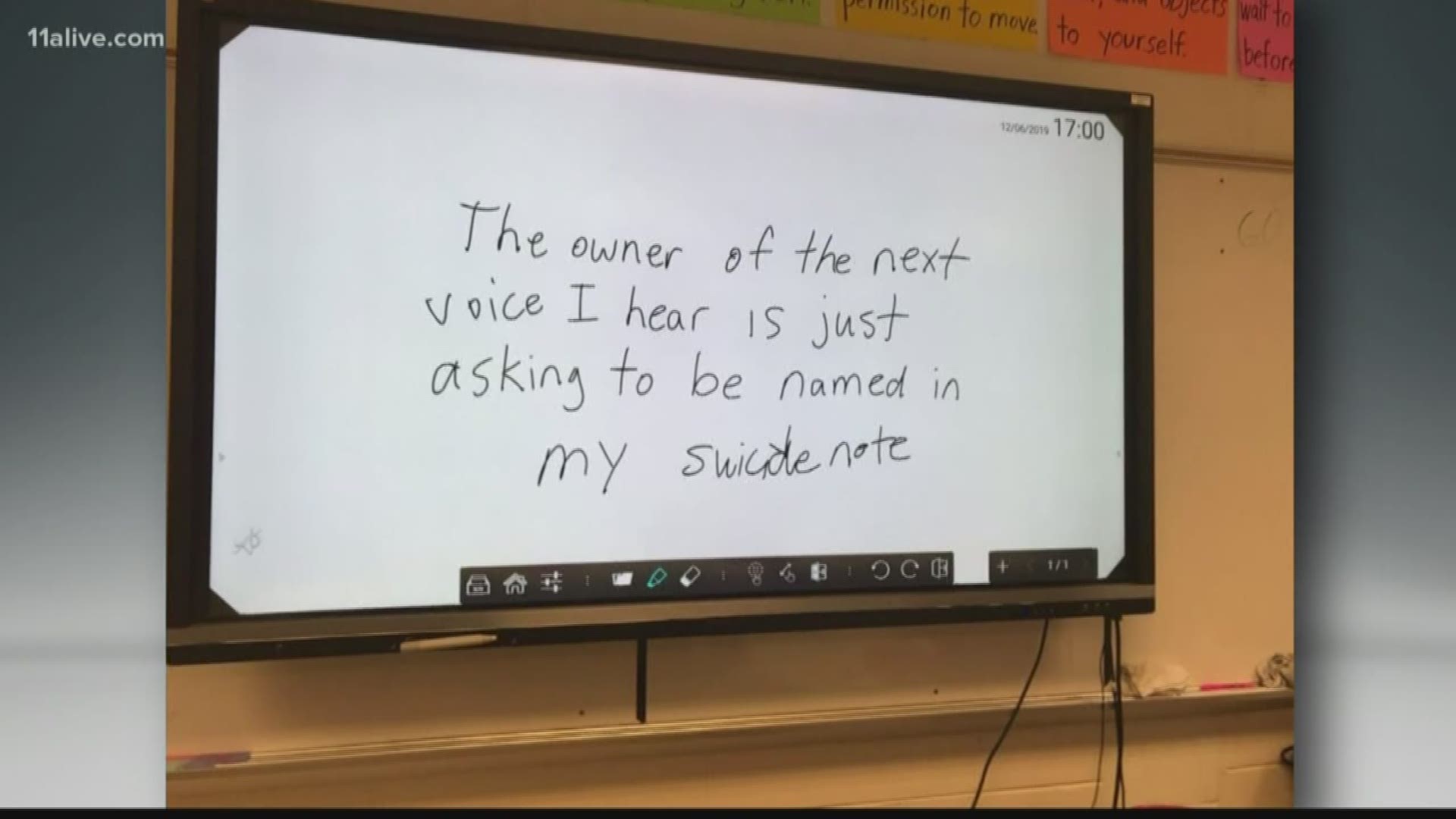 DEKALB COUNTY, Ga. -- Students at Lithonia Middle School were in science class when their teacher projected a message reading, “The owner of the next voice I hear is just asking to be named in my suicide note.”

It happened on Dec. 6 and DeKalb Schools officials said the “concerning statement” was displayed during that teacher’s last class of the day.

“School administrators were made aware of the concerning comment displayed on the whiteboard, and the incident was swiftly handled.”

The school district did not identify the teacher but acknowledged that it happened and said “the safety and well-being of our students and staff remains a top priority.”

They also said the teacher submitted a letter of resignation.

A mother told 11Alive’s La’Tasha Givens that the students were shocked and angry when they read the message.

“They ran out of the classroom screaming, yelling even use of profanity. They were shocked,” she said.

The mom asked that we not use her name but said she wondered why a teacher with this type of mental health issue would be in the classroom. She said she talked with her daughter about what happened.

“It was a very difficult conversation. I had to speak with her about how we are all human and that sometimes we don’t feel well and it’s not something that you can see physically but it’s mentally,” she said.