A graduate believes his BLM speech was later edited when uploaded to YouTube. The school district apologized and said there was an internet connectivity issue. 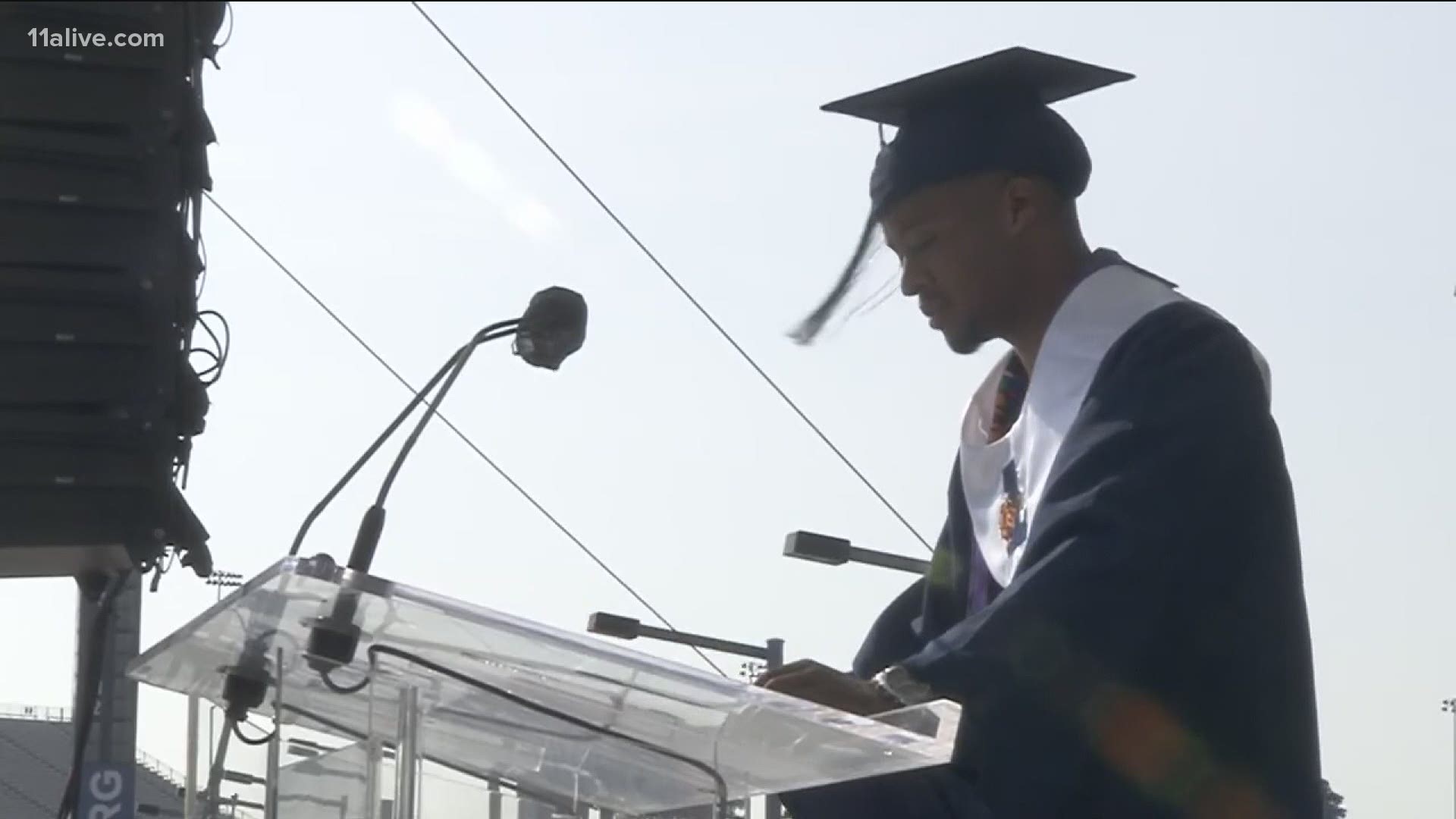 HENRY COUNTY, Ga. — It was Monday, June 2 at the Atlanta Motor Speedway. Luella High School’s Class of 2020 sat in the middle of the field, finally ready to graduate in person.

Jordan Jackson, the Class President, spent two weeks working on a speech with his English teacher and principal. He rehearsed it for his principal and staff several times.

“It brought them to tears when they heard my speech, and they couldn’t wait for me to deliver that speech,” the 18-year-old said.

On the morning of the graduation, Jordan took to the podium to deliver the nearly three-minute-long speech, which revolved around the topics of social injustice and the Black Lives Matter movement.

"It was powerful, and I was able to use my platform that I had to speak on what is going on this country, and that was important to me,” Jackson recounted.

A few hours after graduation, Jordan later received a phone call from his father, who noticed something wrong with the video, which could be viewed on Henry County School’s YouTube page and website.

Looking at the original video on the Henry County YouTube page, the video appears to jump over the moment Jordan says those words. Upset that the video appeared to be edited, Jordan’s family reached out to administrators at Luella High, who brought it to the attention of the school district.

Hardin explained the school district contracted a third-party vendor to live-stream and record all the graduations.

“The only thing that Henry County Schools did was allow access to our YouTube channel so the stream would go straight to it,” he said.

Hardin said the company was unaware of any portion of the video being missing and that any dropout was not the result of editing, but due to an internet connectivity issue. He furthered explained the graduation was not uploaded to YouTube, but rather the original live stream is what stayed up on the YouTube channel once the graduation was over.

“We recognize that there probably could not have been a worse time for the internet to be unreliable and to cause that dropout,” Hardin said.

The district and the principal of Luella sent apologies to Jordan and his family. In addition, Hardin said the video with the "glitch" was removed and immediately replaced by a back-up video that was recorded by the third-party vendor.

“So that everyone could hear what he said because it was so powerful,” Hardin said. “He really does have a powerful speech, and I encourage everyone to see his speech.”

Hardin said other graduations had similar glitches during portions of the videos.

Jordan and his family, however, remain skeptical that the comment was dropped due to an internet issue.

“'Black lives matter' is one of the most important and controversial topics of our time right now and for that to be ‘glitched’ out is ridiculous,” family said.

The high school graduate added, regardless of what happened, the experience taught him the importance of not remaining silent on issues that matter to him.

To prevent anything similar from happening in the future, Hardin said all graduations will continue to be live-streamed but will be immediately replaced by the full recorded version after the live-stream ends.

1 / 10
Maria Martin / WXIA
The words Black Lives Matter was painted on the path of the Atlanta Beltline.