Making connections: how districts are getting creative to provide digital resources

One of the biggest struggles of transitioning to virtual learning is connectivity. Creative ways of providing the internet are connecting people. 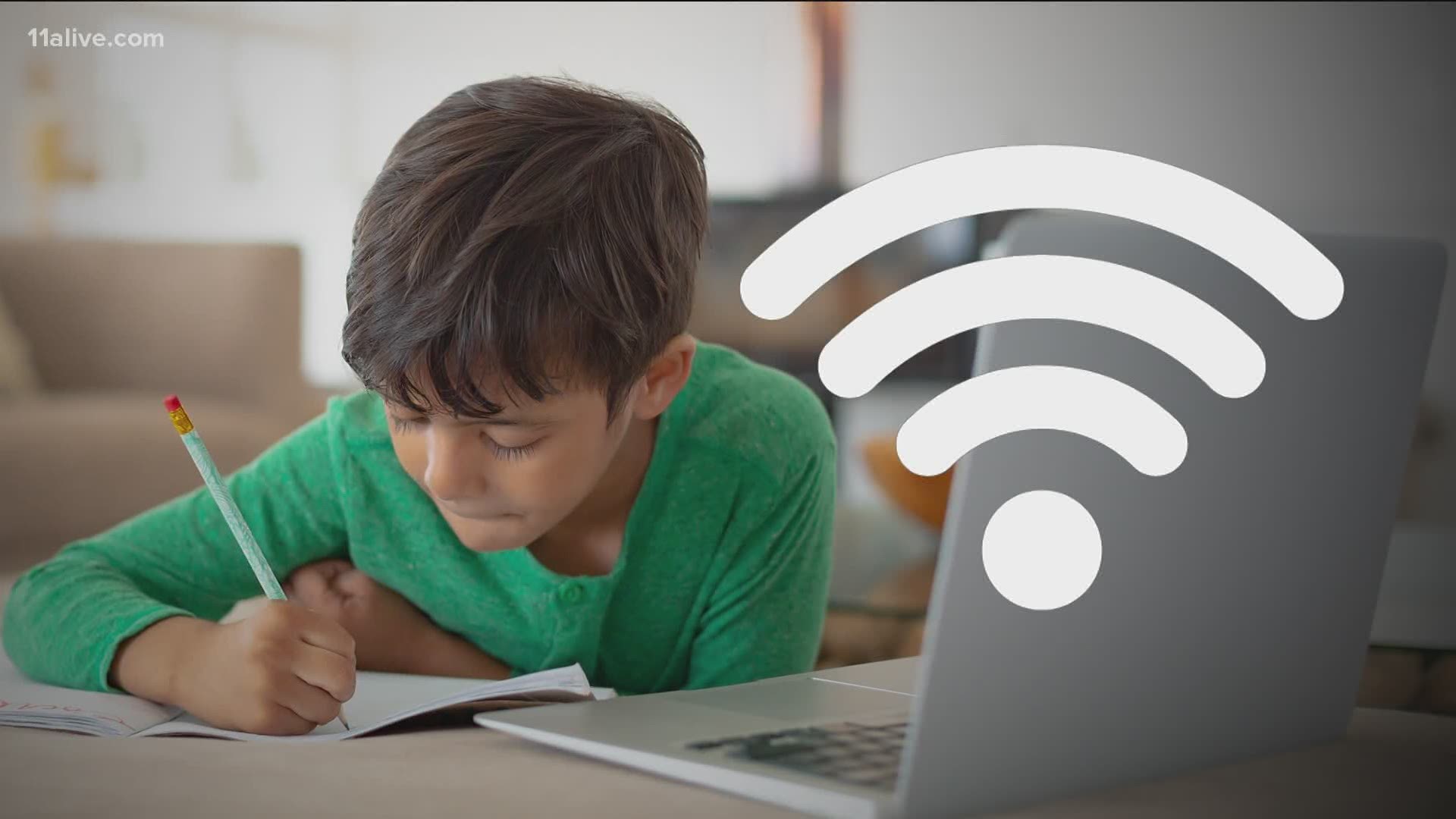 ATLANTA — Welcome to the classroom of the 2020 pandemic, where everything is 100 percent virtual.

One of the biggest struggles of transitioning to virtual learning is connectivity.

Not every family has a laptop or internet. If they do, many families don’t have one for each school-aged child that is now learning from home.

School districts across the metro are trying to ease that burden, but they’re having to get creative.

Marietta City Schools, Atlanta Public Schools, and DeKalb County Schools are just three of the districts going all virtual into the new school year. It’s a decision most can agree is not ideal.

“It takes a lot to sit for a while and talk to a device. We miss human interaction,” Dr. Lisa Herring, the Atlanta Public Schools Superintendent, said.

“You can’t have a device and not have the basic Wi-Fi right? That’s a real challenge. And if your Wi-Fi is interrupted every 5-10 minutes, how effective is that engagement?” Dr. Herring asked.

Marietta City Schools Superintendent Grant Rivera can relate. He scrambled to pull together hot spots and devices for students in his district after the sudden shift in March. Going into the new school year, he wants to make sure every child that needs a device has one.

“I can think of an example of a family that pulled up with five children, and she said, ‘I’ve got two laptops, but can I get three more? And I think I need another hotspot.’ And literally we are just trying to meet the needs of our children, so therefore they don’t fall through the cracks of this pandemic,” Dr. Rivera said.

Districts across the metro are doing everything they can to remove at least that hurdle from this new way of life.

Atlanta Public Schools predicts they’ll hand out 6,000-10,000 devices and hotspots. Atlanta Public Schools (APS) has partnered with Comcast to launch the Get Our Kids Connected campaign where eligible students will receive 12 months of free high-speed internet and/or a free laptop that they can keep forever.

DeKalb is purchasing Chromebooks for students that need them Pre-K through 12th grade. The district has also created a page to help families get comfortable with the software.

Cobb County says the district will be providing as many devices (including tablets and laptops) as possible to students who do not have devices at home, though not every request can be accommodated.

Gwinnett, the state’s largest school district, will check out Chromebooks and internet hotspots to students, based on need. The District says it won’t be 1:1, but in preparation for the new year, they bought $1.3 million in Chromebooks and $3.8 million in mobile hotspot devices to make sure they can cover the need. Here’s what their digital instruction will look like.

Marietta City Schools will also be checking out Chromebooks. They gathered hotspots from three different vendors to compile the technology they needed. They’re looking to buy 100 more hotspots as families’ needs change.

“We had to literally cobble together. We would go to one vendor and they would say, 'OK, we’ve got these hotspots available,' and we bought up all of those that we could buy, and then we went to another vendor and they said, 'Well we don’t have traditional hotspots. We have cell phones and we could deactivate the cell phone part of it but activate the Internet part of it.' Literally it felt like duct tape and chicken wire pulling it all together,” Dr. Rivera said.

But it worked. As a result of providing what they needed, Dr. Rivera says 97 percent of their students kindergarten through 12th grade connected with their teacher digitally during the time school was suddenly closed in the spring.

He knows fall semester will add another challenge.

“Now we’re starting without six or seven months of a relationship. We’re going to start with two names and hopefully kick off the school year leveraging the technology so they can build the same relationships they had last spring,” Dr. Rivera said. “We have to remove every single hurdle that exists and that’s why providing Chromebooks, providing hotspots, training kids, training families on how to leverage that resource is going to be even more important.”

In May, 448 internet-enabled school buses were deployed to 36 rural counties. Thanks to a five-month donation by AT&T, these buses will continue to park in areas of highest need and provide a Wi-Fi bubble through the start of the school year.

The governor’s office confirms that GaDOE is working on a solution to provide service with different providers for the remainder of the 2020-21 school year for devices.

In the meantime, the GaDOE has partnered with Verizon to help provide internet access for distance learning not only in Georgia but in 10 neighboring states.

Marietta Superintendent Dr. Rivera says the internet-enabled school buses were overwhelmingly popular, so they’re bringing them back this upcoming year, too. They’ll be parked in 7 different locations.

Not only has it allowed the district to keep paying their school bus drivers, but it has also enhanced connection far beyond what the internet can provide.