We surveyed 29 schools. What we learned is that no plan is the same. 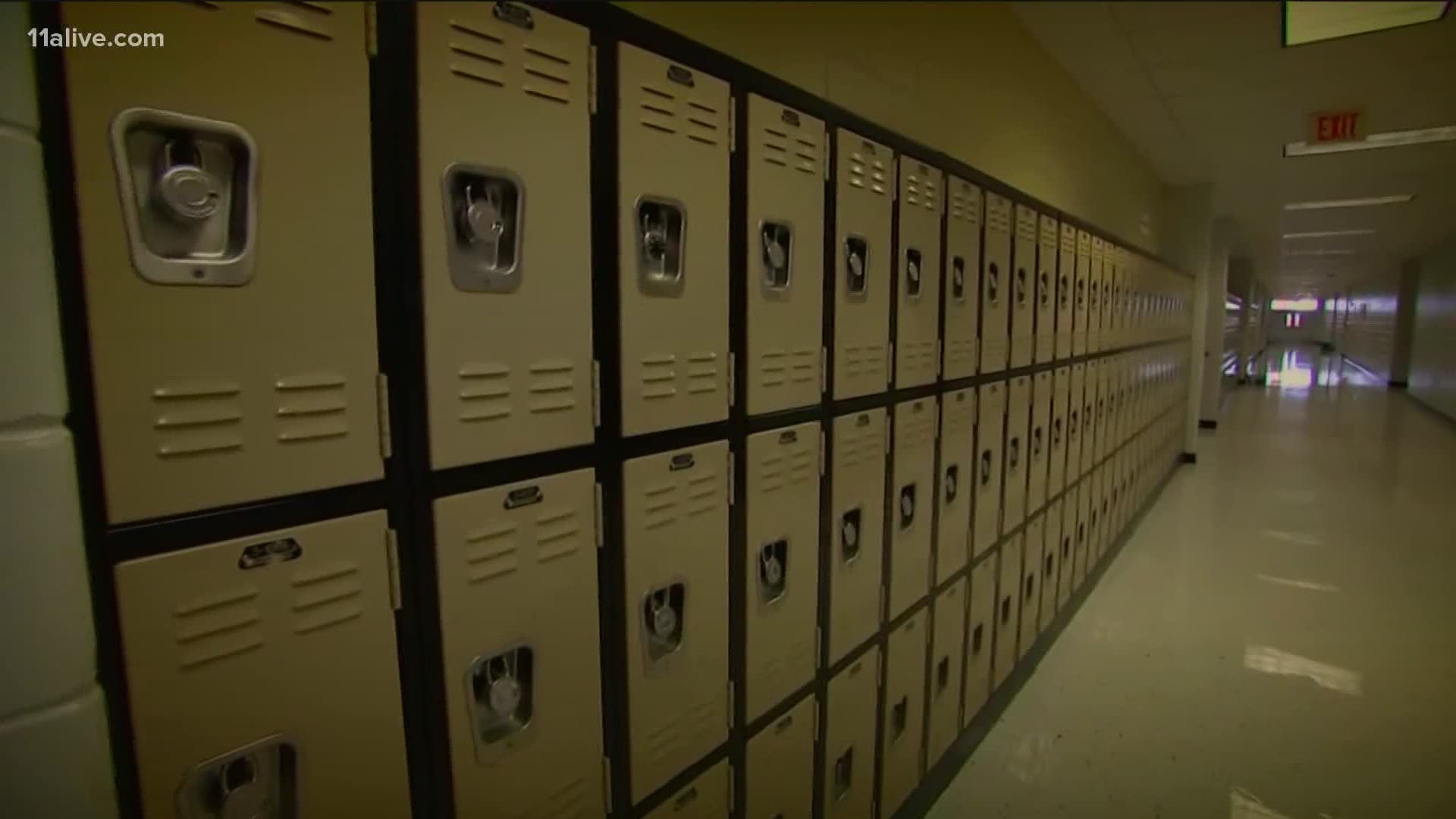 ATLANTA — Ayden Gibbs loves riding a horse. For him, it's more than recreational, it's therapeutic. Ayden has autism.

“When we drove up, he was upset, he was screaming and I was having to hold him down to get him up here, but after coming off the horse, he’s as happy as can be,” explained his mother Cortney Gibbs, as Ayden sat on her knee beaming with joy.

Gibbs said it's a life saver - but so is getting her son back into the classroom. She said the virtual instruction at the end of the last school year didn’t work.

► School COVID procedure database at bottom of the story

Eight metro districts have now gone back to school. All but one gave students a choice whether to attend in person or online.

Gibbs has nervously watched as several classes in Cherokee County have been put in quarantine because of COVID-19. She’s seen the pictures of crowded hallways and knows Barrow County opted last minute to shift to virtual learning because too many teachers came into contact with the virus.

The Reveal surveyed 29 metro area school districts about their safety protocols. Fourteen plan to open their doors to students. Of those, two will require masks for staff and students, at least when social distancing is not possible.

Five districts will take the temperature of every student each school day: Polk and Hall counties, Atlanta Public Schools as well as Rome and Marietta City Schools.

Floyd and Bartow counties have specific infection rates that will cause a school to change how it is teaching classes or shut down in-person learning altogether. The remaining school districts told The Reveal, they plan to take it day-by-day and rely on Georgia Department of Public Health guidance.

Two school districts, Cherokee and Floyd, have given parents a way to track, each week, the number of cases in each school.

See our survey results below to see some of the COVID-19 procedures your school district and others around the metro are doing.

Districts we spoke to say they are learning from others on best ways to keep children safe. Polk County Schools says after we showed them our data, they decided to create their own notification system to alert parents of potential COVID cases in each school.

DeKalb Board of Health Director Dr. Elizabeth Ford said the risk to children is low, but she’s still concerned. DeKalb’s school board has voted to start the school year with students attending online.

Since March, 13,675 school aged children in Georgia have tested positive for the virus. That’s less than one percent of the more than 1.7 million students in the state. So far, 185 have needed hospital care.

“The symptoms of COVID have been expanded dramatically. First, you know, it was shortness of breath … but now we’re talking about nasal congestion,” Ford explained.

Cases in children in Georgia started to increase in July, and a CDC report about an overnight camp in the state where over 200 children and staff tested positive for COVID-19, has some worried how far the spike will go.

“Teachers, cafeteria staff, bus drivers who may not have that robust immune system that, you know, a nine-year-old has, could be at a much greater risk," Ford said.

Gibbs’ son attends class in Forsyth, a district that is offering parents a choice. According to data provided by the district, 85 percent of students that attend his school, Chattahoochee Elementary, have opted to return for in-person instruction.

“I’m his parent and I know what works for him, but I’m not a teacher and I’m not a therapist and, for him, everything we’ve worked for since he was three years old – he’s been in therapy. And I feel like that would all just go down the drain,” Gibbs said.

No right or wrong answer in sending kids back to school, says Cherokee County mom

Cobb schools to begin with remote classrooms, then move to phased approach for face-to-face instruction

CDC warns doctors, parents to be on lookout for rare polio-like disease in children